“I used to be that ‘last player’ to be considered in group events in school and colleges, but the fire in me set the ball rolling. I took their criticism as a challenge.” Diagnosed with polio in the right leg and right hand, and having had to wade through complex surgeries since birth, para-shuttler Anand Kumar had a slew of difficult decisions to make while traversing almost always on the difficult road. But then, isn’t that what made his pursuit all the more worthwhile?

Not very long ago, it was he who became the World No. 1 in para-badminton ranking. With a total of 110 medals in his kitty, a few can match up to his achievements at overcoming adversity with a spirit not many can bring fruition to. Imagine somebody telling you that he started playing at 19, and his next big target is to bag an Olympic medal at 41. Are you bowled over? “After playing 18 years for India, I believe my journey would be incomplete if I do not play at the Olympics. I have to play there. I want to concentrate on the 2024 Paralympics. That is like my next big target,” says Anand, with a gleam in his eyes.

Age is just a number, folks!

While the pressure mounts with every milestone that he crosses even at this age, the current World No. 7 is pinning all his hopes on a focussed routine for his forthcoming pursuits. But, wasn’t age something of a bother? He smiles. Then avers, “I have never felt like that. I never feel like I am 36. Age is only a number. It is only fitness that matters. Someone from Thailand became a World Champion at 51.”

Having broken the vicious cycle of ‘pity and sympathy’, life was not always a smooth pitch to bat on for Anand. Because physical disability is treated as a conditioning facet of one’s identity. Anand is perhaps not fortunate enough to attribute his success to his family. “The family support is absolutely zero. There was nobody in the family from a sports background. Even now they would nudge me, ‘Why do you want to continue when you are not benefitted from it? They have a tendency to understand things from a financial spectrum. Because playing badminton is not helping me financially.”

One will beam with pride at the sight of a promising talent in Anand fighting not just societal, but a physical hindrance to reaching the pinnacle. Given only a few could have predicted just how integral he would become to the narrative of international competitions in the long run, Anand admits that he never thought of playing badminton at a professional level.

Finding a coach was the biggest hurdle

However, the one thing that Anand regrets now is the lack of a proper coach during the initial years. “I never intended to become a professional badminton player. I wasn’t yet aware of para-sports. I remember having met a player who represented India in the deaf and dumb category. That led me to move in the other direction. That’s when I took up para-badminton.”

Sporting victories aside, Anand also runs a Badminton Academy of his own in the city where he has sponsored three underprivileged kids in training and equipment. Players like Anand is today cruising past the barriers that keep them within bounds and guide them to rise with flying colours.

And, we can’t be more proud of him!

On a mission to scout baseball talent PAN India, Premier LeagueBaseball (PLB) in association with ‘The Bridge’, talks to once a baseball player and...
Read more
150,260FansLike
13,682FollowersFollow
7,898FollowersFollow 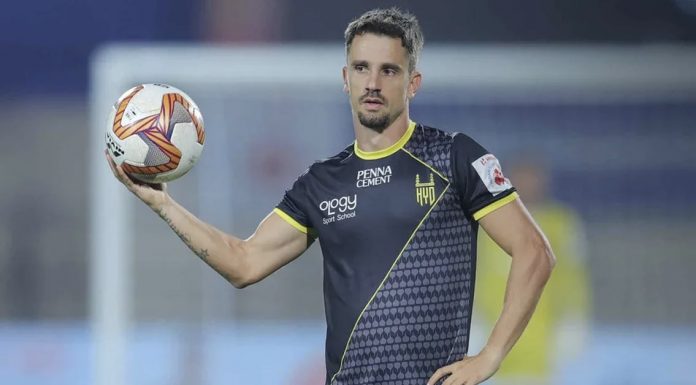 Press Trust of India - Modified date: September 26, 2020
Nine overseas recruits, eight footballers from Brazil and one from Fiji - are set to become the first foreign professional sportsmen to arrive in India, amid the COVID-19 pandemic, for the lucrative Indian Super League (ISL). The next edition of the country's premier football...
Read more