Vishnu recounts his season and also talks about how life has been difficult on tour financially, especially after the Telangana Government took away his funding, and a lot more. It’s been a tough season for Olympian Vishnu Vardhan, especially after the highs of last season, where he and Sriram Balaji qualified and made the 2nd round at Wimbledon.

Vishnu recounts his season and also talks about how life has been difficult on tour financially, especially after the Telangana Government took away his funding, and a lot more. Excerpts below:

Q) You’ve made two finals this season. How would you describe the season?

I started playing around summer this season. So if you consider that, I’ve had a decent season. And I am happy to have finished strong. I would have loved a title in Pune, but it was good all in all. I also had a few niggles through the season, but it’s been good overall.

Q) You took a bit of a break due to personal reasons at the start of the year, around the time you were at a career-high and moving up the rankings. How tough a decision was that?

One main reason for the break was that my funding got cut by the Telangana Government right after Wimbledon. By the end of the year, I had exhausted all my funds and was actually contemplating if I should take this path or not. So it was really hard to make a comeback as the expectations were on me, having been at a career-high last season.

I had a few mixed results because of these reasons, but I still managed to play 20+ tournaments this season and managed to keep myself healthy. This puts me in good stead to start the new season.

Q) You’ve played with a lot of different partners this season – Bala, Toshi San, Praj/Ram on and off. Any plans to settle down with a set partner next season? Maybe Toshi San?

Me and Toshi (Matsui) had a good circuit in Korea. We were planning to continue, but then I had to go to Europe to play a few club matches, while he wanted to do Asia.

Also, Bala and I played a few tournaments in Germany, had a couple of good wins. But we thought we didn’t really click after coming back. Moreover, he was looking at a different schedule, since we were at different stages in the rankings path. That’s when Toshi and I got back together. We have had good results, and we plan to start the next season together. We are looking at building a partnership together.

Q) What do you make of your partnership with Toshi San?

I’ve played with Toshi before and have a title too. So we know each other’s games everywhere. Our strengths are our serves and our volleys are our strengths, and I think we complement each other very well. Also, we have been training together during tournaments. So, I think we could build a good partnership as a team.

Q) You also tried your hand at club tennis in Germany and coaching alongside. How was that experience?

I did a full season this year, played all six matches. Normally, I play just 2-3 matches. I helped my club stay in the league. I was 3-3 in singles and had a clean record in doubles. Also, I got a chance to conduct a few clinics and camps, when I was not playing. So that helped me cover a few of my costs as well.

Q) What are your goals for next season and beyond?

The main goal is to be able to 25+ tournaments. Rankings-wise, I want to be Top 150 so that I can be in the main draws of Slams. And obviously, after that, try to get into the Grand Slams. But as long as I can play tournaments with a set partner, I should be able to do well.

We also caught up with Toshihide Matsui, the 41-year-old Japanese warrior, who’s still going strong in the singles as well.

At 41, Matsui is the oldest player on the ATP Challenger circuit. When he played Taiwan’s upcoming 18-year-old Chun-Hsin Tseng and was beaten, in Shenzhen earlier this month, it was the largest difference in age ever in a Challenger match.

Q) You are 41 and still give a lot of guys a run for their money in singles. Please tell us your secret.

There’s no secret. I try to be in good shape, both mentally and physically. I am not a scientist. Maybe it is our food and culture. We had WTA player Kimiko Date Krumm who played singles till the age of 47. We have a couple of other players in baseball and football also. So age is just a number.

Q) How has it been playing with Vishnu this season? How do you think your games match up together?

I think we have good games and chemistry between us to play together. I have a good feeling that we can make it to Grand Slams and win a couple of rounds there, probably make quarters or semis even. We are good enough to get through Challengers, 250s, etc.

As he said, he is having trouble with funding. So I would like to invite Indo-Japanese companies to come forward and support, as we really are optimistic about our breakthrough in the coming season. It’s time to invest. We are like the IPL! (laughs)

This article was originally published on indiantennisdaily.com

Time and time again, we have drawn plenty of inspiration from our sports icons who has come forward to lead by example. Not only...
Read more
129,194FansLike
11,359FollowersFollow
6,949FollowersFollow 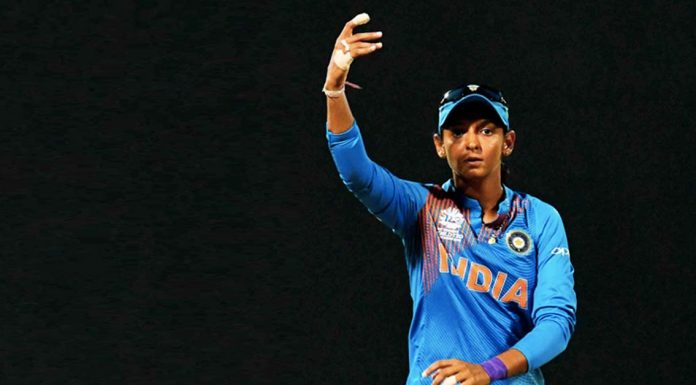 The Bridge Desk - Modified date: March 27, 2020
Sitting at her home skipper of Indian Women's T20 Cricket Team decided to have a Q&A session with her followers which is when she was asked what had she learnt from Mithali Raj.
Read more