Saikhom Mirabai Chanu is back. After a gap of almost four months, the former World Champion is now completely free from injury. A severe lower back injury had earlier ruled her out of the 2018 Asian Games and World Championship, the latter being the same tournament where she had raised Indian national flag on podium with gold in 2017.

In spite of the blow, the 25-year-old weightlifter from Manipur believes the painful three month stay at a rehab in Mumbai has worked for her.  Speaking from Sports Authority of India (SAI) centre in Patiala on Sunday, Chanu clarified, “I had watched the Asian Games and the World Championship (November) in television. I used to follow closely the top weightlifters, the change in their technique and style. The same weightlifters were also my opposition in the 2017 World Championship as well as in Rio Olympics.”

“More importantly they are going to be my opponents again in the upcoming international meets. So watching the top weightlifters in TV has helped me a lot in my preparation,” added the Olympic medal hopeful.

Mirabai who has resumed training, particularly mentioned about Asian weightlifters. “I have competed with Asian weightlifters at the Rio Olympics and 2017 World Championship. I have followed their performance at the Asian Games. All of them have matured a lot, changing their style and technique. It has helped me immensely after I resumed training.”

Chanu has set a target. That is lifting 215 kg. She has written the number on her diary as well. “Everyday before going to bed and before the start of my training, I look at the figure. I know it will not be possible for me to cross the 200 kg weight bar in the forthcoming Asian Championship. So I have set it for the 2020 Tokyo Olympics. Looking at the figure everyday I feel motivated,” she exclaimed when the reporter asked her target.

The former World Champion has another point to recharge herself. That is the negligence of country’s attention towards the sport of weightlifting. Very few people from her fraternity had called her to enquire about her recovery. Chanu described, “After getting over the initial shock, I told myself everybody will discuss about me only when they will see me on television. I will have to move forward and regain my old status. Nobody except my family members had called me in the last four months.”

Chanu whose best performance in recent times was in Gold Coast Commonwealth Games (after she lifted 196 kg), concluded saying, “I will be able to analyse after the Asian Championship on where exactly I stand on my fitness. My eyes are on the World Championship again this year and obviously on the Tokyo Olympics.”

In a two-part series, we took a look at how the qualification system for Weightlifting at the Olympics has evolved over the last few editions.

Part 2 of the article focused on what our lifters have to do to qualify for the Tokyo 2020 Games. 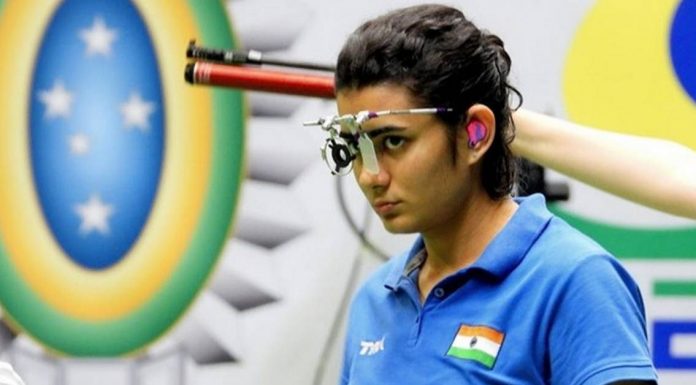