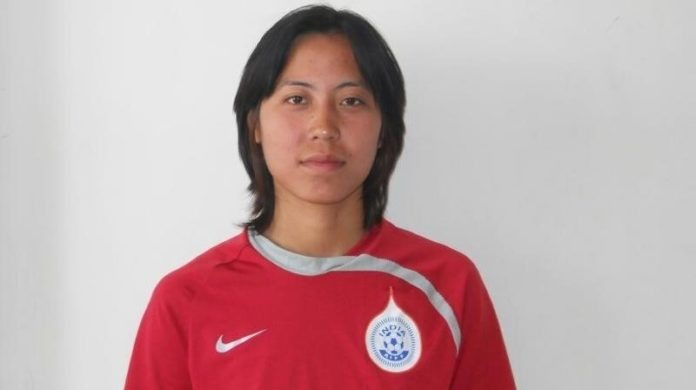 More people are talking about Indian football than a few years ago. India has hosted an Under-17 FIFA World Cup, has a “glamorous” top-tier league (or two), the number of players earning a decent wage is on the rise and sports administrators don’t dismiss discussions on the structures to be put in place as vehemently as before.

Disillusioned old supporters are beginning to be more optimistic about the prospects of the national teams while few more among the urban middle-classes dwell upon “ab fan banna padega!”.

However, it would be fair to say that all the noise seems to have sadly, and almost entirely, bypassed the Indian women’s football team.

It seems to be something that Ngangom Bala Devi, the captain of the team, isn’t too surprised about. In her long underwhelming career, she’s made peace with low expectations and pale disappointments. For example, just a few days after having watched her favourite player Lionel Messi bow out of the World Cup, there came the news that the women’s team, who had prepared for days at Bengaluru, were to be excluded from 2018 Asian Games delegation by a self-righteous IOA on the flimsy pretext of becoming “also-rans”.

Strolling at the Manipur Police grounds, where she mostly trains when she is at her hometown Imphal, Bala recalls her favourite memory to be the carefree days she spent playing football with the neighbourhood boys. “They used to fight to have me in their team!” she quips while thanking her supportive father for giving her the first football lessons. Her twin sister Nandi was her partner in crime then, as they went about demolishing young male egos in the field close to their house every evening.

Bala’s early days with the sport were much removed from the low flame mode with which the women’s football ploddingly boils away these days. Things unfurled at a brisk pace. By the age of 11, in 2001, she was playing in district level competitions for her club ICSA. Within a year, she found a place in the Manipur Under-19 team and won the player of the tournament in the national championship.

Also read: Sports authorities do not have any faith in us |By Aditi Chauhan

The thing that influenced her rise to be one of the most excellent players of Asia, as she is often considered, was the strong women football culture at Manipur. In as early as 1976, at Polo ground, Imphal, amidst unrelenting political unrest, the first state-level Women’s Football League tournament was organised where the ESU (Eastern Sporting Union) club emerged winners, while TRAU (Tiddim Road Athletic Union) were to be the runners-up.

Since the All India Football Federation (AIFF) introduced the Indian Women Football Championship in 1991, the Manipur football team has won it an unprecedented 17 times. Tournaments have been held at various age groups, and women have been encouraged to participate from a young age. “As a child, I idolised Tababi Devi di (former India Captain). She was a powerful and gifted striker, and I always wanted to play like her,” Bala remembers.

That Bala is a goal machine is an understatement. In the 64 games that she has gone on to play for India at various levels since 2005, she has scored 79 goals! “I love my headers, especially the diving headers!”, she says when quizzed about her favourite goals.

The highlights of her career have come in the SAFF championships in the years 2010 and 2014. In the 2014 sports edition, she scored 16 goals in just five matches! She managed to find the net four times in the final as India defeated Nepal 6–0 to claim their third straight SAFF Championship crown.

This brought her the 2014 Women’s Player of the Year award by the AIFF.

Bala is known for moments of dizzying skill. In a brief moment of self-praise, she admits, “Watching defenders getting awestruck with something I do, sometimes even letting out a frozen mouthed gasp is the thing I enjoy the most while playing!” However, things haven’t been all rosy.

“Unless one lived in Manipur, one wouldn’t know how difficult it was to travel out of here, even to Kolkata. And then, there were communication issues, not just while travelling but also to gel well with the team. I almost decided to quit. But things became better. I picked up some Hindi while most other girls began learning Manipuri! AIFF has also become more considerate of our travel needs.”

After initial challenges, Bala has hardly looked back. Off late, her achievements have been diverse. She won a gold medal with the Manipur team at the 2015 National Games. Later that year, she was selected to play for the New Radiant SC club in the Maldives Women Championship along with her state mates Bembem Devi and Ashalata Devi. She claims that her time at the Maldives was the “best experience” of her life.  Her performances were fantastic (20 goals in the six games), and she fell in love with “the exquisite beaches” and “the amazing passion of all fellow Muslim players who played after a hard day’s of work in their full sleeved outfits!”. 2015 also saw her receive the second consecutive Women Player of the Year award.

The then captain Bembem Devi was to retire at the end of the South Asian Games at Shillong which meant that Bala was to take over the armband. Not only did she put in a terrific shift (scoring three crucial goals, including one in the final against Nepal) to ensure Bembem got the best of farewells but also boldly announced her commitment to take on her next challenge. Captaincy has meant that she has had to shift from her preferred No. 9 position as the striker to a No. 10 as the attacking midfielder. It has also meant fewer opportunities to score goals. “It’s for the team”, she says, “as a Captain, I must give the younger strikers a chance.”

Captaincy has taken her from the heights of winning the SAFF championship in early 2017 to lows of losing matches by a considerable margin in the Asian Cup qualifiers at North Korea. Bala doesn’t like to think about the latter much. It was a time when inadequacies like lack of team psychologist, shortage of match experience and absence of skill-specific coaching were to expose and sting the team. “I don’t know what was happening. We used to play well but completely break down in patches. As a Captain, it was a painful experience”.

Luckily a 2-0 victory over Malaysia in an international friendly was to come by later in the year, and that managed to lift her spirits up a bit and feel more optimistic again.

Bala has since played in the second edition of the Indian Women’s league earlier this year for the KRYPHSA club. Her team sailed through to the semi-finals before losing on penalties to eventual winners Rising Student’s club. The best part of the league, she says, was to see the emergence of new young players. “We were all wondering where all these players are coming from! It was refreshing to see so much talent. I think Pondicherry girl Sandhiya Ranganathan impressed me the most”.

Recently, by captaining the side that participated in the COTIF Cup held in August at Spain, she received the honour of leading the first Indian women’s football team to play a tournament at Europe. While the results were not in the team’s favour during the competition, the efforts and experience were well cherished by players and fans alike.

Outside of sport, Bala is calm and laid back. She enjoys all forms of music with Manipuri singer AJ Maisnam being her favourite! She is a self-confessed Martha fan and roots for her every time she can catch a Brazil game.  “I have got so many marriage proposals, but I think football is my only love!”, she says while recalling her disappointment with her twin sister Nandi, who she thinks “sabotaged her career by getting married so early!”.

She works part-time with Manipur Police but wants to give the coaching license exams whenever she can find the time.

For curious fans and well-wishers alike, “Please follow us” is her main and only request. She hopes for better IWL with “player auctions or a draft so that it can boost the confidence of the players”. She wants better age-wise competitions across the country. She aspires to be at a World Cup, if not as a player, at least as a coach.

At the Manipur Police football grounds, she is earnestly trying to learn or master a new skill every day. At 28, Bala Devi refuses to draw boundaries to her dreams. Little doubt that she deserves all our support.

ISL team Chennaiyi FC on Wednesday extended its contract with Brazilian defender Eli Sabia for the 2020-21 season, the club said. "I am delighted beyond...
Read more
ESports 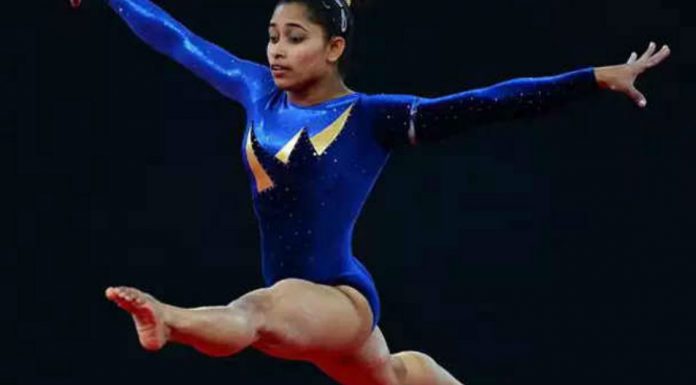 The Bridge Desk - Modified date: August 8, 2020
On this day in 2016, Dipa Karmakar scripted history as she became the first Indian to make the cut for the individual vault finals in her debut Olympic Games after finishing 8th in the qualifying round here. She became India’s first female medallist in gymnastics in Commonwealth Games of...
Read more