‘Khelo India’ was the recent big ticket sports policy implementation with an eye to achieving Olympic Glory, undertaken by the country. In a nutshell it was a kind of Junior National Games organized in the capital involving school going athletes amidst much fanfare, as is the norm of the times. While the intent is to be lauded, the fact that ‘its the best idea they could come up with’  should be a cause of concern.

This is the year when we get into the proper Olympic cycle for Tokyo 2020 and Rio 2016 still looks so recent. Soon Tokyo 2020 quota and qualifying events will begin and before you know it the Olympics will be upon us again. How much have we progressed in our quest for Olympic glory? What are the chances in Tokyo?….or beyond?

It will be safe to comment at this point that Tokyo will not be our best ever Olympic year. That would mean surpassing the six medals we won in London, 2012 which looks quite improbable, to put it bluntly. There is good news coming through in sports and we probably have also been able to maintain the rising graph, but Big Wins, specially in Olympic events continue to elude us, which is a problem. Those Big Wins uplift a total ecosystem of athletes and administrators both financially and psychologically. Gives us the chance of having more than one medal hopeful in a given sport and therefore a better chance at medals overall.

The game with the most hope Take Badminton for example, by far our strongest Olympic sport for a while. Outside the Olympics, the All England, the World Championships, Asian Games and Asian Championships are the Big Four in World Badminton to win apart from the Thomas, Uber and Sudirman Cups at the Team level. India still have a complete blank in all of the above in recent times.

Sindhu and Saina no doubt have come the closest to winning Big and you cannot hold anything against those two masterclasses….the bottom line however is, we haven’t won. I think the Commonwealth Games is the best that we have won apart from the BWF series events, which we are very strong at but they are basically pro tour events with very low memory-value globally.

So that needed to happen before something pleasantly unprecedented could be expected in Tokyo. Recent performances at the Badminton Asia Championships do not inspire that confidence.

Gymnastics on the rise but the Federation remains murky

A pleasant development has been a Bronze by Aruna Budda Reddy at the Gymnastic World Championships in Women’s Vault. ‘Veteran’ Ashish Kumar also reached a final at the World’s which basically tells us that there is now a semblance of a gymnastics system perpetuated in the country. Its a breakthrough medal and no mean feat make no mistake about it- being the first for the country at a World level competition.

Gymnastics gives you a shot at a lot of medals at the Olympics and its being an addition to the our list of medal hopeful sports is a good development.

Kudos to all those responsible to bring it to this level. Am sure there is a long way to go still but at least a start has been made.

Teeing off a new beginning in Golf Shubhankar Sharma has also burst into the world Golf scene with two magnificent victories on the European Tour across two continents and both away from home at the ripe young age of 21. His emergence along with Anirban Lahiri’s continued impressive showing on the world leading PGA tour bodes well for the sports chances from an Indian perspective at Tokyo. The Golfing graph of India has also been on a consistent upswing at a global level and we fans can take heart but again that Major victory, those big wins on the PGA Tour remain elusive, which leaves a medal in the Olympics more to chance than conviction.

The other ‘strength’ Olympic sports of India like Archery, Wrestling, Boxing, Shooting, Tennis, Weightlifting and Hockey are in a state of stagnation, as in either at the same level globally or a few notches down from their peaks which is the major reason for my predictions for Tokyo. The odd good news will trickle through at times in these disciplines, but nothing which can make the fan really excited on Olympic prospects. Women’s tennis and Shooting have shown some spark at junior and youth levels and it remains to be seen how the lot progresses.

What is happening at a real slow pace inhibiting the progress of the Olympic movement in the country, is access to quality infrastructure and training. The odd facilities are found nowadays mainly in urban pockets but clearly it needs to happen across the length and breadth of the country in a planned and systematic manner with clearly defined targets. In the hinterlands its still more passion than program.

What is killing our Olympic prospects further is the proliferation of sports agents, before a system of achieving real global success at a consistent level has been formulated. The buying and selling of players as commodities for commercial gains, is taking precedence over everything else.

Take the example of a Dheeraj Singh- the India U-17 goalkeeper who earned a name for himself with some eye-catching performances. The fact that he had a long way to mature before trying his luck at the tough pro-football lands of Europe was fairly evident. But he took the call to abandon regular game time with senior professional squads and instead hunt for a trial call from any however nondescript ‘European brand’ club. This is clearly ‘agents’ at work in the search for quick money. Someone’s got it all wrong.

So till the above anomalies are corrected, lets keep the passion going and hold on to the few sparks we have, because that’s the best we fans can do. 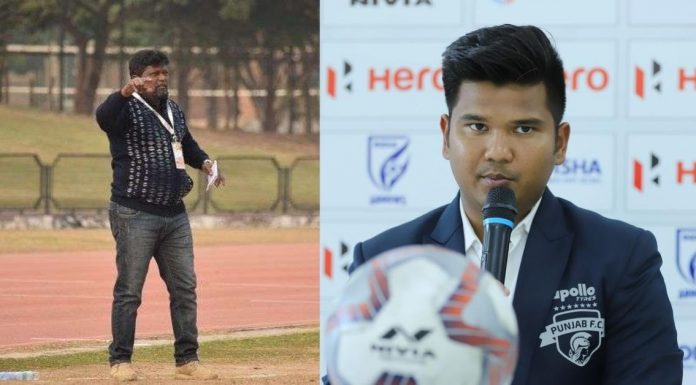