A week ago, India woke up to the horrifying terrorist attack in Pulwama, Kashmir which killed at least 40 Central Reserve Police Force (CRPF) personnel. The terrorist outfit, Jaish-e-Mohammed claimed responsibility for what was one of the most fatal attacks made on Indian soil.

Aftermath the attack, even before the government could deliberate on how to respond, a section of people sitting inside the newsrooms gave the chorus call to wage war against Pakistan. Floodgates opened on Twitter and hashtags akin to #IndiaWantsRevenge started trending. Social media soon became a demarcated territory between the ones who wanted an action-based response and others who stressed importance on peace-building efforts.

Soon after the attack, the Ministry of Information and Broadcasting (I&B) circulated an advisory to all private TV channels to be mindful of broadcasting content about the “recent terrorist attack” in Jammu and Kashmir. The ministry advised channels to be particularly cautious concerning content which is likely to incite violence or affect the “integrity of the nation.”

Despite such advisory, several news channels resorted to set the template of posting on their Twitter handles the promos of primetime shows brimming full of revengeful overtones. The mourning and condemnation took a backseat to discuss speedy retribution.

Republic TV, always canonising its way through sensationalism, repeatedly started bombarding with their hashtag #IndiaWantsRevenge. Supreme leader Arnab Goswami, with his decorated set of panellists, threw the question – does India have “any other option but to hit back?”

Second to Republic was Goswami’s former organisation Times Now, where anchors Navika Kumar and Rahul Shivshankar who were debating on the topic of how India will avenge the death of its soldiers? Many other news channels joined the bandwagon which was paced by Goswami.

In the course of a week, we witnessed how debates inflated ranging from severing all ties with Pakistan to declaring the country as a terrorist state. Distorted reasoning, espousing to war, birthed purely out of emotions has been able to polarise the mass. Punctured ideas of patriotism have incited more violence across the country where even innocent Kashmiris, residing out of their state, have been targeted.

When it comes to Pakistan, India has a status of ‘most favoured nation’ with its neighbours. One of the significant ties we share between us is of our culture and sports. From music, movies to cricket, India-Pakistan has always drawn a considerable chunk of attention.

However, following the Pulwama attacks, one of the prime focus of retaliation has been severing all sporting ties with Pakistan. While many Indian personas have dimmed it fit to call for a ban on sports with Pakistan, once again, Arnab & co. were the bellwethers to take up this discussion on national television. #BoycottPakistan was the highlights of Republic TV’s Twitter handle on the 20th and 21st of February.

Arguably, South Africa’s apartheid regime hit a halt in 1994 because of its isolation in the global sporting stage through much of the 80s. India today is also hoping similar consequences for Pakistan so that the ‘rogue nation’, consigning terror to India learns a hard lesson. The problem lies, however, in the conditioning of opinions shaping through these primetime debates every night at nine, instead of something concrete, is just a sordid saga of vengeance. To put things into perspective, the unbridled media trial is costing India dearly when it comes to the crucial sporting milestones.

Unlike the apartheid menace that had plagued almost the entire world, India is trying to stir the world opinions for a terrorism problem confined to its geography. Trying to ban Pakistan from international sporting events is almost virtually impossible, and the very first attempt to do so went against India’s favour.

After Pakistani shooters were denied visas for the ISSF World Cup in New Delhi, the International Olympic Committee (IOC) on Friday decided to “suspend all discussions” with India regarding the hosting of global sporting events in the future. The IOC also decided to withdraw the Olympic qualification status for the men’s 25m rapid fire event from the ISSF World Cup in New Delhi which is set to begin from Saturday.

Two Pakistani shooters, G M Bashir and Khalil Akhtar, who were denied entry to New Delhi, earlier wrote to ISSF asking for Olympic quotas be withdrawn from the event where they are restricted to participate.

On being reached by the ISSF, the International Olympic Committee (IOC) scrapped two of the 16 Tokyo 2020 Olympics quota places up for grabs in the tournament. Three Indian shooters, including 17-year-old Anish Bhanwala, gold medallist in men’s 25m rapid fire event at the 2018 Commonwealth Games, are participating in the World Cup. With such opportunities on the card, India had an added advantage of qualifying because of the home soil factor.

Though ISSF had already warned India of consequences, the Sports ministry failed to take charge in hands to bring the situation under control. “In spite of intense last-minute joint efforts by the IOC, the ISSF and the Indian National Olympic Committee (NOC), and discussions with the Indian government authorities, no solution has been found to allow the Pakistani delegation to enter India in time to compete,” a statement read. The IOC’s stand in terms of denial of opportunity (to participate without discrimination or political interference) is unequivocal. During the previous Olympic Summit at Lausanne, the IOC had agreed that “the allocation of international sports events to a country must include the necessary guarantees to ensure equal treatment for the participating athletes and sporting delegations, without any form of discrimination or political interference from the host country.”

There was also a possibility that India, which has expressed interest in hosting the 2032 Olympics and 2030 Asian Games could face action from the IOC as Pakistan have been restricted from taking part in this World Cup.

There is a similar precedent for action for visa denial. The 2015 Asian Shooting Championships in Kuwait which were supposed to serve as an Asian qualifying tournament for the Rio Olympics, lost its qualification status after Kuwait denied an Israeli technical delegate a visa. “The denial of a visa is against the non-discrimination principle of the Olympic Charter,” the IOC had said in a statement then.

Today’s statement further added, “IOC executive board also decided to suspend all discussions with the Indian NOC and government regarding the potential applications for hosting future sports and Olympic-related events in India, until clear written guarantees are obtained from the Indian government to ensure the entry of all participants in such events in full compliance with the rules of the Olympic charter — and to recommend that the international federations (IFs) neither award nor hold sports events in India until the above-mentioned guarantees are obtained.”

In an unprecedented move following the Pulwama attack, the BCCI has prepared a draft letter asking the ICC to ban Pakistan from 2019 World Cup. The draft which has been overseen by Vinod Rai, the chairman of the Committee of Administrators (COA) will be discussed at a top-level BCCI meeting on Friday and then taken up with the concerned ministries of the Indian government.

The Pulwama terror attack has resulted in strong condemnation from the Indian public and many prominent cricketers, have called for the BCCI to boycott playing Pakistan in the World Cup. India and Pakistan are scheduled to meet on June 16 in a World Cup group match in Manchester. Experts though opines that ICC is unlikely to issue such a ban.

If India does not play Pakistan in the Cricket World Cup encounter, not only will it concede points, it will undoubtedly be a financial disaster for the event, as the clash is the marquee event of the World Cup. Steve Elworthy, the World Cup’s tournament director already revealed this week that close to half-a-million applications for tickets were received once the ballot was opened, making it the most sought-after game with twice the demand for the final.

The ICC CEO David Richardson also stated if India wanted to forfeit points, the ICC would review the tournament guidelines and the Members’ Partnership Agreement (MPA) — contractual binding signed by all the participating countries — to find out whether it was for a justifiable or non-justifiable reason. Ultimately, if India choose not to play Pakistan in the World Cup, the hosts and the TV broadcasters, who sustain the sport, may have a stronger say which might not be to India’s liking.

Besides cricket, India is scheduled to meet Pakistan in Davis Cup Group I tie, which will be held in Islamabad. India though has sought to relocate the tie to a neutral venue, but if the relocation doesn’t happen and India forfeits the tie, there may be consequences against India’s favour.

Pakistanis hockey players were also initially denied visas when they travelled to India for the Hockey World Cup in Odisha in November 2018. Had this been today, they were unlikely to get visas.

As the scheme of things stands at this point, taking an immediate decision is almost not possible for India, but sports cannot always bear the brunt because it is one of the aspects that interests a majority of people. Whatever administrative steps India takes exercising its sporting rights will have ramifications that might harm Indian sports. 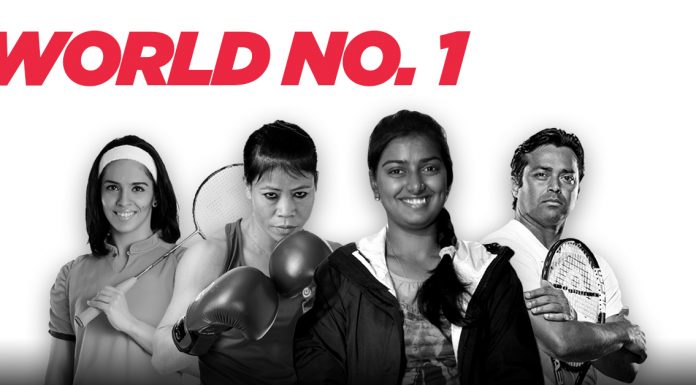 Abhijit Nair - Modified date: October 21, 2020
Indians have tasted lots of success in many sports. From cricket to tennis to chess, various sportspersons have brought numerous laurels to the country. Here, we look at those sportspersons who have been ranked World Number 1 in sports played at the Olympics: Badminton Prakash Padukone:...
Read more