Jeevan Nedunchezhiyan, an exemplar of consistency

After a scintillating runner-up finish at the ATP 250 event in Chengdu, Jeevan Nedunchezhiyan is a delighted man. Basking in one of the finest seasons, the 28-year-old from Chennai is unstoppable. Right now in Mexico gearing up for the $150,000 Monterrey Challenger, the World No 80 treads into the final chunk of the year with vehemence.

This season coming off  Seven challenger Finals out of which he claimed three, the Dallas Challenger with the Indonesian Christopher Rungkat and challenger Ilkley and Winnetka with Austin Krajicek, Jeevan Nedunchezhiyan indeed has made headlines on the Challenger circuit with his remarkable performance in Doubles. Riding that winning wave, the left-hander with his American partner cruised into his first ATP Final of the year that came in Chengdu two days back.

Nedunchezhiyan is brimming with confidence and very deservingly so.

Before rushing to the practice court at Club Sonoma in Mexico, Jeevan was patient enough to answer a few questions for The Bridge. There was a lot of enthusiasm in his tone which proved that the Chennai star is all prepared to face whatever challenges come his way. 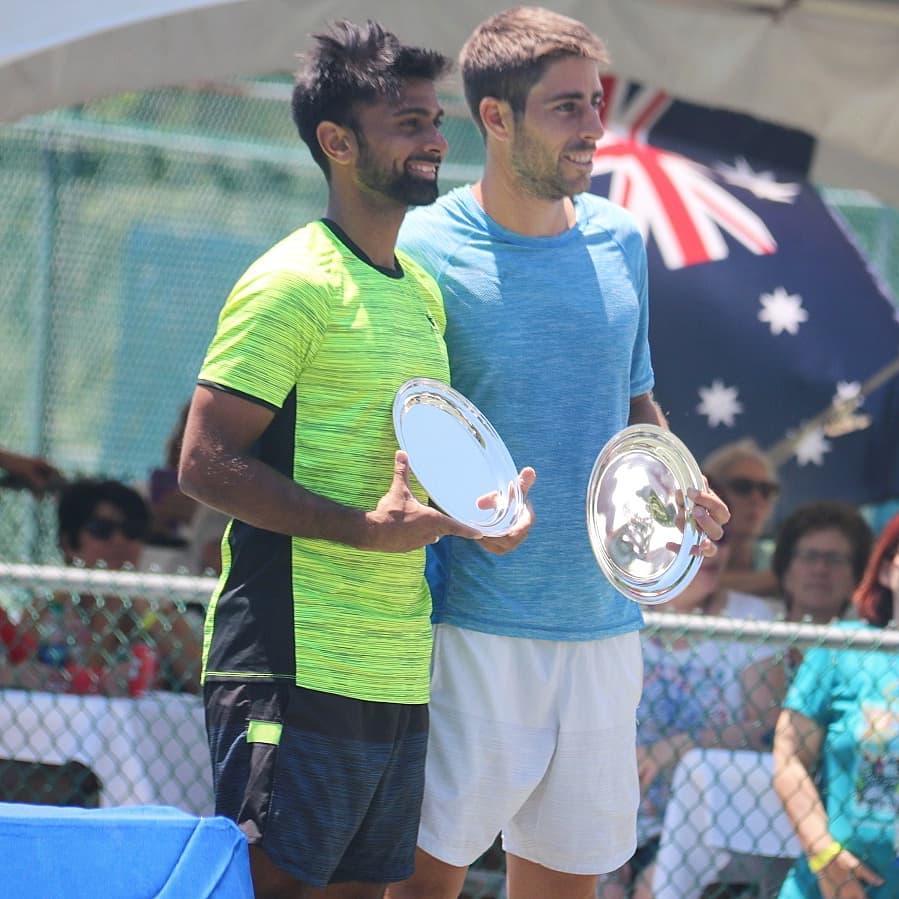 What served as a push for this consistent season?

“It was a good start to the year. I think Rohan and I did a good job in Pune preparing in the offseason. We prepared in Bangalore for the Tata Open Maharashtra and I think we came out of the blocks playing pretty sharp in that first match against Purav and Leander. Unfortunately, we went down in the quarterfinals but Herbert and Gilles Simon are a tough team and  I felt really confident after the Pune Open. I was ready to take on the challengers with Christopher after that and we made a couple of good runs.”

“I wanted to play a bit more in America, so I stuck to playing with different partners in March. We were lucky enough to get some decent  results on the clay courts in Savannah and Tallahassee Challengers so I was able to hold my ranking, around a 100 that time.”

Nedunchezhiyan had begun the season at 102 in the ATP rankings. He endured a see-saw few months until he broke into the top 100 in June. Jeevan also qualified for the Grass Court Major, the Wimbledon where he and Krajicek played a very close fought opening round match that they lost. This was the second appearance at SW19 for the Indian doubles star. He had made it at the Major last year as well.

We also did a fun rapid fire with Jeevan and here is what he said. 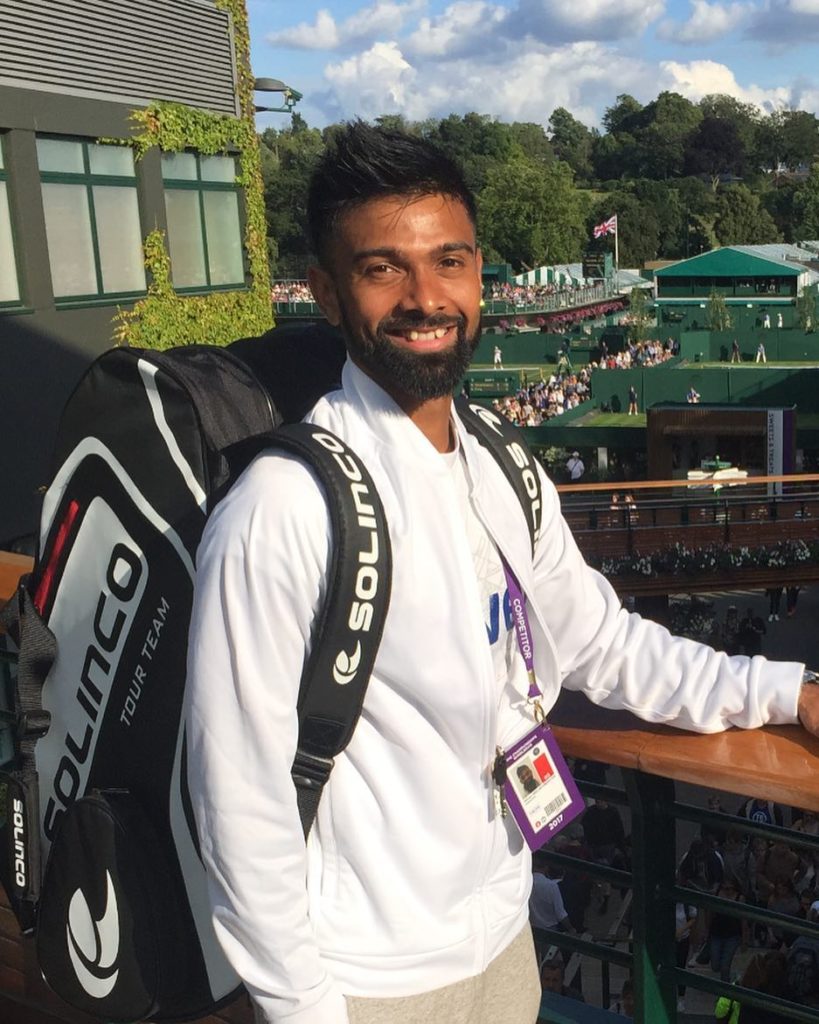 Mountains or beaches: Beach for me, mountains for the wife so it has to be Mountains

The dream destination you are yet to tick off: The Amazon rainforest anywhere in South America

If not a tennis player, what would you be: Criminal Lawyer

On the gruelling tour, training before tough matches can be very challenging. How do you prepare for such matches?

“I think,  it does not matter at that point. I keep focusing on myself and prepare to perform at my best given the right opportunities and circumstances. All things considered, the surface, ball conditions, the correct partner at the right event and I keep going with my routine. Following up on all the things that we have been working on in the offseason during training has obviously helped. It was the grass season when Austin and I started playing together and we registered quite a few great results. The partnership has been very fruitful for me. Working hard on keeping fit is another key because in doubles you never know when the run is coming with the right partner and all you can do is stay prepared.”

Despite being inside the top 100, and yet excluded from the Davis cup tie against Serbia in Kraljevo must have been a bitter pill to gulp for Jeevan. But the Indian has been very optimistic which helped him get over it quickly.

“Am not gonna lie, I was obviously a little bit surprised with the selection. But at the same time, my goal is to play more Grand Slams, playing against guys like Mate Pavic and Ivan Dodig on a regular basis and try to get to their level. So Davis Cup will sort itself out in future. I think if you consistently perform well, there are enough people who need to make these kind of decisions on team selection. I also saw an article saying my game was not suited for clay. But then it was good when I was able to have a conversation with Mahesh. We spoke player to coach and we had a discussion about what he had on his mind about the selection process. Of  course,  I truly respect his opinions. And I obviously wanted India to win the tie and get as many points on the board. The good news is that we are still into the play-offsand we are playing Italy in February. “

Nedunchezhiyan believes that whatever issues come up, it always helps when you can sort them out within the team and which is what rewarded him in a positive way.

“The key to remember about selection things is if you have any issues, address it within the team and talk to the captain which is what I did. And I think that is the most important thing I did for myself. It gave me a lot of closure to have a discussion with Mahesh on why he went about selecting the team and it really helped me to quickly get that out of my mind. As soon as that was done, I was able to focus on my routines and on the upcoming partnership with Austin through the fall season. The Chengdu Final obviously has been a real good run and it is moving us closer to the Grand Slam as a team.”

What motivates Nedunchezhiyan to keep grinding out wins week after week on the Tour?

Jeevan has registered wins in this season against the Great Leander and also Asiad Games, Men’s Doubles Gold medalist Divij Sharan who also has been enjoying a terrific season himself.

“To be honest, these wins do not matter really as it is just another match. What matters is if the opponents are from your own country, You want to meet them in the final of the tournament instead of the earlier stages. Apart from these wins, the real motivation is the Grand Slams which drives me to stay glued at my routines, my fitness because you want to get on to the next stage.”

“And to be honest, the larger than life motivation that drives me is that I enjoy playing the  Sport. Tennis is a great game, it’s fun to play and I think that’s where the root of all motivation should start from. Just enjoy what you are doing and the rest of the stuff will always sort itself out.”

As the season is drawing to a close, Jeevan is optimistic of his chances on finishing into the top 60 that shall make him eligible for Grand Slam contention. A sneak peek into the remainder of the season?

“I am playing in Mexico and Santo Domingo which is the Dominican Republic these two weeks with Marcelo Arevalo who is a good friend of mine and we have known each other for a few years. It is the first time we are partnering together and am looking forward to it. Austin Krajicek is taking two weeks off as he has a wedding to attend in America. And then there is a tour event week after that which will be difficult for him and me to get in as it is the last tour event of the year. So it makes sense as a team if at least one of us gets to play that. He will be playing the event with Rajeev Ram.  I am gonna be looking to play some challengers probably in Asia because right now my ranking is at 80 and I would like to finish around the 60s so as to be ensured of a Grand Slam entry next year.”

With the hectic few months left in the season, Jeevan Nedunchezhiyan is positive about making an impact in this chunk of the year too because it is when the year-end rankings fall in place. Having reached a career-high ranking of 75 in doubles in March last year, the Indian wants to go a step further this time.

“Definitely looking forward to this chunk of the year. It’s the last part of a long year and this is where you can get some separation from a lot of guys who are chasing the Grand Slam goals. It is the toughest part but also the most exciting one after which the rankings fall in place once the season is done.”