The Indian footballing season is currently postponed due to the ongoing global coronavirus pandemic. Though the top fleet leagues of the country including the I-League was shelved, it undoubtedly came to an end with a decent note as it upheld a bunch of young promising Indian players for the future. The Bridge thus takes a week long look on “India’s Next Gen” a segment exclusively dedicated to Indian football’s top young talents to watch out for in 2020.

Born in a suburban family where the parents stood as a strong support for their child, it was SK Sahil’s father who took him to the local football ground for the very first time and showed him the basic skills to shoot a ball and thus the machinery of being a footballer started for the recent I-League champion. “My parents have always been very supportive and has never told me step out of football. Whatever maybe the condition, my family has always given me the best possible so that I can continue playing football. It has been a dream of my father to turn me into a footballer,” said a bright-eyed Sahil when asked about the early days of his career. The youngster has recently turned 20 and always comes up with full of positive energy and a deep desire to be successful be it on or off the pitch.

It was just after the Zee Bangla U-19 football tournament that things started to change for Sahil as he recalls, “After the Zee Bangla tournament ended, six of us from our team was called up for a trial with the senior team. Though I played as a stopper in this tournament Kibu Sir made me play as a blocker and that time I realised my time has come. Cause in my childhood, I used to play as a defensive midfield and it was my favourite position. Somehow, I realised I have to bring out my best whatever happens and I always tried to give my cent percent in the training. After some days we were called up again by the management and was told that we were selected. Initially, I really got very happy and excited but I decided that I have to work harder from the next day as I wanted to make into the starting XI.” Thereafter it has been a dreamy joy ride of all ups for the youngster who appeared for his school final while being a key man in Mohun Bagan midfield in the I-League. 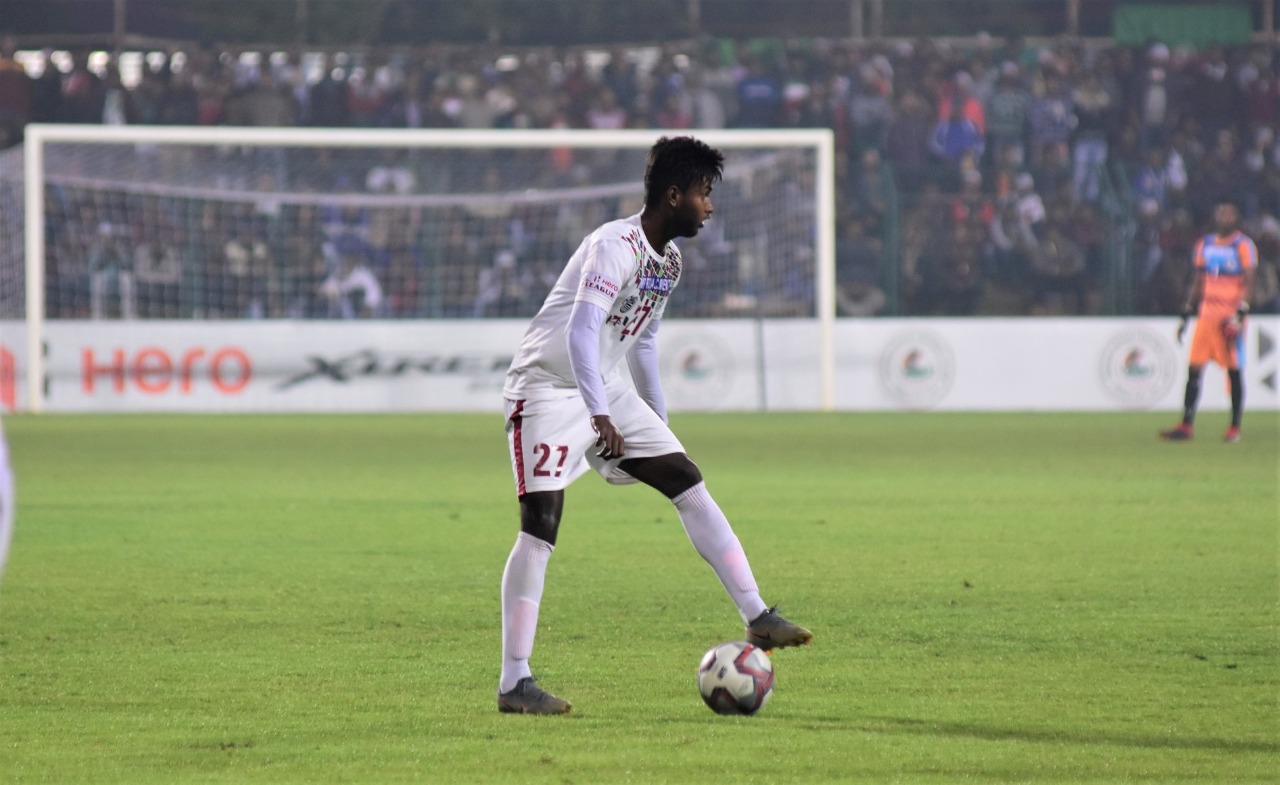 Sahil has been one of the most promising Indian defensive midfielders this season as he played 16 matches for the Kolkata giants showing up his great calibre of apt interception and distribution in the midfield. It was a treat to watch the youngster’s skill against the top forwards as he continued to show off his sheer dominance on the field. For Sahil, it is Kibu Vicuna’s training and the Spaniard’s complete trust on him that helped to bring out the best out of him. He said, “Kibu Sir told us to hold the ball and keep the possession till the last minute of the game without considering the results. He always made me feel confident as he taught to deal situation in the field with maturity. The team spirit and the support from the seniors further helped me to perform well.”

Sahil was still in his teens when he played his first Kolkata derby. For him “It’s one of the best feeling. The jam-packed Yuva Bharati Krirangan and the buzzing ambiance created by fans gave me a huge adrenaline rush when I first stepped out of the tunnel. I was a in a bit pressure and was also nervous before the game but when I got out on the field everything changed for me and I will never ever forget this feeling.”

On asking about his future plans and his dream of the national team, the kid once again came up with his calm composure as he said, “I will continue working hard and will always try to give my best whenever I step on to the field the and rest is on God. Like every player, I also want to play for my country but I think I need to work much harder to get to that stage.”

Bengal has always been the pipeline in providing defensive midfielders to the national team starting from Sudip Chatterjee, Mehtab Hossain and now Pronay Halder and if we see their career lineage its again Mohun Bagan the common spot where three of them had a prime period. With SK Sahil coming from the same lineage the mecca of football has once again started to dream of seeing the country’s next midfield general in the Bengal kid. The calm composure and the high spirit of SK Sahil along with the raw talent makes the fans find the shadows of former national team player Mehtab Hossain on him which further enhances their dream towards truth. Coincidentally Mehtab happens to be the idol for SK Sahil. So, it's time which will answer as we have to wait for SK Sahil to evolve himself and seeing achieve the long goal.