The hard work, dedication and the long journey of Soliha Yousuf Soliha Yousuf, the skipper of Jammu and Kashmir Rugby team is one of the prime sportswomen from J&K’s summer capital, Srinagar. Having numerous achievements to her name, Soliha is giving a new shape to Rugby in J&K. The sport that is less followed and played in the whole country.

Soliha started her Rugby career way back in 2008 when the arena of Rugby sport hadn’t taken structure in J&K. Though her hardwork and high amount of dedication lead her through as she never looked back since.

She has appeared in as many as nine national outings and been part of various championship winning teams which is no less than a big achievement in itself.

Her level of practice kept improving with every new achievement,

“After participating in an event, I went back home and worked even more. The thing to go further in sport kept motivating me,” Soliha told The Bridge in an exclusive interview.

In the very same year, when she started Rugby, Soliha made it to the Shield winners team in All India Women’s Rugby Championship.

“It was something highly cherishing for me. Being new to the sport and straightway making it to the higher level was a dream come true,” she said

Later, in 2010, she was nominated in India camp for Asian Womens Championship and her consistent performances made her appear for the India camp back to back twice.

“Making it twice to All India Womens Championship made me realise that I can go far in this sport and provided me the much needed motivation,” she said.

Her good show in these championships was rewarded when she was nominated in All India Rugby camp. “After doing well in the All India Womens Championship, I was confident of making it to the India camp and thankfully I was not disappointed,” she said.

In the camp, She was able to share dressing room with some of the best in the country and this helped her learn the game better. Attending India camp two times was a learning period for her and helped her grow as a player,

“I learnt a lot in those two consecutive camps as I was able to interact with star players and coaches of the country.” Soliha said. Subsequently, she was named as the player of the year in 2010 by Jammu and Kashmir Rugby Association.

“This was one more large achievement for me. It’s always overwhelming to get fecilitated by your home board,” she said

Later, Soliha appeared in 2015 National Games, adding one more procurement to her successful career. Followed by claiming gold medal in 2017 Snow National Championship. “National games of 2015 was a experience curve for me. At that time, I had been bit more leaned towards studies but entry to the nationals made me get back on track.” Soliha mentioned.

Rugby became her passion with the passing time though she continued her studies as well. But this wasn’t so easy for her as the sport she was in required high level of fitness,

“I kept working hard as you need to be very fit to play Rugby. It turns more harder when you have to concentrate on studies as well. But all thanks to Almighty I was able to do well in both as I completed my M.Tech degree as well.” Soliha said

“It’s never easy to play without proper infrastructure but when you are dedicated and know how to tackle the hardships, nothing can stop you.” Soliha quoted.

Though things changed later as by doing continuosly well in the Sport, Rugby players of Valley were alloted with individual playground. “Recently​, J&K sports council alloted us a play field to practice and this has helped us largely. We now practice without any barricades and more players are coming forward to join the sport.” Soliha said

Plenty of experience in the game made her shift towards coaching,

“It’s obvious that, the more you play, the more you learn and learning experience is what comes into action in coaching,” she claimed.

She has been assigned with the job of coaching and recently headed the U-14 and U-18 teams in National outings. “I love to share my experience with budding players and help them grow,” she said.

Soliha also mentioned that J&K has a lot of talent and potential, just needs proper guidance. “We have here plenty of talent, we just need the proper environment and coaching to develop more stars,” she said.

Soliha Yousuf while concluding passed a motivational message for budding sportswomen of Jammu and Kashmir,

“Dear budding sportswomen, always be confident and never think that you are less than anybody else. Once you back yourself and your abilities, nothing in world can stop you.” Soliha said while signing off. 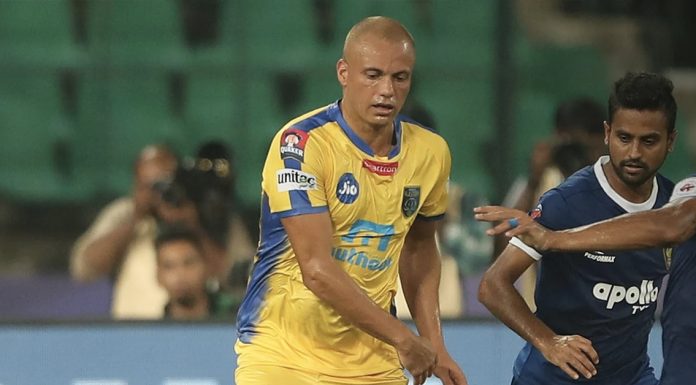