The prolonged baritone voice of Amitabh Bachchan turned monotonous as the coronavirus caller tune rang to its limit when no one from the other end picked it up on two attempts. I was gripped by the eagerness of the conversation, which had the possibility of being buried had I not received a call back from the same number a couple of minutes later. And as I picked it up, I was greeted by an overly affable voice. "Main apni beti ko leke thoda busy thi, kaise hai aap?" (I was busy with my little daughter, how are you?)

I couldn't resist smiling as I had barely expected this is how the conversation would start. On the other side of my long-distance phone call from Bengaluru was none other than Ritu Rani, the former captain of the Indian women's hockey team. A mother to one-half-daughter-old daughter Bani, Ritu was speaking from her in-law's house in Patiala where she has put up since the lockdown.

The last time we heard from Ritu was in back 2017 when she had returned to the national side after a year of controversy, heartbreaks, and somewhat unjustness. Even six years ago, India's stature in women's hockey wasn't as much as successful as we witness today. If we recall 2015, the Indian hockey Eves had played an Olympics more than three decades ago in 1980. However, 2015 was the year for recreating history; and on August 29 - celebrated as National Sports Day in the honour of legendary hockey wizard Dhyan Chand's birth anniversary - the Indian women's hockey team did the unthinkable. They qualified for the Olympics after 36 years, following a 1-0 victory over Japan in the fifth-place playoff in the women Hockey World League semifinals in Antwerp, Belgium. The team was led by none other than Ritu. Five-and-a-half years later, Ritu Rani's name is almost forgotten from the annals of hockey history. Indians have quite aptly remembered the names of Vidya Sharma, Preeti Sabharwal and Komala Chautala, the silver screen hockey players from the Bollywood flick Chak De India, but unfortunately, Ritu's name has been forgotten, the one who made the Chak De slogan immortal.

"Yes, it is still the biggest achievement of my life. Creating history and taking India to the Olympics after 36 years was special, particularly when I was in the driver's seat as the captain. That was even better than leading my team to win the Asian Games bronze medal in 2014," says Ritu during our brief free-wheeling conversation. 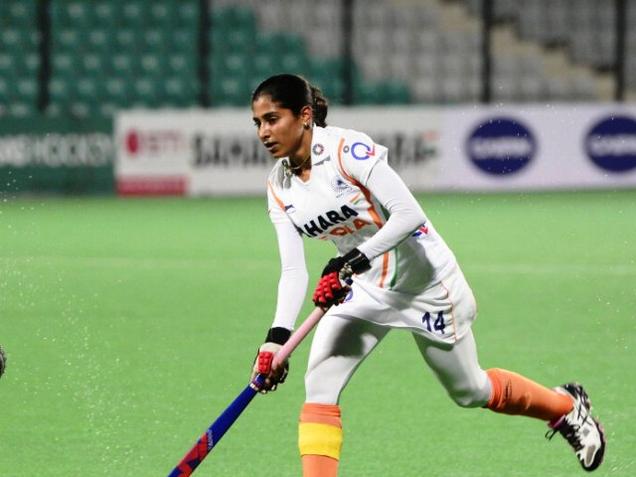 Ritu Rani's name has been forgotten, the one who made the Chak De slogan immortal.

What ensued in 2016 was nothing short of a Shakespearean drama. In July, the then 25-year-old Ritu was in Bengaluru training with the Indian squad just days before the team for the Olympics was to be announced. But when the then coach Neil Hawgood announced his 16-member team for the quadrennial event, Ritu wasn't a part of it. One of the youngest captain of the Indian team, who had been in the national squad since the age of 14 with over 200 international caps and led the team to bronze medals at the 2013 Asia Cup and 2014 Asian Games, was axed under controversial circumstances. The management offered no explanation as to why she was dropped but it was reported at the time that it was because of a loss in form and charges of 'indiscipline' – she allegedly left camp to get engaged to Punjabi singer Harsh Sharma. Yet her dismissal brought an end to her 'dream' of playing at the Olympics.

Disappointed to her core, Ritu broke down in tears in front of the camera while an NDTV journalist was expecting her reactions. The sight was excruciating, to say the least when emotions gushed out like the shattered shards of her long-cherished dream. "Missing the Olympics was probably the worst time of my life. I played for the country for 12-13 years and it was my dream to take my nation to the Olympics. Though we fulfilled that dream for India, I was not granted to play a role in my dream sequence. Looking back I still feel disappointed sometimes because I knew I deserved all of it. Although there's no point in lamenting now, I just wish I were there," Ritu expressed in a heartfelt way.

Being dejected, though Ritu swore never to play the game again as her wounds healed with the passage of time, Ritu felt something was missing in her life. She was coaxed to return by her mother-in-law, a hockey coach at National Institute of Sport (NIS) in Patiala, and husband, a former player himself. Ritu's sportsmanship and passion for the game made her come back to the Indian side in March 2017, and she went on playing for India again Hockey World League Round 3 and later on several test matches against New Zealand, South Africa, and Belarus. In 2018, she played in the Malaysian Hockey League for Malaysia Police and later took a break from hockey when she announced her pregnancy. In 2019, her daughter Bani was born. The love for hockey is so much instilled inside Ritu that she resumed playing in 2020 at the Malaysian League when coronavirus resulted in a force majeure.

The centre-half who also represents her departmental team for Income Tax division is not quite optimistic about another call up from the national side but would happily like to be a part of it if the opportunity arrives. "Hockey is still my passion, and I religiously follow the Indian team's progress in every tournament. You can say it is has become a habit for me. No matter how much I try, I can never let go of hockey. I watch Indian team's game and just pray they attain great glory. The Indian team has made it to the Olympics again, I also feel I could play with them, but things are not that easy," Ritu quips. 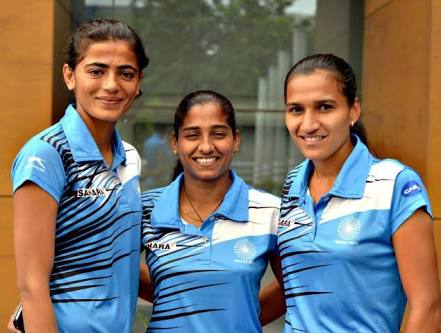 If a Dhoni had a Ganguly as his predecessor to make Indian cricket team dare big, then today's Rani is also a successor of the other Rani

Though Hockey India hasn't been in touch with her and not even considered her to be a part of its committee, Ritu feels she has moved on from the past "I have been thinking only about my present," she says. Ritu speaks highly of her namesake junior and present captain of Indian team Rani Rampal, who once again has led her way to take India at the Olympics. "Rani Rampal is a dexterous player. I like her and the good thing about her is that she has got support from everyone in the team. Things are going great for the team under her captaincy and they are doing well in every tournament they have been playing. Besides, I see a lot of facilities are being provided by Hockey India these days, which is proving to be really helpful for the team. Their world rankings speaks volume about their potentials," concludes Ritu.

As my conversation ended with the convivial former captain of the Indian side I wonder why Ritu Rani has been forgotten from the public conscience. If a Dhoni had a Ganguly as his predecessor to make Indian cricket team dare big, then today's Rani is also a successor of the other Rani who played a mammoth role in changing the history of Indian women's hockey.

Also read: I am ready to walk the extra mile to take Indian taekwondo to Olympics | By Rodali Barua