EXCLUSIVE: The leader who changed sports in Kashmir is detained for 200+ days now

Former J&K being a state with three regions different in everything- be it religion, culture, traditions, intellect and others were seen in a single platform due to one person's idea of integration of all the three regions on one stage - Sports.

In the year 2016, Waheed Ur Rehman Para was appointed Secretary of the Jammu and Kashmir State Sports Council when sports in the erstwhile state was limping and going through the tough times. “No one was willing to take the responsibility of the post due to zero interest for being in the sports arena and that too in a place where encounters, hartals, shutdowns, and stone pelting were a norm. Waheed Para kept his politics aside and invested his precious time into the field of sports,” said Asif Rashid who is currently pursuing Law at the Kashmir University.

From appreciation, obligation and acceptation to aspiring sportspersons and youngsters of the state, Waheed Para encouraged the youngsters and boosted their morale and their winning at different tournaments, championships made the erstwhile state enlist in Sports Board both at national and at the international level. He made the young sportspersons as the real ambassadors of peace. Waheed Para’s resignation in June 2018 came as a blow despite the fact that his term was ending in October the same year as per the constitution (pre revised) of the Jammu and Kashmir State Sports Council.

During his reign, the state saw many turnarounds in sports

“It was under his vibrant leadership that Sports Council started the state’s first Rural Sports at block level under Khelo India in which 22 districts, 217 blocks, 2170 coordinators, and 1,20,000 players participated in 8 sports disciplines in 2016-17,” said Saheem Qureshi, a sportsperson from Srinagar.

During his tenure for the first time, Sports Council organized Junior Cricket Championship u/17 in which 4800 players, 320 teams, 319 matches, and 400 coordinators participated. 10 districts and 60 blocks were also involved.

“I personally witnessed how he used to work for almost 16 hours only to make J&K the sports destination. Inviting experts, engaging veteran and star players, suggestions only to produce qualitative as well as quantitative sportspersons,” said Mudasir Zargar, a sportspersons from South Kashmir’s Anantnag.

He didn’t let other sports disciplines get neglected. As we are all aware the growing interest of soccer in the J&K and keeping in view the youth interests in the said discipline, he organized a football tournament under the same guidelines in which 3500 players participated in more than 8 districts of Kashmir valley.

“Waheed Para always felt the importance of youth participation at every level. Due to his passion, a rise in the participations of the aspiring players and youngsters was seen. In the year 2016, despite unrest in the valley, 1,20,000 youngsters registered themselves with Sports Council for various sports disciplines."

During the recent visit of Kiren Rijiju, the Union Minister for Sports, in Gulmarg, many people took to Twitter and asked the Minister for his release and cited Waheed’s example how he institutionalised sports in the erstwhile state.

Another Twitterati Mohit Bhan, while expressing his anger over the continuous detention of Waheed Para wrote,

“One who changed the discourse of sports on ground & motivated youth to be part of change is under detention for past 7 months now. Applauded by the then HMO for his efforts today he is seen as a threat to peace. The pics narrate the enthusiasm & vibrancy."

Various other youngsters took to social media expressing solidarity with caged former Secretary Sports Council Waheed Para and urged the Government of India to ensure his release as soon as possible.

Pertinent to mention here that a state where women were seen through different prism when it comes to sports, Waheed ensured equal representations in the sports arena.

“It happened for the first time that T20 Women’s Cricket Championship was held under his sheer leadership. First of its kind, a Chief Ministers Women’s XI team formed. And finally a dream sought by Waheed came true when Chief Minister Women’s XI participated in IWL (Indian Women’s League,” said a woman footballer who plays with a country’s elite football club.

Why has he been put under house arrest for 7 months now?

Despite a meagre amount of INR 2.20 Cr allocated for all sports activities, Waheed managed to reach out to more and more youth at grassroots for their involvement in sports.

“Whenever I saw him talking to a budding or aspiring sportsperson, he used to encourage them, and engage them with available sports council infrastructure, coaching, diet, and playing kits.” said Umer Wani, who was working in Sports Council.

He further added that, “One wonders how come a person with such capabilities has been put under house arrest for the past seven months. For what? Just because he engaged the youngsters who were on roads and gave them fields to play? Because he appreciated them and boosted their morale? Or because he was appreciated by the then Union Home Minister of India (Rajnath Singh) in front of 9000 sportspersons in a sports conclave organised by Waheed at SKISC Srinagar? The answer lies with those who have put him under arrest." 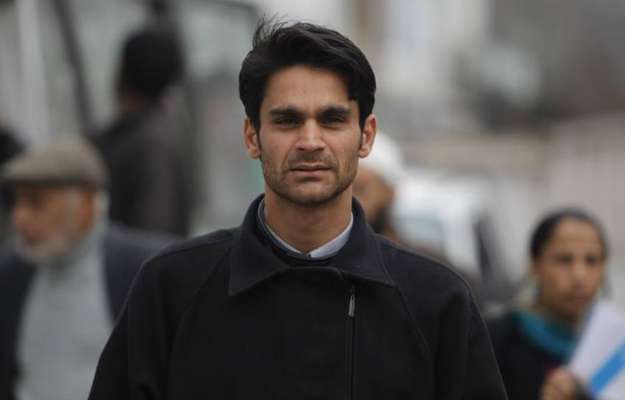 His keen efforts marked the beginning of exchange programs and J&K for the first time saw international coaches from Sri Lanka, France, and other countries in the discipline of rugby, football, water sports, taekwondo, and wushu training our state’s sportspersons, youth for making them able to compete at international levels.

In the main downtown area of Srinagar, all playing fields got developed in his tenure. Every Sunday and on holidays, these play fields are filled with the youngsters for various sports activities.

It is a known fact that cricket and football are the most famous sports in the state. Keeping in view the aspirations of the youngsters towards these sports, Waheed Para established two academies - State Football Academy and State Cricket Academy.

Similarly, towards the cricket academy, various tournaments in various groups were conducted during the year 2017 both at urban and rural levels. First of its kind, the Chief Minister’s Cup at Gharota Jammu was conducted wherein more than 200 teams participated. More than 90 coaching camps were held during 2017 for cricket training under star cricketers, BCCI and NIS certified coaches.

Also Read: For us, sport is how we save lives in Kashmir

Jammu and Kashmir is blessed with best snow slopes in whole world, i.e; Gulmarg. Ice Hockey, Snow Skiing, Nordic Skiing, these only happens in three states in country and J&K is one among them.

For the first time, National Snow Rugby Championship was held at Gulmarg and that got possible only due to his passionate efforts towards sports.

Waheed Para always believed that sports is the field where we can nourish our talent and this man made it happen. Such is the tale of a person who once was called "Lion of Sports Promotion" and presently is under arrest from seven months for integration of youth.

Is this what he deserves?