Doing things her own way by bringing chess to the masses: The story of Devanshi Rathi Chess, for long, has been touted as a sport which is a good exercise for the most vital organ of the human body. The brain. It also tests the skills, patience and concentration of a player. The 64-chequered board game, divided into 8×8 grids, is played by millions in the world. But what if someone goes a step ahead and mixes the game of chess with social responsibility and with the aim of giving back to the society?

Devanshi Rathi, a Delhi girl, is doing that only. She has been an active chess player since 2008 and had won a bronze medal in the Commonwealth U-18 Girls Championship in 2016. She was conferred with the title of Arena International Master and Arena FIDE Master.

Through her venture “Project Checkmate”, Devanshi teaches chess to underprivileged and blind children. Along with the nuances of the game, basic life skills are also instilled in them. The recent pass out from Modern School, Vasant Vihar, Devanshi will soon pack her bags to attend the prestigious University of California, Berkeley for studying liberal arts till 2022.

In a candid interaction, Devanshi talks about how she got into chess, how she realised her calling into social responsibility and her plans related to her project.

Straight to the point, how did you get interested in chess?

So, I was always a hyper-energetic child and was still doing something different every day. Chess was getting popular in my school, and my mother thought that it might be a good idea for me to start playing it and divert my energies into something positive.

What has been your reason behind starting Project Checkmate?

I feel that I need to give back to the game that has given me so much and my society. So, I started Project Checkmate in April 2016. Also, I felt that the sport was the best suited for the visually challenged and underprivileged because there were no discriminations and barriers for them. They only needed a board and some motivation to start playing and succeeding.

When you started out, how many people were there with you in your endeavour?

I am doing this by myself until now. I have had one or two volunteers for some one-day events, but that’s about it. It has been a sole venture. I started out with twenty underprivileged students then went on to teach close to thirty-forty blind students.

What are the practices and techniques employed by you to teach blind kids chess?

Every session I try to think of something different. It’s not just chess that I teach the kids. I also want to instil in them the values that I have learnt in my career. Moreover, I use the latest technology and methodology to teach them. I work with online platforms like social media to keep my communication going on with them throughout.

What were the challenges which came in your path and how they were solved?

The challenges were mainly of funding, awareness, and time lag. I managed to resolve them by organising fundraisers, donating my prize money, writing books, speaking at different events and writing about the work on different platforms to spread awareness, and making an online learning platform for them through social media communication and email exchanges.

The students, who trained by you, in which and what tournaments they participated?

They have participated in a variety of events like the National B for the Blind, National Schools for the Blind, ChessMine Open, Delhi International, etc. They have played in Maharashtra, Kolkata, Bangalore, and Delhi.

Also, if I am not mistaken, apart from this, what are the other side projects which your Foundation has taken up?

Devanshi, in the midst of this, how did you end up being a part of Delhi Dynamites in Pro Chess League?

The Delhi Dynamite team is extremely close to my heart. I was put onto it by my coach IM Vishal Sareen in 2016. Since then I have been the manager and social media organiser.

Do you think that leagues like this will lead to more and more popularity of chess in India?

Yes for sure. We need more awareness, and if such leagues are there, it will be a big boost to the game.

Should Corporate India invest more and more in chess?

As a player and entrepreneur in this sport, I would say that more people from the corporate world should invest in chess. The game is picking up a lot in the country and the talent needs to be supported by the corporates. If the sponsors are there then the nation cannot be stopped from doubling its speed of expansion in the sport. Many players have to go to foreign tournaments because there aren’t enough in the country but with corporate sponsorships, this might change drastically.

Coming to your chess playing career, what had been the highest point for you in your career?

I think that there have been many high points in my career for me personally. Thus, I wouldn’t pick one. But for the record, I believe that the first time that I interacted and met with my coach IM Vishal Sareen, it’s been a life changing experience. He has taken my Chess into an entirely different space with the opportunities that he has given me to meet so many different players.

How important was the role of your parents, your school in encouraging you to be where you are right now?

My parents have played a critical role in my career. My mother stood for my matches for hours on end. She has taken me to many different tournaments outside the city. She gave up her own career and ambitions to support me so I can’t thank her enough. My father helps me in the best ways that he can. If it weren’t for him, I wouldn’t have been able to continue playing for so long. His talks to me before momentous events make a huge difference in my attitude. My school had also given me a good standing because Chess was brought to me through my school only.

Also, many students your age are struggling or have had struggled to manage their studies. And here you are, leading a venture and studies in school. How did you work out the balance between the two?

Well, I think that chess makes you learn so much time management that you just end up being entirely organised with your work. I like to prioritise and just work hard on whatever I am doing. I set deadlines and work in strict adherence to them.

Who are your favourite chess players in terms of Indians as well as foreign players?

How much delighted you are with R Praggnanandhaa’s achievement of being the second-youngest person to be crowned a grandmaster?

I am very happy for him. I played with him once when he was a FIDE master in 2015. He was solid then, and he is getting better by the day. To achieve the GM title at such a young age is exceptional and he has done the entire nation proud. I admire his work ethic and attitude towards the game and hope that he becomes the world champion one day.

Okay, turning a little bit away from this, what are you in real life? What are your hobbies? Something which people don’t know about you?

I’m just me in my regular life. I like a lot of sports and try my best to stay fit by cycling, swimming, and stretching. I love reading about inspirational people and watch a lot of inspirational talks and films. I like to write a lot of non-fiction as well. As far as something about me that people don’t know, I don’t know. Maybe that I’m very curious about new ideas and inventions. Also, I like to keep thinking about different ideas and possibilities.

What are your plans for project Checkmate?

I want to take the project to another level altogether, reaching out to an even broader audience. However, I’m looking at short-term plans rather than such long-term plans. My targets would be to achieve the day to day goals of the project.

Now that you are done with your school, how will you manage your university life with Project Checkmate? Especially when you are in the USA?

I will try my best to learn more from people in the US. There would be numerous opportunities to grow my project from there, and I would like to cash in on those. I have made an online communicating platform for my students and me through social media. So, I would be able to manage everything from there. When I return during the holidays, I will conduct more face to face sessions.

And will you participate in chess tournaments in and around your university?

Of course! I love to play and improve. I still dream to get a WCM norm at least shortly. I will play in whatever tournaments I can at the university.

If you have found yourself not liking traditional workouts with machines and circuits, you may enjoy switching it up with one hour of high-intensity...
Read more
129,194FansLike
11,359FollowersFollow
6,949FollowersFollow 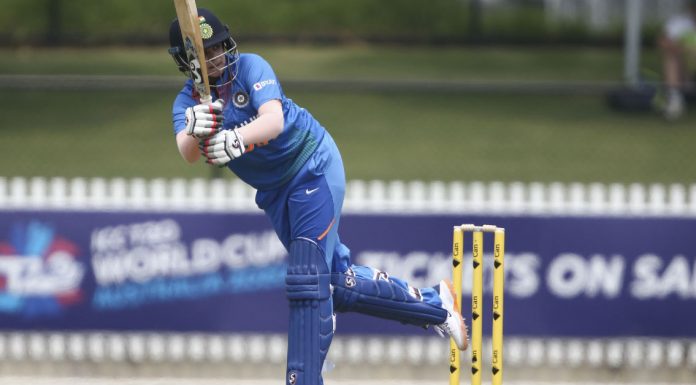 Press Trust of India - Modified date: March 30, 2020
Verma was 15 when she received her maiden national call-up last September and thereafter, the attention she got as a teenage sensation was expected.
Read more