One and the only World Cup win for the Indian Hockey team, which takes us way back in the year 1975, has completed 45 years and still leaves us smiling to even think about it.

India's only triumph in a hockey World Cup came on this day back in 1975.

The win gave Indians a reason to smile with pride as the team that had defeated arch-rivals Pakistan to bring home the World Title. 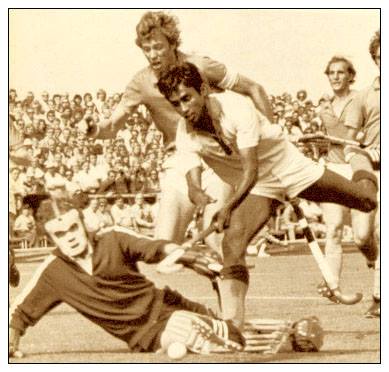 The win was a source of inspiration for many Indian youngsters of that generation who want to make it big in the world of hockey.

They had found their inspiration in Ashok Kumar, the great hockey player who was instrumental in scoring the winning goal against Pakistan in the final.

Ashok Kumar always had hockey in his blood. He was the son of legendary hockey player Major Dhyan Chand. He had the unique distinction of being of the first of two Indians to have represented the country in four World Cup tournaments. Kumar featured in Barcelona World Cup of 1971 and won a bronze, Amsterdam World Cup of 1973 and fetched silver, the Kuala Lumpur World Cup of 1975 where the team won gold and the Buenos Aires World Cup of 1978.

Other than featuring in World Cups, Kumar also participated in two Olympics, one of which resulted in a bronze finish for the team. Then there was the captain of that World Cup winning squad Ajit Pal Singh, equally admired by the youngsters.

There are many reasons to be inspired of the then captain. The biggest reason being his undying spirit on the field. For his heroics, he won the Arjuna Award in 1970 and Padma Shri in 1992 for his contribution to the sport.

In the semifinal of the tournament, India had faced hosts Malaysia. The match finished in a tie and the action was pushed into extra time. India scored one goal in the extra time which was enough to take the team through to the final.

But that magical World Cup win came nearly five decades ago. It is painful to know that a country which had produced such amazing talented players had struggled to win another World Cup title.

Fast forwarding 45 years, the Indian men's team has been performing well and a podium finish at the Tokyo 2020 Olympics is on cards.

Also Read: Over 300 families of Kodagu to bond in the revelry of the 23rd Kodava Hockey Festival

Also Read: 10 BEST moments of Indian hockey of the decade gone by