Beyond just points: It is necessary to put things in context before bashing the Khel Ratna Awards The presentation of the National Sports Awards is an annual affair but even more consistent are the controversies which surround it. Each year finds a fresh batch of sportspersons who claim a certain amount of apathy on the part of the selection committee when it comes to the selection of names. But a bigger, poignant point is that surrounding the selection of athletes for the award in the first place.

From 2014, after a Supreme Court ruling regarding the necessity of a valid system of assessment before names were shortlisted for the Arjuna and the Khel Ratna, the points system which had previously been debunked as a flawed scale in 2002, was brought up again. However, this came with its own set of confusions. As per mandates specified by the Sports Ministry, points would be given to respective athletes based on their participation in major international tournaments and championships.

The mandate continued with the specifications that medalists at the Olympics and Paralympics would automatically qualify for the awards if the honour of the Khel Ratna had not been conferred upon them previously. But inconsistent awarding in 2016 has created even more confusion than this mandate was meant to solve.

This year, the slew of controversies have been led by none other than Bajrang Punia who has vowed to move court in his pursuit for answers regarding why he was overlooked for the highest honour that can be given toan Indian sportspersons. His claim to the award is the fact that he received 80 points at the end of the tally which was based partly on his achievements beginning from the Silver at the 2014 Commonwealth Games to his most recent one- an Asiad Gold in the recently concluded event in Jakarta.

“I don’t know if I will get this opportunity, again and again. Hence I am taking out the time to deal with the matter. In the process, I am losing out on crucial training time as I have already started preparing for the World Championships which begin on 20th October. Each day counts for us. If this situation were not there I would have been happy giving it all in training at the SAI centre,” said Bajrang at a press briefing yesterday. The anguish entirely comes across.

We can perhaps take Bajrang’s example in the context of another athlete who has been consistently voicing her allegations of being overlooked for the past couple of years so far.

The most prominent and vocal example of it had been Deepa Malik who had vociferously complained about being overlooked by the committee when it came to including her name in the list of awardees on multiple occasions. In the 2016 Paralympics, Malik had clinched a Shotput Silver to become the first female Paralympics medalist from the country. Yet, when it came to awarding her with the necessary award, her contribution was allegedly overlooked. Somehow, an already confusing system became even murkier.

Also read: No athlete wants to risk delay for the Khel Ratna when they deserve it: Bajrang Punia

Sports is not something that works just on points. It is equally important to understand the competition that an athlete must overcome to win a particular medal. A Badminton or a weightlifting medal at the Asian Games means more than a similar medal at the Commonwealth Games. The same holds true for a myriad of other sports in a variety of different stages.

When it came to enforcing the points system while drawing out the recipient list for such awards, it appeared that the entire practice of giving out points for World Championships, World Cups and multi-sport tournaments were drawn up by someone who had little to no idea about the relative importance of each of the competitions. This points system was introduced in 2002, and one closer look at it would be enough to see why it was as flawed as most athletes complained it was.

There are a couple of things to remember here. Firstly, the issue is not as simple as Punia, or any other athlete makes it out to be here. Punia’s main point of contention, the “80 points” that he has ended up with, is the highest among all athletes who were considered- that is true. But, this 80 can be compared with only another wrestler and not an athlete participating in a separate sport. For example, if a second wrestler was selected for the Khel Ratna ahead of Bajrang, it would be utterly not in compliance with the rules put in place.

This article is misleading. Point system is used to differentiate athletes within given sport, not athletes representing diff sports.

Virat Kohli is top ranked cricketer in 2 out of 3 ICC formats & Mirabai Chanu is only Indian who's currently a world champion in an Olympic sport https://t.co/yKgiPnUs2j

There can be no debate on the fact that Mirabai Chanu rightfully deserves the honour not just for her consistency but also for the fact that she is the only Indian World Champion in an Olympic discipline. The principle issue, however, lies with Virat Kohli’s nomination for the Khel Ratna despite having “zero points” and here is where the system comes into question. The points system put in place for the National Awards extends only to Olympic sports. Even if we put cricket aside, several other disciplines like Chess and Squash remain to be accounted for. The solution put in place for this is a committee is put together, and contenders from non-Olympic sports are selected by a show of hands- which is how Virat Kohli came into the picture. Think about athletes who are the pioneers of their fields, maybe someone like Viswanathan Anand. Can this rhetoric of “0 points” be even applied to them in light of all that they have done for the development of their sport in India? Surely not.

Furthermore, we need to keep in mind that this system of points does not even cover all the major tournaments under an Olympic sport. For instance, Tennis grand slams are not considered- a case can be made for Rohan Bopanna’s contention to the prestigious award otherwise. Golf Major Tour Titles do not fall under the boundaries of this calculation and neither does the famed and arguably among the most difficult Badminton tournaments- the All England. There is a lot of fine print that needs to be considered before one takes the decision to stir up a controversy with vows to follow it up until a conclusion is reached.

This is not to say that the existing points system itself is a watertight one. World Championships, in most sports, are held once in every two years and for this, “proportional” marks would be given for accolades; proportional ofcourse to the other quadrennial events like the major multi-sport championships. Similar coloured medals at both these kinds of championships would end up being given importance in an indiscriminate fashion. The biggest example of this would probably be how a World Championship medal counted for lesser points than an Asian Games medal of the same standing simply because the latter was held more frequently- say once every two years.

First of all, this discounts the fact that an achievement at the World level is in no way at par with winning a medal of the same colour at the continental level. In fact, back in 2003, this was the crux of the controversy which surrounded the exclusion of Anju Bobby George from the list of recipients despite her winning a World Championship medal.

George was duly awarded the Khel Ratna in the 2004 ceremony but the discrepancies surrounding the points system remains. While earlier, the Khel Ratna in particular was reserved for the one outstanding achievement of the year in question, the Olympic year of  saw joint winners in the form of multiple Paralympics Gold medalist Devendra Jhajharia and hockey veteran Sardara Singh. The other Gold medalist at the Rio Paralympics, Mariyappan Thangavelu was awarded the Arjuna.

Over the years, athletes beyond Anju Bobby George have been in the limelight after they recieved a delayed recognition or none at all. The most prominent example of this in light of Bajrang’s controversy has been that of Golfer Jeev Milkha Singh- a Padma Shri awardee whom the Khel Ratna still eludes.

Before making claims for awards, there really needs to be a thorough understanding of how the points system actually works. Bajrang Punia is one of the brightest young talents of Indian wrestling and of Indian sports in addition to being among the most consistent one on the international stages. His outrage, while justified, might just be a little misplaced here. There can be no question on the Ministry’s selection of the Khel Ratna Awardees this year. From here onwards, closely following the proceedings of the issue is the best we can do.

Things may not be watertight at the moment and if injustice has been done to someone in particular, they are completely within their rights to take legal recourse as they see fit. Nepotism and bias still exist when it comes to these Awards. But to undermine the efforts of one athletes and, in a sense, compare achievements to lionize a different athlete is simply a strategy that must be avoided.

80 points or 0- instead of a myopic, compartmentalised and incomplete view, it is in the best interests of all stakeholders of Indian sports to put things in context before jumping to conclusions.

The game of Solitaire has come a long way. Earlier all you had to do was open the pre-installed solitaire on your desktop. You...
Read more
Others 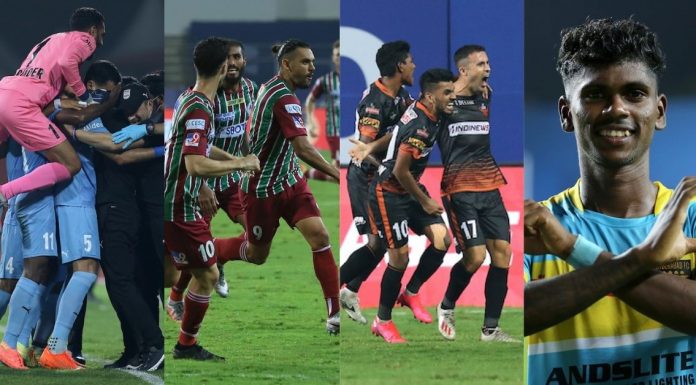