India will be playing against Australia in the first match in the 2020 Women’s World Cup T20 in Australia where the home team will look to continue their form against the Women in Blue after the Tri-nation final.

The team will be stepping into the field primarily relying on the spin attack and as the captain says, spin is the strength of the team. Shikha Pandey is their sole frontline seamer. The opening and the bowling attack seems to be sorted with the only concern with the middle order where players like Veda Krishnamurthy and Deepti Sharma are not firing as per recent games. Richa Ghosh, though, can be a surprise given her current form in Senior women’s T20 challenger.

Who can we rely on?

Smriti Mandhana has to be the obvious pick given her incredible form and experience. She has been one of the best batters over the last few years. She was even the top scorer for India in the recently concluded tri-series with a strike rate of 135+.

Harmanpreet Kaur is another player who can lead the team once she starts scoring with the only obstacle in her way is her current form that can bring a little slowdown for the team. But the part that she is willing to try and experiment leaves her with good options and once the team settles in, Harmanpreet can be a player to rely on.

Jemimah can be a surprise. Not consistent in her batting, she can definitely contribute to the fielding. Thanks to her agility, India can stop worrying about dropping catches. In bowlers, Poonam Yadav is an economical option and also someone who can fetch wickets in crucial times.

The squad comprises of-

ODI captain, Mithali Raj, and Jhulan Goswami, both the experienced players are missing from the world cup squad. This is relatively a young squad for the Indian side.

Where and When to watch?

The Indian team will be against- 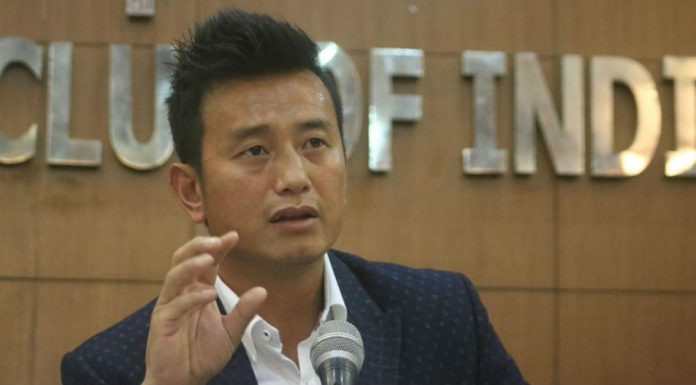 Press Trust of India - Modified date: March 30, 2020
"I've offered any migrant worker who does not have any house to stay there. We will also provide them some basic ration. I'm also working with the local authorities to see how it can be done. We can support and work together." Bhutia has said.
Read more