The intoxicating highs that success and fame offer can be very fleeting experiences and no field of life typifies this more than sports. Let's just rewind father time by 11 months or so to the 2017 World Weightlifting Championships when a full strength, experienced Indian squad touched the shores of Anaheim, USA.

India stamped its presence very early at the Worlds through the diminutive Mirabai Chanu as she brushed aside competition to land India her first Weightlifting World Champion (since the legendary Karnam Malleswari) in the 48kg category with five textbook lifts (including three successful Clean & Jerk Lifts). Only the girl from Thailand, Thunya Sukcharoen looked anywhere close to threatening the Indian.

The momentum gathered from these Worlds and Commonwealth Championships couple of months prior to the Worlds, was brilliantly carried forward into the Commonwealth Games earlier this year.

Mirabai set a record every time she touched the bar, Sathish Sivalingam and Rahul Ragala fought through serious injuries to pick up gold medals. Sanjita Chanu and Punam Yadav made it 3 golds for the ladies. Not to be left behind, Vikas Thakur and Pardeep Singh won bronze and silver the tougher heavier weight categories. 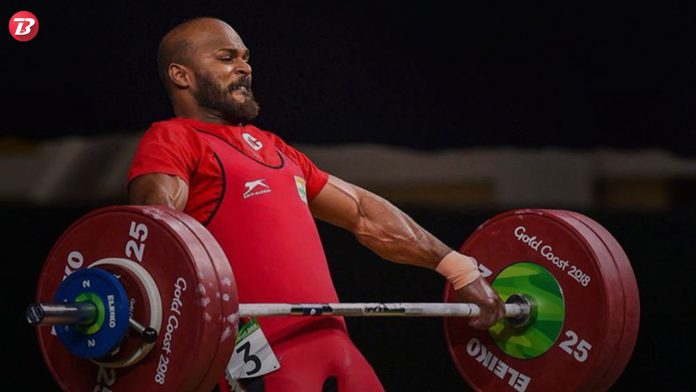 Unfortunately the golden harvest which started with last year's Commonwealth Championships through to the Commonwealth Games could not be carried forward to the Asian Games. But this was not a total surprise as the Asian standards are million miles ahead. Mirabai Chanu was laid low with a mystery back injury and with her India’s hopes of a never before won gold at the Asian Games ended even before the quadrennial extravaganza commenced.

Three of the other four gold medalists from Gold Coast were absent at Jakarta due to varying reasons. Rahul Ragala absent through injury, Punam Yadav through personal reasons, and Sanjita Chanu through doping.

A minuscule squad of four turned out performances way below standards, at Jakarta, with the honorable exception of the 2016 SAF games champion Ajay Singh in 77 kg category who finished fifth totaling 328kg.

Sathish Sivalingam got injured during the second stage of his competition whereas Vikas Thakur looked a pale shadow of his normally ebullient self. Mercifully he managed a total and that’s something which India’s dark horse Rakhi Halder could not manage in the 63 kg category.

Fresh from going past Karnam Malleswari’s national record, Rakhi bombed out in the snatch section with no lift. Stage fright was pretty obvious as she herself admitted. Indian fans can only hope that the national record holder and her coach would have sorted out the issue before the 2018 Worlds. Mirabai apart, she is India’s best bet of Tokyo Olympics qualification.

Lifters in the Indian contingent

The realigned weight categories mean Rakhi will compete in the 64kg category which should not be too much of an issue to her. Accompanying her to the Worlds will be Ajay Singh, Achanta Sheuli, Gurdeep Singh and Jhili Dalabehera.

Dalabehera gets her chance to don Indian colours in the 49kg category due to Mirabai’s withdrawal and should look to make the most of this experience. The 19-year-old is the Asian Junior silver medallist at 48kg amassing 166 kg just a kilo more than her starting weight at the Worlds. Blessed with a very strong overhead jerk, this could be an opportunity to establish herself as the clear Indian number 2 behind Mirabai in the years to come. The younger Sneha Soren may be snapping at her heels sooner than later. The youngest member in the Indian squad at 17, Achanta Sheuli will participate in the 73kg category. Sheuli had finished fifth at the Asian Junior Championships, totaling 274 kg in the 69kg category. Sheuli’s performance at Ashgabat and in future competitions, will be of interest to chief coach Vijay Sharma, as this is an Olympic category.

With the Mizo sensation Jeremy Lalrinnunga a certainty at 67kg, the Commonwealth bronze medallist at 69kg category Deepak Lather may move up to 73kg. Interesting times ahead, at least from internal competition point of view. Competition at national level is something Gurdeep Singh need not worry about. Participating in the 109 kg category, the burly Sardaar is the only one from this squad who was at 2017 Worlds.

Young in weightlifting years, Gurdeep finished fourth at Gold Coast with 382 kg total lift inspite of being hampered by a back injury. At the last worlds Gurdeep had set the national record of 388kg with the potential to go beyond 400kg. Fresh from his fifth place finish Ajay Singh will have to move up to 81kg from 77kg. The youngster does not view this is as an issue as his normal body weight is 80kg.

Like his colleagues Jhili, Achanta, these Worlds are an opportunity to impress the chief coach as one to look out for the future. India’s most decorated male weightlifter Satish Sivalingam will keep the youngster on his toes assuming the latter moves into 81kg.

For the Indians, the competition will be with their own selves and their more experienced colleagues who have not travelled to Ashgabat due to injuries and maybe other strategic reasons.
Asian Games Commonwealth Games Indian weightlifting Jeremy Lalrinnunga Mirabai Chanu Rahul Ragala Sathish Sivalingam Weightlifting
Latest Videos
Next Story
Similar Posts
X
X