A successful entrepreneur, Reeti registered for her maiden half marathon, the Airtel Delhi Half Marathon in 2011.

If you are in need of some inspiration to lace up those running shoes and get a jog in before the day is over, you should certainly look no further than Delhi-based Reeti Sahai. In 2010, all of 32, Sahai made a choice that would impact the rest of her life. A successful entrepreneur, Reeti registered for her maiden half marathon, the Airtel Delhi Half Marathon in 2011. A novice to the sport, Sahai’s sporting pursuits have only supported and fueled her entrepreneurial ventures. Her initial hesitation instead stemmed from intimidation, fearing she was not good enough or fast enough to enter a marathon. But life had other plans!

They say that race is not always to the swift, but as well as to ones who keep on running. And yet, Sahai’s journey cannot be considered exempt from this scrutiny. When she sees a finish line, she intends to cross it, and inspire hundreds and billions. Sahai is a huge advocate that anyone can run and race, no matter their age, insisting that people just need to try. “Today, what I mostly do is follow my heart and that keeps me going. Running is organic, any of us can run. It wasn’t really like I have to find a certain section of people, or I have to be a certain shape. There were times when I went out for a run during my lunch break and came back. It gave me more than just good health and fitness. Running is something that anyone can take up. It is about putting one leg in front of the other, slow and steady, and start.”

Currently training to run the London marathon in April 2020, Sahai’s long list of personal achievements runs the entire action gamut of podium finishes at not just marathons, but also summiting peaks, cycling, winning obstacle races and more. She has run three world major marathons since September 2018 including the most coveted world major, the Boston marathon, in April last year. The hallmarks of successful people are often universal. Determination, tenacity, and willingness are the key to a few, but not everyone tastes success on the first try. Despite her late start to racing, Sahai has had overwhelming success through and through. A similar sense of dedication was present even before she started competing in races.

“Born and brought up in an army background, I was always committed to staying healthy and fit. I was pro-active in sports during my school days. Fitness helped me push myself further along this journey. I’ve run several 10ks and half-marathons in the country and worldwide,” said Sahai, who is quite modest when it comes to her accolades and accomplishments.

While running is deeply entrenched in her daily routine, it hasn’t always been very easy for Sahai. Throughout the years, her goals have evolved and changed, but one thing has remained constant: her love for running. “I quit the corporate world almost ten years ago. The corporate world is fiercely competitive, and I wasn’t getting time to pursue my passion and do anything that made my heart sane and happy. I thought this wasn’t something that I was cut out for. That’s when I took a call and have never looked back since. So, you can say running was one of the best decisions of my life,” she stated.

But even while touting the life-changing benefits of running, Sahai is quick to admit that it is not always easy. “It really takes a lot of willpower, dedication, determination and everything in moderation. But if something doesn’t challenge you, it doesn’t change you. There are times when I get trolled, there are people on the streets who pass remarks at me. It has not been the easiest. Delhi is not anyway a safe place for women. There are of course a few deterrents, but they can’t be bringing me down. You have to always find a way out of it,” she grimly avered.

“Today, I am a changed person completely. When I say change, I mean not just the way I look, but emotionally and mentally, I’m a far happier person since I began running. This highlights how far I have come and it is hugely inspiring for me as well. If I look back at where I was ten years ago and compare with what I am today, my bravery keeps soaring higher and higher. Today, I can actually put my head into something and I’m able to go out and get it,” claimed Sahai, who is also an avid dog lover. Well, next time when you’re trying to talk yourself into making it to the gym or not blowing off that extra mile or lap, let this feisty marathoner be your fitspo. 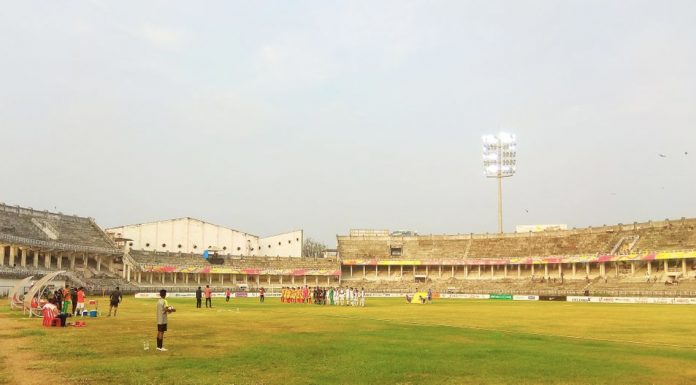 Md Imtiaz - Modified date: June 3, 2020
After months of wait, Kozhikode Municipal Corporation has taken a decision to allot the EMS Stadium as the home ground of Kerala Blasters. The formalities of renovating the ground to meet the ISL standards will be taken in a different meeting that will be...
Read more