1952 was a landmark year for women's sports in India

The real success story in Indian sports with the turn of this millenium has been women finally getting their due recognition. Our women are slaying in the world of sports with much aplomb, and never been in independent India's history, our sportswomen have been more recognised. Sania Mirza, Mithali Raj, P.V Sindhu, Saina Nehwal, Mary Kom, Dutee Chand, Hima Das have become household names in India, among others. We boast about our women who are leading on field breaking barriers and setting examples.

But this was not the case for the longest time. We have all heard of P.T. Usha, but how many of us remember M.D. Valsamma, who won a gold medal for the 400m hurdles in the 1982 Asian Games. Valsamma and Usha were both Kerala girls who, along with their Malayali compatriot Shiny Abraham and Vandana Rao from Karnataka, made a memorable early strike at the Los Angeles Olympics in 1984. While the year 1984 would be remembered as the year when Indian women athletes set the stage in Olympics, the 1952 also became a significant year for women sports stars in the country for the unprecedented success of four athletes particularly.

Mary Dsouza - One of the first women in Olympics Mary Dsouza was part of the 1952 Helsinki Olympics — the first time India sent women athletes to the quadrennial games. She won bronze in the 200m and silver in the 4x100m relay at the inaugural Asian Games in 1951 in New Delhi.

The presence of the first Indian woman at the Olympics owes a great deal to a dance. She had no coach, no trainer and no funds; the government was only paying airfare. Her neighbours and friends organised a dance and she managed to raise enough money. D’Souza was one of four women the first women from India, and one of the first in the world to attend the quadrennial event.

Her days spent with a group of boys, playing hockey, triggered her passion for sports besides hockey and athletics she played badminton and table tennis for the Railways. D’Souza studied till high school and then taught and played hockey at St Joseph’s School.

Her introduction to competitive sport happened because of her cousin, Maxi Vaz and Sacru Menezes, both well-known hockey players. They urged her to participate in a sports meet. She ran and came second in her first race. This whetted her appetite. A few years later, D’Souza would become the fastest athlete in India. She became a regular feature in newspapers for breaking track records at the national games and in the Asian Games. She has met with Jawaharlal Nehru and Indira Gandhi and various heads of states the photos with them are now mildewed, the fault of an errant maid. It was a matter of pride that Mary Dsouza was training herself along with the Olympic legend Jesse Owens in those days

Nilima Ghose - Another headway for women in Olympics A contemporary of Mary, Nilima Ghose became the first ever Indian woman at the Olympics when she was just 17 years old. Nilima was track and field athlete and competed in the 100m sprint and the 80m hurdles for India at the 1952 Games. She spent most of her childhood training to be a seasoned athlete and her dream of representing India came true when she became the first Indian woman at the Olympics. Nilima finished second last in the 100m heats with a timing of 13.8 seconds and completed the 80m hurdles in fifth position – two seconds behind the first placed athlete. The seventeen-year-old set an example and proved to people that even women of the country can compete with the best in the world and bring laurels to the nation if given an opportunity. While Mary was named in heat number 9 of 100m women’s sprint, Nilima competed in the first heat which technically made her the first woman to represent India at the Olympics. 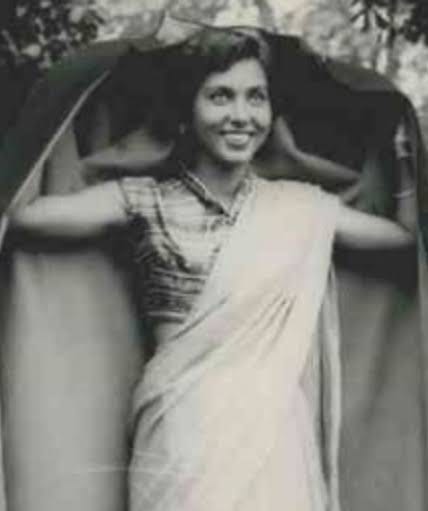 The Wimbledon draw of 1952 for the ladies’ junior singles category saw 12 girls in the main draw. 17-years old Rita Davar got a bye in the first round and played her first match as a quarter-finalist. She had never won a national championship before and now saw herself competing on the rich lawns of Wimbledon. Being the lone representative from her country, Davar made a strong start, dropping only three games in the round of eight. She backed this win with another straight sets victory over French opponent Annie Soisbault to seal a berth in the finals. In the finals, Davar began strongly, taking the first set 7-5. Davar’s opponent, Fanny ten Bosch retaliated in the second set to win it 6-1. Forcing a decider, the Dutch had to save a few match points to win with a final scoreline that read 5-7 6-1 7-5. Rita Davar became the first ever Indian tennis player (male or female) to make it to the finals of a grand slam in the singles category. She remains the only Indian to achieve this feat. The next four years saw Davar at her prime. She became the No.1 Indian female tennis player for 1953 and 1954. Davar won the Indian Nationals and the All India Hard Court Championships in 1953 & 1954. A winner of the 1953 North India Championships, Davar won the southern counterpart of the tournament two years later.'

While table-tennis remains a sport dominated by countries like China, Japan, South Korea and other nations from South East Asia, India has had several players over the years, who have left a mark at the international level. One of the first players to do that was Gool Nasikwala, Table tennis in India started in 1920, when we played under the English flag. During this time, India had many star paddlers, including players like Uttam Chandrana and V Sivaraman. But Gool Nashikwala was different, Gool hit a gold medal hat-trick at the first Asian Championship in Singapore in 1952.

Gool Nashikwala is the first and only Indian woman to win all the women's titles at the 1952 Asian Table Tennis Championships. Gool won medals in women's singles, women's double and mixed doubles and the newly arrived country was ready for its domination over table tennis. Gool Nashikwala was the national champion for two consecutive years in 1945 and 1946, before winning the tournament on this international stage, which he won in the then Bombay and Calcutta.