The 21-year-old shot-stopper talked at length about various aspects of his career.

Just five minutes into India's first-ever game in a FIFA event in 2017, Dheeraj Singh Moirangthem stood his ground to make his favorite save to date as he took that shot on his chest against the USA. It was indeed a rare sight in the art of goalkeeping which brought the focus of the Indian masses on him.

Dheeraj went on to produce numerous saves which were cheered by the crowd every time. Four years since that, the Manipur boy is the man between the sticks for Indian Super League side FC Goa now and continues to impress us with his quick dives and positioning.

A lot has changed for Dheeraj Singh in the last year or so. He joined Goa in January, produced stellar performances in the AFC Champions League, got a call-up for the national team and then went to UAE for the U-23 AFC qualifiers. Quite something for a young goalkeeper!

Reflecting on the same and what he took away from the run in 2021, Dheeraj revealed, "We(FC Goa) had a very good pre-season starting with Durand cup and then call-up for the senior national team for SAFF championship happened, which we won, followed by the U-23 qualifiers. During the U-23 qualifiers, we put up a very strong performance, that's the biggest takeaway."

On keeping up with the momentum

The biggest challenge is to keep up with everybody's expectations when you are coming off from a run like this. Dheeraj's form has been consistent in the past couple of months during Durand Cup and the AFC U-23 games in UAE. With FC Goa's Indian Super League opener fast approaching, a lot is on Dheeraj's shoulders.

Talking about how this can impact him, he said, "As a player, you want to play in the bigger games and when you play those games, you get to learn a lot of things and it boosts the confidence. I'm glad enough to get this opportunity to play before the start of the season. It would help boost my confidence and also I'm looking forward to starting the season on a positive."

On comparison with Gurpreet Singh Sandhu

Over the years, Gurpreet has raised the standards of what the Blue Tigers demand from their shot-stoppers. Now considering Dheeraj's age and past performances, it is only natural to draw a comparison, right? Or at least to assume that he could be the one for the future.

Although Dheeraj, personally, doesn't like when people put him up in that same bracket. The humble man that he is, insists that Gurpreet is his inspiration and he is far away from that prospect. He said, "Every time I tell everyone not to hype me up in that way because I'm really young and getting called for the first team is a big achievement." 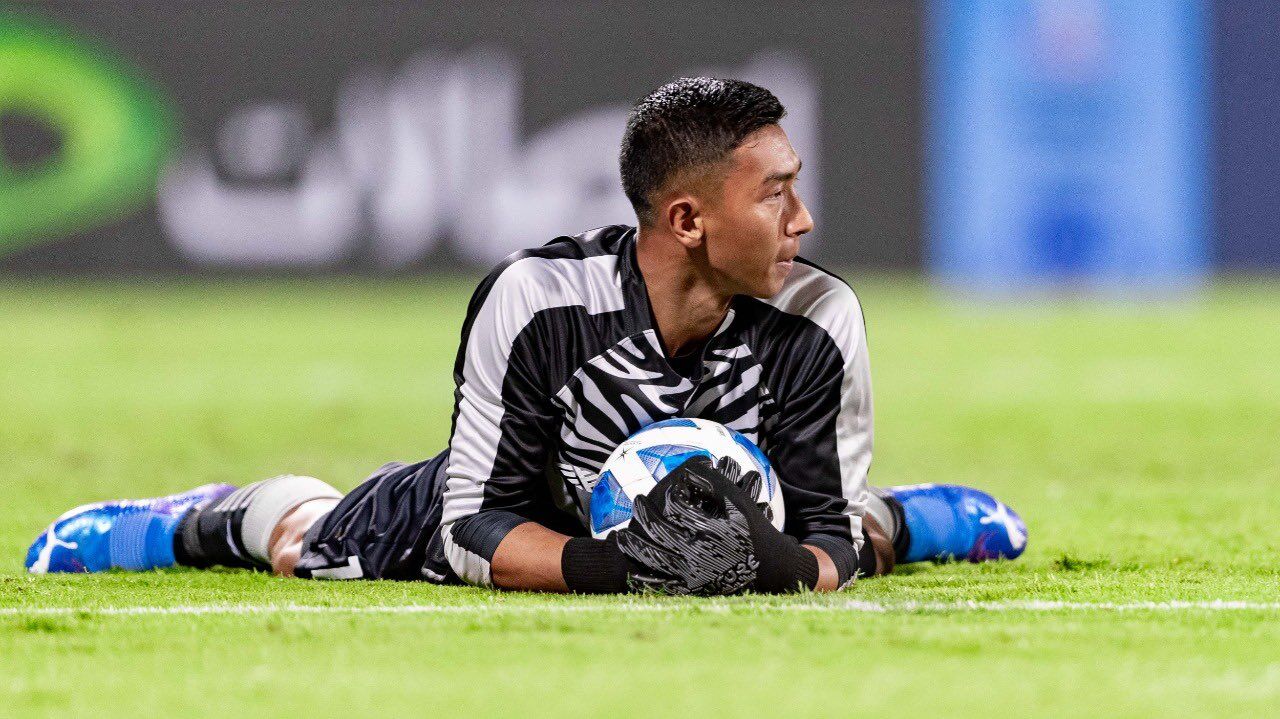 "For me being a young guy, young player, 21 years old, I have a lot of years ahead to work on. He is one of the best keepers in India."

It is quite understandable for players of his age to feel that extra pressure when they are compared to their idol. Surprisingly, he was calm about it and maintained that he doesn't let it impact his game. He explained, "No, it's not kind of pressure, but as a player you need to keep calm and perform. And, for me as a player, I don't want to keep any reference. So I just want to do the basic things and do well for myself and for the team. And let's see."

FC Goa and the style of play

We all know how possession-based football has become a brand of the Gaurs and regardless of their head coaches over the years, it has remained on the same horizon. One thing which even Juan Ferrando wanted Dheeraj to work on was his comfortability on the ball.

However, Dheeraj mentioned that he very well spotted that and has been working on it since. He said, "Everyone knows that we play quite attractive football and we play from the backside and it's very important for a goalkeeper to stay calm with the feet and give those beautiful passes."

If you were to go around the state, you will find FC Goa fans in huge numbers who would love to talk about their dominance in the league stage, them over-powering other teams, and style of play. But there is an asterisk. A troubling one is that they are yet to lift the title! And Dheeraj is no different. When mentioned this very thing, he explained the importance of that goal. Although he slightly did mention how a stellar transfer window has made their task difficult, at least on paper.

"I think this season is going to be a very tough one because I feel every side has a very strong team. And as you know, in ISL, anyone can beat any team at any time. So we should be prepared very well for every kind of game, there is no big or small game in the league. We need to put up a very strong performance as individuals. And, we want to win the game and also want to win the trophy."

He continued, "Since the start of the ISL, I've been noticing that FC Goa is the only team that had been performing consistently since the start. The only thing that is missing is the trophy. So hopefully we're looking for it in this coming season."

What lies ahead for Dheeraj?

At the age of 21, Dheeraj Singh has ticked a lot of boxes that he would have wanted to achieve in his career but a sign of every great player is that hunger, the greed to do more. When quizzed about what's next for him, the shot-stopper was humble as ever and spilled the beans on what would he want to achieve in the near future.
"First of all, I'd want to stick with the basic things. I want to play and I want to play very well. And also want to play for the National team, start for the national team, but it's still going on."

"It's not going to be easy. It's going to be one of the toughest tasks. I want to win trophies. Win matches every single day and that's my objective," Dheeraj Singh concluded.

The Gaurs are set to face the defending champions Mumbai City FC on November 22.