The rise of the PUBG phenomenon in India 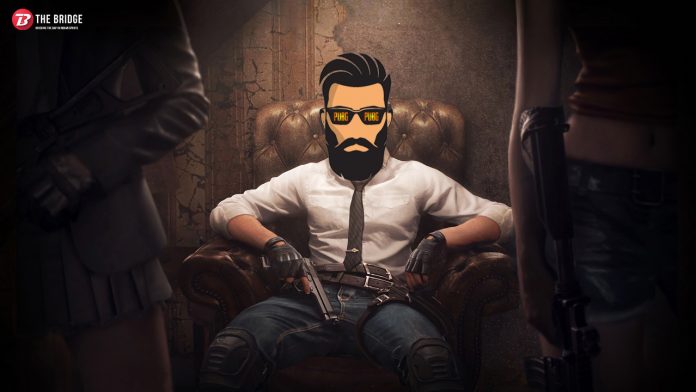 My roommate Varun, a 24-year-old IT professional from Chennai, earlier used to often strike a conversation with me about our mutual interest in movies. His avid interest in Tamil films had influenced me to watch a few of them together, and I had already become an admirer of Mr Vijay Sethupathi. However, took a drastic turn within days, when I saw him always hooked on to his smartphone since July last year.

After returning from a day’s work, he just used to plug in his earphones and glue his eyes over the device till well past midnight. Often, I could hear him speaking loudly with someone on the other side of the phone. On weekends, he remained entirely engrossed. I could listen to him screaming ‘Let’s get down at Pochinki’, at regular intervals. The eavesdropping started to become amusing, and out of sheer curiosity, I asked him what he had been hooked on to. Like a moment of big revelation of earthly secrets, I was introduced to the PUBG universe, which for several months, became a habit for me.

PlayerUnknown’s Battlegrounds or PUBG became a sensation since it launched in 2017 and its mobile version — PUBG Mobile — has garnered an enormous player base since its launch in March last year. The PUBG phenomenon has gripped India, bridging different generation for a common goal – Chicken Dinner – a catchphrase that eludes hardcore PUBG loyalists.

The game is creating waves by becoming a part of daily conversations between friends, colleagues and fellow students. With the wide availability of mobile phone internet and its economic tariff rates, people are engrossed in this virtual world even during the boring commuting time to their workplaces. The vital elements of this game are its simple mechanics and engaging team aspect which have made it into a platform over which teammates can effectively bond over.

It all began in March 2017, when PUBG Corporation, a subsidiary of South Korean video game company, Bluehole released a Beta version of PUBG on Steam, for people to play. The game is based on the previous Arma mods that were created by Brendan Greene for other games, inspired by the 2000 Japanese film Battle Royale, and expanded into a standalone game under Greene’s creative direction. The concept of a Battle Royale with 100 players in the same extensive game world fighting it out to the death with added challenges was an instant success. Though some would credit the concept to other games such as Day-Z, PUBG was the pioneer to bring it to the mainstream.

With the biggest e-gaming names, such as Pewdiepie and Sodapoppin, playing it religiously, the game captured massive attention.  This all happened while it was still in its beta phase.

PUBG only got an official release on PC on 21 December 2017. Having already gathered a massive fan following, PUBG did not need an introduction and immediately took the gaming world by storm. Around this same time, another title, Fortnite (PS4, PC, XBOX ONE), added a Battle Royale mode. In 2018, PUBG and Fortnite were two of the most played games.

The developers of PUBG, PUBG Corporation, apparently recognised the possibility of making massive profits from building a mobile version and partnered with Tencent Games and thus created the big ripple. PUBG Mobile released in China on 9 February 2018 and worldwide on 19 March 2018. It has had a massive impact on the mobile gaming industry, both worldwide and in India.

One very massive change that PUBG Mobile is bringing about is making competitive gaming accessible for casual players. There are a vast number of casual gamers, who just play occasionally, for fun, not seriously. Typically, games like PUBG, have been reserved for those with dedicated gaming machines (PS4s, XBOXs, PCs), and with a diehard passion for playing video games, and a whole lot of free time. But, with the release of PUBG Mobile, this was no longer the case.

Anyone who wants to play the game, can just download it, and jump online for a game or two with their friends. The reasons for PUBG’s popularity are its requirements. It runs smoothly on any mid-range phones unlike similar games like Fortnite. It is also available on both iOS and Android devices.

Fortnite, on the other hand, isn’t available on the Android platform. It is an iOS exclusive game. Unlike other mobile games, PUBG mobile is supported by a dedicated developer community and continuously receives updates ranging from visual improvements, seasonal events and royale passes.

Anyone who wants to play the game, can simply download it, and jump online for a game or two with their friends.

PUBG mobile has touched unprecedented success since its release, reaching 100 million registered users in only four months.  The app also topped the charts on App Store and Google Play, surpassing old-time favourites such as Temple Run and Candy Crush Saga. And while these games are less than 100 MB in size, PUBG’s size is over ten times larger. It won the Best Mobile Game at The Game Awards 2018. As per a Sensor Tower report, PUBG was downloaded more in the first quarter of 2018 than apps such as YouTube, Netflix and Snapchat. With the game gathering momentum in India, the numbers are only set to rise. One of the most significant revelations has been a substantial increase in Indian women taking an interest in the game, where we see men leading the gaming community. The wave influenced the Indian women not just to play but to make PUBG Mobile as a career option. There are several Indian female streamers today on Twitch and YouTube; streaming all night to showcase their gaming talent to the audience. A lot of them have well-settled streaming channels which are their active income sources.

According to a report published by Quartz, almost 20 per cent of players spend two-to-four-hours a day playing the game, some of them even during school and office hours. The report further states, 40 per cent of the players have been using PUBG as a social platform. And almost 80 per cent people have been making purchases in the game which is a new trend because India is a “country where internet users are extremely cash-conscious” and 72 per cent users spent up to Rs 350. Most of this money was used to buy in-game clothes and weapon skins.

The popularity of the game led to organising campus championships with a significant winning amount. Today, the game is making huge strides and have already announced PUBG Mobile India series, one of the biggest e-Sports tournaments on the country. Compared to last year’s Campus Championship which was limited to college and university students, the India series is open for all. Any player who has already reached level 20 can participate in the series which begun its qualifier round on January 21. The tournament has a prize pool worth a whopping Rs 1 Crore.

According to a KPMG report, India had a gaming community of 120 million people back in 2016. With more economical Internet tariffs coming into play, games like PUBG will have an estimated worth of $1.1 billion by 2021.

In India, where there’s a huge market of casual mobile games, PUBG Mobile can have a huge impact. Apart from being an entertaining game, PUBG also serves as a gateway to more competitive types of gaming.

Taking everything under consideration, PUBG has a positive impact on India’s gaming audience. With its vast influence and massive popularity, it is geared up to bring a revolution in both the mobile and dedicated gaming industry, especially in India. Press Trust of India - Modified date: July 12, 2020
Star sprinter Hima Das is not unduly worried about having to qualify for the Tokyo Olympics, as she feels she can make it to her maiden Games once the international season, suspended due to COVID-19 pandemic, resumes. Hima, the reigning junior world champion in...
Read more