Deceipt, dread and the eventual demise: The story of Delhi Dynamos FC Indian football is undergoing a tumultuous change, we can all agree to that. Whether those changes will eventually be for the better or the worst that remains to be seen, but the signs sure do not look good as of now. The foremost of those changes is obviously the fact that the Indian Super League (ISL) franchise Delhi Dynamos is reportedly looking to shift its base to Odisha, after enjoying five years of lukewarm success in Delhi.

On the surface of it, it looks like a decision made purely for business reasons. ISL is not a profitable business by any stretch of the imagination, with some franchises apparently having suffered seasonal losses of crores of rupees. Under such circumstances, it seems reasonable that the Dynamos would be looking to set shop elsewhere, but the ramifications of this reported deal could have far-reaching effects on the entire football ecosystem in the country. With FC Pune City also reportedly looking to follow suit, it could set a derogatory precedent for other businesses looking to enter into the sport.

In the early 50s and 60s, Delhi rivalled Kolkata with its deep affection for the Beautiful Game. In his book “Barefoot to Boots”, eminent football historian Novy Kapadia recollects his childhood days when masses thronged to catch the Durand Cup and IFA Shield games at the Ambedkar Stadium. However, the sentiment eventually subsided, as over the years Kerala and Goa, alongside Kolkata have emerged as the footballing hotspots in the country.

However, as it is with just about everything else, there were loyal aficionados who were desperate to have a taste of the game on their local turfs. That is why the emergence of Delhi Dynamos and the Indian Super League was much heralded in those circles, Delhi would finally again have a taste of national-level football.

What exactly caused the Dynamos to make this move?

Despite having qualified for the semi-finals twice, the Dynamos had ended in the bottom three in the last two seasons. In a city already impassionate about a sport, poor performances and inability to fill a stadium as large as the Jawaharlal Nehru Stadium reflected poorly on the franchise. It directly affected the club’s treasury, and despite the presence of the ever-loyal Dynamos Ultras an executive decision was taken to move to a cheaper base, which apparently comes in the form of the Kalinga Stadium in Odisha.

What mistakes were made by the Dynamos management?

Apart from the fact that there are multifold questions about the economic sustainability of the ISL in general, a major mistake made by the Dynamos was to play in the Nehru stadium instead of the smaller but historically renowned Ambedkar Stadium. It would have made more sense to start small and then transition into a bigger base, as is the case for most successful businesses.

There were also serious accusations levelled against Rohan Sharma and his family, who own majority stakes at the club. These allegations, which include corruption and money laundering charges, were levied on Global Shipping LLC and Global Marketing Systems INC, the family business of the Sharmas by former Dynamos employees. Unfortunately ever since these charges surfaced, Rohan Sharma, who is the director of the franchise has deactivated his Twitter account and no official word has been released on their veracity.

Hey @IndSuperLeague how is that blood money helping you build a football infrastructure in the country. Probably any money is good for you guys.

So where does the move leave the fans?

Despite their lower numbers, the Dynamos Ultras remains one of the most loyal fan bases in the country. The move does not only put their existence in question but could be the final nail in the coffin for football in Delhi. The home games often provided the boiling pot to people from different ethnicity, thus providing a mixed-race football culture with the likes of which are nearly non-existent in India and are sorely needed for the growth of sport in the country.

Moreover, the Dynamos also had an excellent grassroots system to train and educate the local player. It remains to be seen what decision is taken on the future of this academy, but it is most likely to be shut down thus drawing the curtains on a growing enthusiasm for the game amongst the youngsters.

As things stand, only two teams currently play top-tier football from Northern India, Minerva Punjab and Real Kashmir FC(both in the I-League). The total absence of North Indian clubs in the ISL, if the move were to materialize also threatens to put the long-term feasibility of the ISL in doubt.

If the move were to materialize, what would that mean for the Delhi Dynamos?

Well first of, they would be renamed to Odisha FC as part of an agreement with the Government of Orissa. They would also be playing out of the Kalinga Stadium, which hosted the Indian Arrows last season. The Kalinga Stadium is a modern stadium with a low spectator capacity, but it remains to be seen whether the Dynamos can form a connection with the local fans because it will not be an easy task. It is most likely that they will be seen as a foreign entity by the local fans, and business may continue to be as hard as ever for the Sharmas.

As things stand, the economy has taken precedence over passion, and it is difficult to see the Dynamos manage to form a proper fan-culture when fuelled by short-term goals. It takes years to fine-tune and turn a football club profitable, and even then it may not be the most commercially viable option for most businesses who want it to turn into one. At the end of it all, it is the local fans of the Delhi Dynamos who have been left shortchanged and will, in all probability have to embrace the gaping void left by the franchise as it seeks greener pastures.

For any student of Gujarat National Law University who is even remotely passionate about sports, it’s a complete no brainer that the 4 days...
Read more
129,535FansLike
11,113FollowersFollow
6,646FollowersFollow 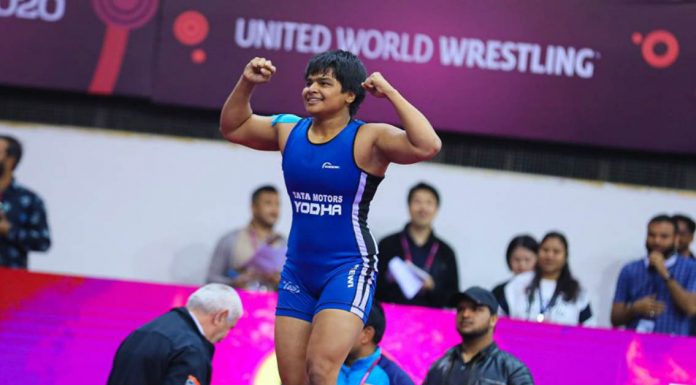 If being masculine is to look muscular, they’re wrong | By...