Cyclist Mahitha Mohan has donned many hats during her hey days. She had been a national champion in multiple road, track, and mountain bike events. In 2010, she was named India’s best cyclist. It was in her third standard, her father, P.K. Mohan bought her a BSA Ladybird cycle and her brother Santhanu taught her how to pedal. Soon she fell in love with cycling and pedalled her way to the top.

A winner of several national titles for Kerala, Mahitha came sixth in the Women’s Sprint at the 2010 Commonwealth Games in Delhi. Her ride to the top started during her childhood. She would often head for her school ground (NSS Higher Secondary School, Manacaud, Thodupuzha) to practice and would also ride to nearby shops. Although she would participate in her school cycling events and other local competitions, the competitive streak in her took shape when she realised cycling, her first love, could be a profession.

It was Chandran Chettiar, a cycling coach from the Sports Authority of India who encouraged her to enter professional cycling. Soon Mahitha was competing in national cycling events.

Her first National Games was in Hyderabad in 2002 when she was 15. Without much experience of cycling on velodrome, she gathered the spirit and raced on. Her journey to the top had been an uphill one. Much wasn’t been done for cycling in India even a decade ago. She won medals in almost every national event she participated in since 2002.

Besides being a track cyclist, she also took part in Mountain cycling. At the 2010 South Asian Games, she was the 50 km Mass Start gold medal winner. 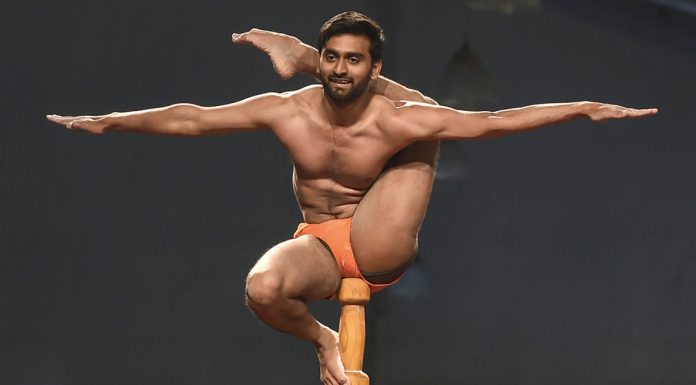 Abhijit Nair - Modified date: March 3, 2021
In a recent development, an Indian Embassy in the United States of America (USA) has requested the Indian Ministry of Youth Affairs and Sports (MYAS) to provide them with equipment for the indigenous Indian sport of Mallakhamb. The official Twitter handle of Sports Authority...
Read more