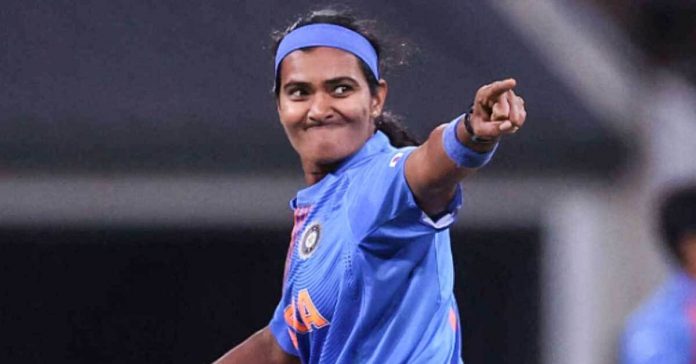 India march confidently to the semi-finals of the ICC Women’s T20 World Cup after winning three successive group matches and topping the group tables. The consistent adroit performances by the team have now made them tournament favourites. The team playing like a well-oiled unit has been key takeaway of the tournament. While Shafali Verma’s early pieces of blitzes have always kept the scoreboard ticking, it was the bowlers — Shikha Pandey and Poonam Yadav — who could squeeze the opponents’ force in their run-up to chase the targets set by the batters.

While the spin tornado Poonam Yadav has been the most successful bowler of the side, scalping eight wickets so far, including a fourfer against mighty Australia — which also makes her highest wicket-taker in the tournament, pacestar Shikha Pandey has been successfully able to gap the void which India could have reeled into with the absence of Jhulan Goswami. Pandey has led the Indian attack with aplomb.

Jhulan’s sudden retirement from T20, has probably brought out the best of Pandey now. It is after 20 long years that Indian women’s team is playing an ICC tournament without Jhulan Goswami.

Pandey had a rejuvenation in 2019, leading India Red to a thrilling win in the final of the Women’s Senior one-day Challenger Trophy. Not only did she take a five-wicket haul in a game, but also showcased a strong temperament and tactical acumen in front of coach, Woorkeri Venkat Raman. It marked the beginning of what has become an incredibly successful partnership.

Raman’s approach to the coaching role allowed Pandey to steadily settle back into the team.

Pandey went on to re-establish herself as the team’s frontline bowler in both formats in 2019. Not only did she finish as India’s joint second-highest wicket-taker in ODIs, and fifth-highest overall— an achievement that saw her make the 2019 ICC Women’s ODI Team of the Year— but she also took seven wickets in eight T20Is at an average of 21.14 and economy rate of 5.10— her best (overall) numbers in a calendar year in T20Is. Against South Africa and West Indies, she picked up crucial wickets with the new ball and came back to bowl the difficult overs when India were searching for a wicket… She is now clearly one of their ‘go-to’ bowlers.

Pandey is the only frontline seamer in India’s squad at the T20 World Cup. It is a tag she has earned through her performances over the last 12 months and wears proudly. Her 3.5-0-14-3 against Australia, spoke volume of her mettle to pressurise the opponent with the new ball that has been vital for India’s chances. She has been building a good partnership with spinners and nailing those yorkers is very much important if the opposition takes down the spinners. The hard length of Shikha Pandey has been causing lots of trouble and she has been bowling accurate line & length in death overs. Against New Zealand today, Shikha held on to her nerves brilliantly in the final over and let Hayley Jensen (11) and Kerr score a four each. However, Shikha ended the over with a run-out to complete the win. Amassing six wickets so far, Shikha is the second-highest wicket-taker in the tournament. And going by this form, India will rely on her abilities heavily in the next crucial matches to come.

Hockey players visiting home have to be quarantined upon returning Press Trust of India - Modified date: May 23, 2020
"Homesick" players can go back to their natives but will have to serve a 14-day mandatory quarantine period before rejoining camp, according to the Hockey India SOP for the national teams based at SAI South Centre in Bengaluru. With an aim to provide a...
Read more