All-rounders provide a bedrock around which a cricket team’s success revolves – so often we have seen how all-rounders have altered the complexion of the match be it with their bat or the ball, or even in the field via a crucial catch or a run-out. All-rounders lend a semblance of ‘balance’ to a side.

Indian women’s cricket team all-rounder Deepti Sharma has underlined her all-round value to the side in the ongoing ICC Women’s Cricket World T20 Cup being held in Australia – she scored a handy unbeaten 49 in India’s impressive 17-run win over defending champions and hosts Australia at Sydney and again played her part in India’s second win over Bangladesh at Perth.

Indian cricket buffs won’t forget her sensational 188 against Ireland in the Quadrangular Series, at Potchefstroom, South Africa in 2017, when she created a world record 320-run ODI opening stand with Poonam Raut. The all-rounder only enhanced her stature with a decent performance at the 2017 ICC World Cup in England, collecting 216 runs at an average of 30.85 with a best score of 78 against Sri Lanka as well as snaffling 12 wickets.

Indian women cricket’s first Test captain Shantha Rangaswamy believes the progress of Deepti at the international levels augurs well for the future of Indian women’s cricket. “Deepti has really evolved as a cricketer over the last five-six years or so. She was outstanding against Australia as India outplayed the hosts in all departments of the game. Her knock of 49 panned out to be crucial in India’s 17-run romp,” she says.

The former Indian top-order batswoman and medium-pacer feels that Deepti is an extremely utility player despite lacking flamboyance. “Deepti may not be flamboyant but makes up for it with solid technique and temperament. Flamboyance can keep you going over the short-term, but it is technique and temperament that keeps a player going over the long-term and she has that in abundance,” says Shantha, who captained the national Test side from 1976 to 1991.

Shantha, who has had an impressive run in India’s debut Test series against West Indies at home in 1976, is pleased at the way how Deepti paces her innings. “Deepti knows how to milk the bowling – she is very good in picking the ones and twos and runs between the wickets hard,” says Shantha who was the first Indian women cricketer to receive the BCCI Lifetime Achievement Award.

Like every cricketer, Deepti according to Shantha still has room for improvement. “I think Deepti would do well to add more variations to her ODI and T20 bowling. I have no doubts that she will evolve as a bowler as well over the next two years or so,” says the Arjuna Awardee woman cricketer.

Former Indian woman Test wicketkeeper and national selector Rita Dey, who had first spotted Deepti when she was in her initial days as a cricketer at the domestic level in Uttar Pradesh, speaks with pride about the girl.

“I first spotted Deepti when she came to the Kanpur-based Kamla Club for Junior trials. I was the Chairman of the Uttar Pradesh Cricket Association Selection Committee at that time. She used to bowl medium-pace then but I along with other selectors were excited to identify a girl who bats left-handed since it was a rarity for Indian women’s cricket. I along with other selectors convinced her to switch to spin bowling since we felt that she may not be successful as a medium-pacer as she was diminutive,” recalls Rita, who is currently works at All India Radio, Kanpur.

Rita, who was the national women cricket selector from 2010 to 2015, was effusive in praise of Deepti. “She has always been a disciplined girl and very obedient. She would be open about her shortcomings and would discuss with me on a regular basis. Look at the way Deepti batted against Australia in the opening T20 ICC World Cup tie – she has matured so much and means so much to the Indian eves’ side.”

“She is mentally very strong and the team management finds it ideal to shift her up the batting order or down the batting order as per the team’s requirements and every time she exudes an impression that she is up for it. She may have made it big in the national team but she talks to me regularly – in fact, she had called me up after the Australia match,” says the former right-handed wicketkeeper batswoman, who had played 2 Tests and 6 ODIs for India in the mid-eighties.

Clearly, Indian women’s cricket is truly blessed to have a player of the calibre of Deepti Sharma in its ranks. May the 2020 T20 ICC Women’s World Cup would be the platform for her to put a seal of confirmation on her fast-growing reputation!

The goal in that semifinal between East Bengal and Mohun Bagan earmarked the moment when Bhaichung Bhutia would go from being a star to being a legend.
Read more
Cricket

The skipper of India's T20 cricket team Harmanpreet Kaur has spoken on a range of issues from India's domestic structure to her captaincy.
Read more
Coronavirus

These difficult times ask for help from the privileged to the needy. The daily wage earners are most affected due to the lockdown. They...
Read more
Cricket

With the deadly coronavirus sweeping across continents and affecting many millions, health authorities, experts, researchers around the world are racing to invent ways to...
Read more
Coronavirus

He has also given Rs 5 lakh to 'Zomato Feeding India', which is helping families affected by the ongoing national lockdown, and another Rs 5 lakh to help aid the welfare of stray dogs.
Read more
129,193FansLike
11,393FollowersFollow
6,958FollowersFollow 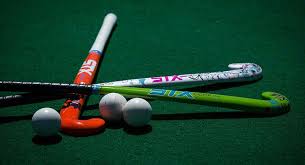 The Bridge Desk - Modified date: April 1, 2020
Hockey India on Wednesday pledged to contribute Rs 25.00 lakh towards the PM Cares Fund in a bid to join India's fight against the Covid-19 Pandemic. The decision was taken by the Hockey India Executive Board after the Hon’ble Prime Minister Shri Narendra Modi...
Read more