Did you know that one of the finalists of this season of WBBL had once named the Indian T20I skipper, Harmanpreet Kaur as their Player of the Tournament? The month long Women’s Big Bash League (WBBL) will finally come to a closure today, with the Sydney Thunder taking on the Melbourne Stars in the much-awaited final of the tournament.

Though, the pandemic coupled with a clash in schedule of the WBBL and Women’s T20 Challenge meant that no Indian player could participate in the tournament; the final does have an interesting Indian connection.

It all comes down to this! 🏆

Did you know that one of the finalists of this season of WBBL had once named the Indian T20I skipper, Harmanpreet Kaur as their Player of the Tournament?

Harmanpreet achieved this feat in her very first stint at the WBBL, representing the Sydney Thunder, after she became the first ever Indian player to be sign for a foreign T20 franchise. The Indian ran riot in the 2016 edition of WBBL as she scored 296 runs in the season at an average of 59.20 and strike rate of 117 in 13 matches.

In an otherwise disappointing campaign for the Thunder, Harmanpreet was one of the brightest stars and ended the tournament as the team’s second highest run-getter. Besides, she came back not out in seven of the total 12 innings she got a chance to bat. Her 28 ball 47 against the Melbourne Stars in her debut match was one of the most brutal innings of the tournament.

Furthermore, Harmanpreet contributed with the ball too, scalping 6 wickets in the tournament at an excellent average of 17.10 and economy of 7.07 runs per over.

This brilliant all-round performance led her being named as the Sydney Thunder’s Player of the Tournament.

The franchise had then tweeted, “Congratulations to @ImHarmanpreet for being named Sydney Thunder #WBBL02 Player of the Tournament . #ThunderNation”

In total, Harmanpreet has played a total of 35 matches across three different seasons for the Sydney Thunder, scoring 713 runs at an average of 35.65 and strike rate of 116.89 and scalping 12 wickets at an average of 18.80 and economy of 7.53 runs per over.

Besides Kaur, the other Indians to represent a WBBL side are Smriti Mandhana (Brisbane Heat) and Veda Krishnamurthy (Hobart Hurricanes.)

Also read: This Kerala businessman owns a team at the Lanka Premier League 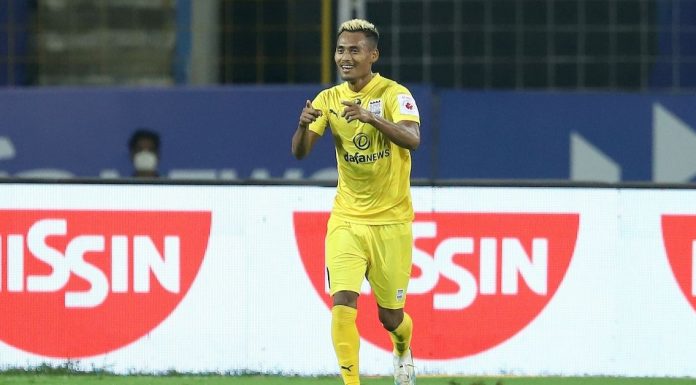 Sayan Chatterjee - Modified date: January 12, 2021
Out of all the teams that are playing in the Indian Super League (ISL) this season, Mumbai City and its players have, without a doubt, looked the most accomplished and assured on the ball. That has a lot to do with having players like...
Read more