The third and final game of the three-match ODI series between West Indies Women and India Women is all set to be hosted at the Sir Vivian Richards Stadium in North Sound, Antigua, later today. With Smriti Mandhana back in the squad and a strong comeback in the second game of the series, India will be going into the decider with the series locked at 1-1.

The live streaming is not available in India.

India women’s team recovered well from their debacle in the first ODI and registered a thumping win against the West Indies women’s team in the second ODI of the series. In the second ODI, the Indian women’s team won the toss and opted to bat first. After losing two quick wickets in the form Jemimah Rodrigues and Priya Puniya, the Indian captain Mithali Raj along with Punam Raut Steadied the ship with a 63 run partnership for the third wicket. After the dismissal of MItahli Raj (40 off 67 balls). Harmanpreet Kaur and Punam Raut added 93 runs for the fourth wicket partnership. Harmanpreet Kaur (46 of 52 balls) and Punam Raut (77 off 128 balls) both fell in the successive overs trying to up the ante. With the pitch being on the slower side the Indian team managed to score 191 in their fifty overs. For the West Indies, Aaliyah Alleyne and Afy Fletcher picked up two wickets each.

In the reply to India’s par score, the West Indies women’s team didn’t get off to a bright start in the chase. Losing Stacy Ann King early and then Natasha McLean retired hurt then the onus of the chase again fell upon the West Indies captain Stafanie Taylor. But she was held captive by the beautiful bowling done by Rajeshwari Gayakwad and Poonam Yadav. After the fall of Stafaine’s wicket, the West Indies team just didn’t have grit in the back to chase down the target and eventually fell short by 53 runs. Indian spin trio off Rajeshwari Gayakwad, Poonam Yadav, and Deepti Sharma picked up 2 wickets each giving away just 78 runs off their 28 overs combined.

Batting has been an area of concern for the West Indies women’s team. Hayley Matthews can now be considered for selection and might make her way back into the playing eleven due to the all-round ability she possesses. For the Indian women’s team Smriti Mandhana may come into the playing eleven but whom she replaces will have to be seen as both Priya Punia and Punam Raut have done a decent job.

The weather forecast for the matchday is bright and sunny throughout the day. The pitch tends to get slower as the game progresses so batting first would be a great option. The spinners are expected to get some purchase off the pitch.

In the previous five games, India women’s team has beaten West Indies women’s team in four games while losing one game. The series is perfectly balanced with both the teams winning a game each, the final game could well go in the favor of India.

(The article was first published on Female Cricket. You can read it here) 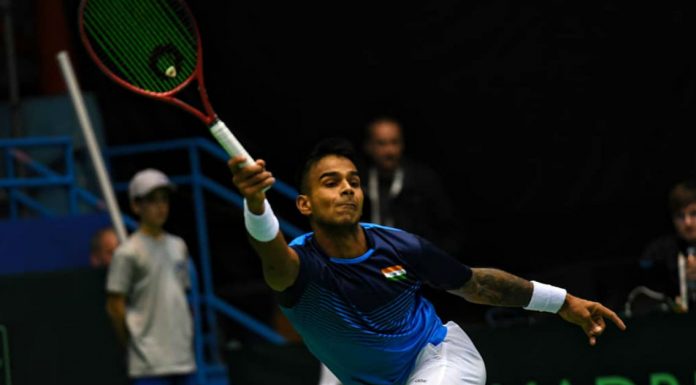 The Bridge Desk - Modified date: August 7, 2020
World No 127 tennis player Sumit Nagal from India has received a direct entry for the 2020 US Open. He was the last man to receive direct entry into the field of 128. The ATP rankings as of Aug. 3 were used to determine...
Read more