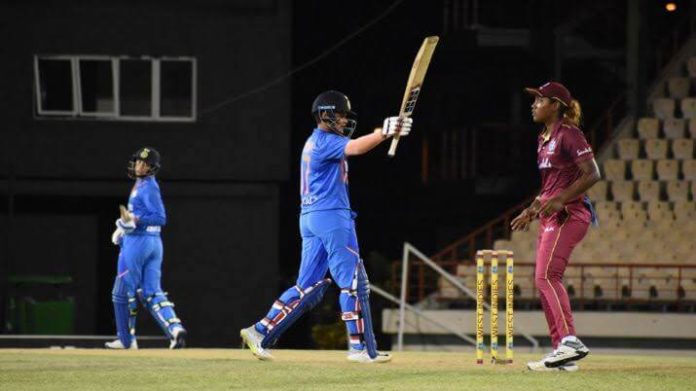 Clinical fifties from 15-year old Shafali Verma and Smriti Mandhana led the Indian team to an 84-run win against West Indies in the first T20I that was held at the Darren Sammy Stadium at St Lucia. After being sent in to bat first, the visitors stitched together 143 runs for the first wicket as India ended with a mammoth score of 185 for 4 in their quota of 20 overs. In reply, the hosts could manage only 101 for 9, as India took a 1-0 lead in the five-match series.

The young Verma, who had been unable to get going in her first four international innings’, scoring only 64 runs, started positively and got her maiden half-century. Her knock of 73 was laced with six fours and four sixes before she was sent back by Shakera Selman. However, during the course of the stand of 143, Verma and Mandhana created and broke many records. Their partnership was the highest for any wicket by an Indian – they bettered the 130 that had been scored Punam Raut and Thirush Kamini against Bangladesh in 2013. It was also the 14th highest overall for any wicket and the 8th highest for the first wicket in the format.

Mandhana got to her fifty as well as she continued her good run of form after returning from an injury. The left-hander smashed 11 fours as she ended with 67 that came in only 46 deliveries. The first wicket partnership finally came to an end in the 16th over, following which big-hitters like Harmanpreet Kaur and Veda Krishnamurthy provided a late flourish to help India over the 180-run mark.

In reply, the Indians started off with spin, and the ploy saw results straight away as the West Indian openers – Hayley Matthews and Natasha McLean – fell early. Shermaine Canbelle did try to steady the ship but she had no support as West Indies struggled to keep up with the required run rate.

There were a few 20-odd runs partnerships, and Campbelle herself survived for 34 balls, but the Indian bowlers were tight in their lines and constantly applied pressure. In the end, it was an easy win for the Eves in Blue, and they will now hope to go 2-0 up as they play the second game scheduled later for tonight. 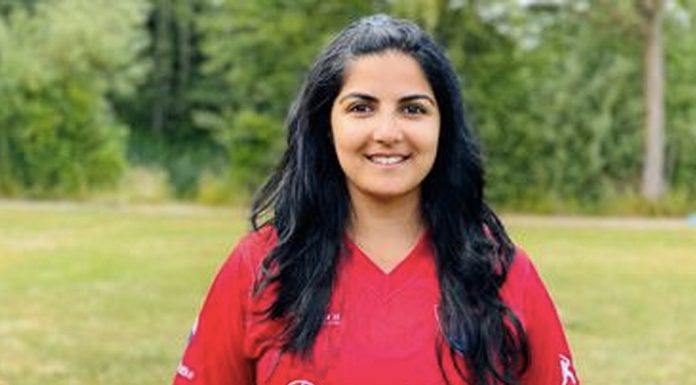 The Bridge Desk - Modified date: July 1, 2020
India's Sharanya Sadarangani, on Monday, June 29, became the first women’s cricketer to take part in the ongoing edition of the European Cricket Series T10 League (ECS). She played for the KSV Cricket Club in the match against PSV Hann Munden. Her side lost...
Read more