The focus was on Haylely Matthews and Smriti Mandhana, two players who were returning to the team for their respective sides, in the third ODI between West Indies and India. While Matthews was back in the side after serving out an eight-match ban, Mandhana had been away from the game due to a fractured toe. Both players starred in the game on Wednesday but the Mandhana’s 63-ball 74 overshadowed Matthews’ 3-wicket haul, as the visitors scripted a 6-wicket win to win the series 2-1.

The win was set up by the bowlers once again, however, as they came together to bowl nagging lengths, which restricted the West Indies to a below-par total of 194. Wickets kept falling at regular intervals and despite skipper Stafanie Taylor’s 79, they ended up with less than 200 on the board.

Struggling at 50 for 4 at one stage, West Indies took 15 overs to score the next 34 runs as the duo of Taylor and Kyshona Knight preferred playing a patient game against the Indian spinners. The former scored only 24 in 64 balls in the middle overs and she brought up her fifty in 94 deliveries. However, some quick runs at the death from her and Stacy-Ann gave the West Indies something to play with.

On the other hand, the Indians got off to a bright spark with openers Mandhana and Jemimah Rodrigues almost running away with the game. The teenager brought up her fifty in just 69 balls, while Mandhana, who hit three sixes and nine fours in her knock, got to the landmark in 49 balls. Smriti Mandhana becomes the fastest Indian (51 innings) and third-fastest overall to score 2000 runs in Women’s ODI cricket. The openers notched up 141 runs for the first wicket, and despite their quick dismissals, the match was all but over.

Mithali Raj and Punam Raut then combined to score quick 20s, but they too were sent back before Harmanpreet Kaur and Deepti Sharma took the team over the line. After losing the first game of the series, the Indians raised their game to clinch the next two games and, in the process, registered their sixth consecutive ODI series win and are currently third in the ICC Women’s ODI Championships table with 20 points from 10 wins. West Indies, on the other hand, are ranked 13th with just 13 points.

The two teams will not square off for a five-match T20I series. 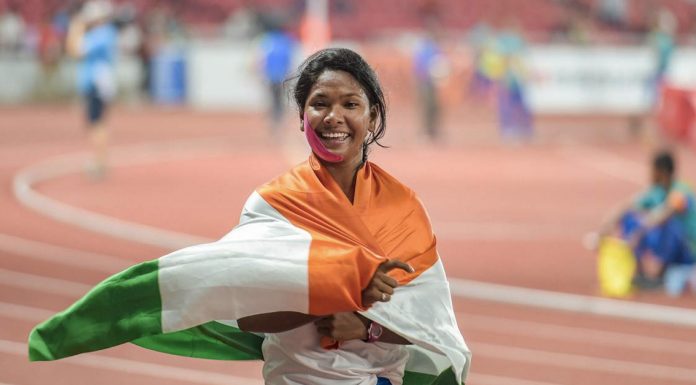 The Bridge Desk - Modified date: May 23, 2020
With the Tokyo Olympics postponement, the road to the event is wide open for her. She is now desperate to get on the field and practice with the hope that she will be able to meet the standard of the qualifications at the Olympics....
Read more