This August, in our campaign #iStandIndependent, we bring you stories of extraordinary achievers in the world of sports. People with disabilities from poor, underprivileged backgrounds who have overcome great odds to make their mark and are aiming to make India proud. Our first profile is on Ramesh Subramaniam Naidu, member of newly formed India Divyang Cricket Team.

Every evening, after school, Ramesh Subramaniam Naidu would be drawn to a maidaan near his home in Vishakhapatnam, Andhra Pradesh, where he would watch other boys play cricket. Ramesh, then five years old, longed to join them but would be turned away because of his disability. Ramesh does not have three fingers in both his hands and a toe in the right leg, a congenital disability.

Then one day he told his father, a driver, about his desire to play. “My dad took me to the ground and would play cricket with me. Eventually, the others invited me to play with them”.

Today, as this 24-year-old trains in England ahead of his debut in international cricket as a member of the India Divyang Cricket Team, it’s his father that Ramesh most remembers. “My father is my inspiration, he has supported me always to the core at any cost”, says Ramesh. “Even though we are from a financially poor background he encouraged a positive mindset in me”.

Next week when India take on England in the first match in the T20 Physically Disabled Cricket World Series, Ramesh is hoping to make history.

It’s my passion and dream to play for India. Since childhood I have been playing cricket and I have been playing with all my heart. I just love the game because I learned communication skills, leadership, discipline, attitude playing cricket. By winning the World Cup for India, I want to create a platform for others with disabilities.
– Ramesh Subramaniam Naidu, Member, India Divyang Cricket Team

Ramesh started playing professional cricket after he joined the Indian Institute of Technology, Madras (IIT-M). It was here that he came in contact with R Raghuram, who has played Ranji Trophy cricket for Assam and Tamil Nadu.

“I was the cricket coach for the IIT-M team for five years and I met Ramesh when he came for selection trials”, recalls Raghuram. “He was a little unsure because he had not been chosen in the earlier trials because of his disability, but I did not see his disability at all. I saw his attitude”.

Not everyone else felt the same way. Most people were unsure how well Ramesh would be able to play for IIT-M. “I told him that disability was in the mind and that he was as good as anyone else”, says Raghuram, who was tough on Ramesh. “I made it clear I would not show any sympathy; he would have work like everyone else”.

And he did work hard, turning up way early everyday for the 4am practice sessions. IIT-M has a strong focus on academics and students interested in sports are expected to maintain high academic standards.

“I went on to represent my college and also took part in inter IIT meets”, says Ramesh. Eventually he started playing for the Tamil Nadu Cricket Association (TNCA) in the fifth division. “Here, I developed and improved my skills”.

What makes Ramesh such a standout cricketer is that apart from batting and fielding, he is a skilled leg spinner. “His two middle fingers are not like others and it is precisely these fingers that you need most as a leg spinner”, points out Raghuram. “The fact that he is such a lethal bowler despite these fingers being absent is admirable. He has chosen the toughest part of cricket”.

While playing for TNCA, Ramesh was encouraged to try out for the disabled cricket team. Raghuram and Karthikeyan, his current coach at IIT-M, and teammates felt this would give him the opportunity to shine.

Ramesh got selected for the state team and captained the side for a series. “I felt he should use this platform to push himself in the space because given how multi-talented he is, he was a sure shot for the national side”, says Raghuram.

And that he did after a series of tough selection camps that attracted disabled players from across India. Karthikeyan says Ramesh’s inclusion in the national side was no surprise given his abilities as an allrounder.

“Batting, bowling and fielding – he is superb at all three”, says Karthikeyan, who expects Ramesh to be the Player of the Tournament in the world series. “He is the main player for IIT-M and has been outstanding in all South Zone matches. I have told him to focus on his line and length and his attitude is such that however powerful the batsmen, he tackles them”.

It is this determination to excel that makes Ramesh an all-round achiever. He has maintained an outstanding academic record throughout, scoring 95% in his class 12 exams and then securing an all India rank of 41 in the physically challenged category in the engineering entrance exams. Becoming an electrical engineer is as much of a priority as playing cricket for India.

His successes, he hopes will change perceptions towards disabled people. “Apart from my dad there are many people who have helped me to get here, like Dr Suman Sir and Sajeeda Ma’am, who helped me financially. I feel blessed to have been given a platform like this. My motto is simple – ability is greater than disability – and through my example, I want more people to feel like this”.

COVID-19 may have pushed back growth of women’s cricket by 2 years: Mithali Raj 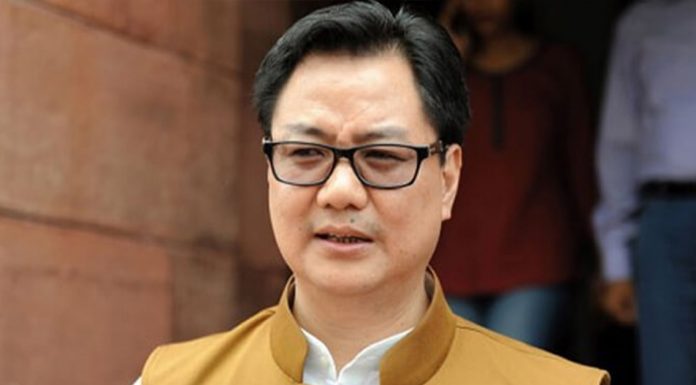