Right before Tokyo 2020, the World Squash Federation’s third consecutive appeal to have the sport included in the Olympics was rejected. Interestingly, the Olympic program instead chose to include disciplines like Skateboarding and Sport Climing. More recently, sports in contention for inclusion at Paris 2024 have also been announced and the list includes Break Dancing which enjoyed popular reception at the Buenos Aires Youth Olympics in 2018. Squash, once again, was ignored for the fourth consecutive time.

Latest estimated figures suggest that there are close to 20 million squash players worldwide. And if one thinks that the culture and taste for the sport exist only in a few global pockets, that is simply not the case. In June 2009, there were players from nineteen countries in the top fifty of the men’s world rankings showing how widespread the sport actually is.

Several reasons have been cited for this repeated snub the sport has received from the International Olympic Council- the most recent one has been pertaining to Tokyo 2020 and its bid for the event seems to have been damaged by the fact that the Olympics are being held in Japan. IOC rules allow hosts to propose and back additional sports to be included in the Olympic program and host countries are expected to choose disciplines where they are capable of bringing an impact.

The other, the more widespread argument has been that despite squash’s fast pace, it remains quite low on the television-friendly spectrum given the area the sport is played over, constraints of the court allowing only one angle of filming for the most part and the size of the ball which was too small to track in a fast-paced environment. A dedicated platform, Squash TV, managed by Professional Squash Association (PSA), disagrees citing an improvement in technology which allows for better visibility and easier attention retention.

The Bridge caught up with Saurav Ghosal, India’s premier Squash player, to understand a player’s perspective of what it would mean to have his sport included in the Olympics. In addition to how it would help the World body financially (World Rugby reported net spending of $30 million by National Federations in preparation for Rio 2016 when Rugby Sevens made a comeback to the Olympics after a long time that year), the possibility of an Olympic medal would be a great incentive to encourage the sport among a younger age-group thus ensuring the continuity of the sport.

Here is what Saurav Ghosal had to say.

General reaction for the sport being rejected from Olympic inclusion for the fourth consecutive time.

In terms of not being included, the common reaction among players is that we are disappointed. Needless to say, we are all upset with the development and news that we will not be getting the chance even in 2024. As a sport, we feel that we tick all the boxes that the Olympics cater for in terms of the physicality of the sport, how important an Olympic medal would be for the sport, it may not be the healthiest sport in the world but it is definitely fast paced and exciting and you need to be in peak physical condition to pursue it. Olympic values are very well brought out in Squash and thus, the continued exclusion remains a mystery.

“As a sport, we feel that we tick all the boxes that the Olympics cater to.”

We deserve to be there for all the progress sports are making. The IOC keeps sending us its requisite requirements to be considered for Olympic inclusion and as a sport, the management takes care to ensure we stick to that framework the best we can but then they choose a different sport without giving a rational explanation as to why.

It feels like a never-ending cycle of trying and not getting through.

How non-inclusion affects the sport and the current international players.

The biggest thing obviously is that, if it becomes an Olympic sport, a lot of countries will increase their funding for the said sport which would obviously result in a more cohesive development at the national level. It would translate into more events, more players, it would allow newer players to enter the sphere and make it more competitive and exciting.

Let’s take an example of China here- they are currently not a powerhouse when it comes to Squash but they will definitely invest more if the sport is included in the Olympic program. Similarly, the US would up its efforts, even more than they put in currently.

Now we have come to the point where we as players feel that we must organically grow the sport from within to ensure its survival and do the best we can to ensure that Squash is as good a sport as it can possibly be both in terms of the quality of players participating and the value we provide for a global watching audience. Moving forward, that is what the PSA and the WSF are focussing on.

Can you elaborate on how players can organically drive the growth of Squash? In terms of the events we have, it is important to be able to get it on TV and ensure an audience across the world. Players themselves should be actively invested in making the grassroots better. Increasing numbers in terms of the players playing are yet another priority- Squash is the second biggest played sport after football in Egypt precisely because of the number of youngsters who play the sport at the grassroots level.

Every nation needs one idol who would inspire a generation to take up a particular sport and thus ensure that the culture is sustained. More numbers playing would automatically mean a larger audience.

What the way forward for Squash can be.

As I mentioned, the general sentiment is that we tick all the boxes and, furthermore, ever since Squash applied for inclusion for the first time, communications with the IOC have been quite vague. We are never told where squash falls short as a sport and what must be done. Every time we get rejected, there is no valid reason. This is not even for Squash alone but for several sports facing repeated rejections.

So, say we want to apply again, all we have to go on is our gut regarding what went wrong the last time and how we can correct it.

The argument that Squash is not television-friendly.

I would definitely agree with that statement five years back but if you watch the productions now on PSA’s official YouTube channel, you will see how clear everything is. I agree a smaller ball would have made the ongoing game difficult to follow but that is something which was taken note of and rectified. Now, it’s as good as watching a tennis match- in fact, it’s faster and more exciting.

How has Indian squash grown since you began playing?

Today, the Squash family in India is a lot bigger than it was when I first started playing and this growth has been consistent over a number of different metrics. 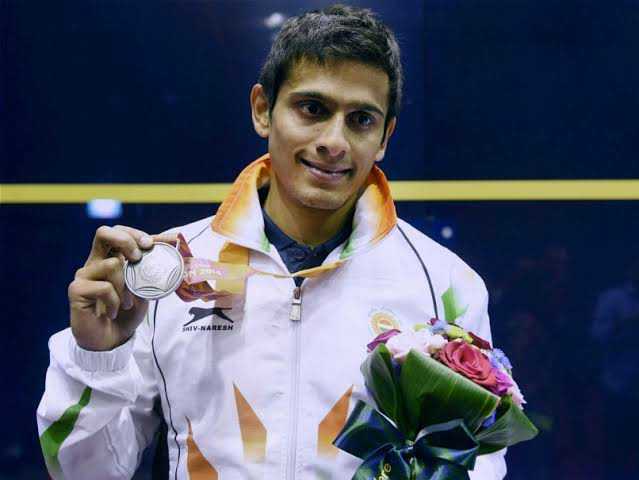 The number of players playing has increased, junior events have increased in number. When I was a junior player the lowest Draws we had involved 16 or if we were lucky, 32 players. Now we start with Draws for 128. When I started playing Senior Nationals when I was around 17, there were 32 players. Today, we have a qualifying draw for 256 and the main draw for 16 players. The numbers are huge.

Additionally, when I started playing PSA, the only other person who was with me was Ritwik Bhattacharya. Now we have so many more players.

Even prize money in the domestic circuit has seen an exponential increase which has been great in encouraging the sport at the grassroots and age-group levels. My first senior nationals, the prize money was around 30,000 rupees. Today it is close to 1.5 lakhs. It has also helped that players over the last 5-10 years have done well in the international circuit which has probably given rise to the belief that there can be a future made in squash.

When I started out that belief was definitely lacking and it is quite good to see how far we have come in all these years.

Deepshikha Chatterjee
Someone whose life revolves around sports and books. 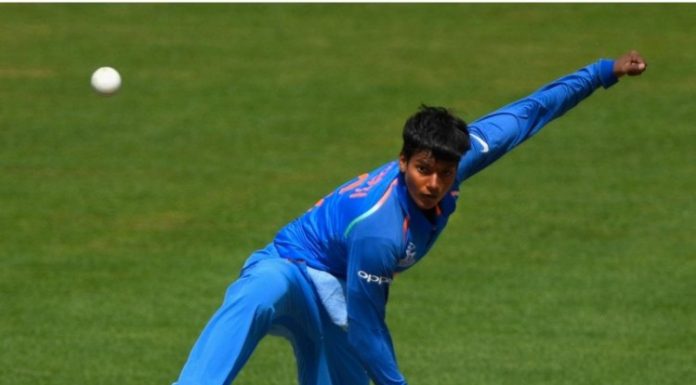