The 'Gold'en challenge: Indian hockey prospects for the 2018 Commonwealth Games

The importance of 2018 cannot be overemphasized. It is indeed an important and critical year for Indian Men's Hockey, in the build up to the 2020 Olympics in Tokyo.

"I am confident that a year in which we play the Commonwealth Games (April), Asian Games (August) and the World Cup (November) will see a spike in our performance resulting in massive doses of confidence that should see us more often on the victory podium with the national team winning more and more medals." ~ says current Hockey India Men's captain Manpreet Singh.

The 18 member squad for the Indian Men's Hockey Team's campaign for the prestigious Gold Coast 2018 XXI Commonwealth Games in Australia starting on 7th April 2018 has been announced. Here is looking at the team composition and do they stand a chance to make it for a podium finish! Interestingly, when the men missed out on their chance, the women's team grabbed the Gold in 2002! The Indian men's team came 4th in its maiden appearance, losing to England on penalty strokes in the bronze medal match. It stood 5th in 2006 after having missed out on the 2002 edition to finally come up strong twice at the second position in its final two appearances.

Consecutive silver medalists India would now be eyeing the coveted gold medal, trying to snatch it from the Kookaburras who have won it in every single edition! One must look up to them to attain the desired level of consistency despite change of teams and its personnel. After all they are the only Australian team in any sport to receive medals at the last six Summer Olympic Games.

And what better place to beat them, than Down Under, prowling them in their own den!

After winning the 2017 Asia Cup and bagging bronze at the Odisha Men's Hockey World League (HWL) Final Bhubaneswar 2017 under his leadership, midfielder Manpreet has once again been entrusted with the captaincy responsibilities whereas veteran Chinglensana Singh Kangujam would vice-captain the Indian team. Marking the goals sticks would be the returning PR Sreejesh who made a string of saves in the Kiwi tour earlier this year and showed us all why he is still the best in the business for the country. He will be backed by his deputy, the uber talented 22-year-old talent Suraj Karkera who guarded India's goalpost in the HWL giving a great performance in Sreejesh's absence.

The midfield quartet consists of the experienced duo of Manpreet and Manipuri boy Chinglensana and ably supported in some freshness of Sumit and Vivek Sagar Prasad.

The Indian frontline will again be a good blend between youth and experience as the pacy SV Sunil, tricky Akashdeep Singh, poacher Mandeep Singh and lethal Lalit Kumar Upadhyay are joined in by young blood of Gurjant Singh and Dilpreet Singh.

Especially, it is good to see Dilpreet Singh and Vivek Sagar Prasad being given a run after their successful international debut during the New Zealand tour in January 2018.

They have been rewarded with another huge opportunity to showcase their talent after a good showing where the duo scored in important games. Gurjant is a handy asset with his towering height and built giving the defenders a scare.

Moreover, Dilpreet who had a great outing for the junior squad down under where he first came into prominence. Read more about the rising star from the Punjabi hinterland here:

Also read: (S)Heroes of Team India at Hockey Asia Cup and beyond

A poor showing in Azlan Shah

After a dismal performance in the Azlan Shah tournament, where India could only manage to finish above Ireland eventually, having been beaten by them 2-3 in the group stages and similarly lost or drew against lower ranked teams in England and Malaysia.

Agreed, that the team was pitted against heavyweights of world hockey in world champions Australia and Olympic gold medallists Argentina, and in the long run, Indian hockey would definitely benefit from the experimentation and exposure that will yield benefits.

However, the current head coach Sjoerd Marijne is into too much of experimentation and that puts the team off-balance. The good thing about is that he communicate well with the team.

Ex-India coach and fellow Dutchman Oltmans on the other hand was not too communicative and hence players were slightly losing the connection with him. Marijne needs to pick his core team now, giving them enough opportunities to settle down and not do too many rotations to the squad.

"This team has been improving with every match and while we could not produce a podium finish at the 27th Sultan Azlan Shah Cup 2018, it will have no influence on how we are going to play in Australia and we will be going there with a mindset to win," said the 43-year-old Dutch coach.

'Younger players get more chances as the team is rotated for tournaments; importantly they also get to play with the seniors and the mentorship helps them gain confidence against bigger teams. Our first aim is to do well in the group stage because we have some strong teams in our Pool."

"It's extremely crucial to top our table and make the Semis but if we do meet Australia in the knockouts, I believe we will be up for a strong challenge.' said the 25-year-old Manpreet Singh.

Off late, the teams selected for each of the tournaments have been surprising and in a stealth mode with some notable absentees! This time around Ramandeep, Sardara, and Sumit Kumar (Forward) and veteran Birendra Lakra are not in the team!

Sardar Singh was skipper of the Indian team in the recently-concluded Sultan Azlan Shah Trophy. Although the coach says that the past results have no bearing to the future, he was axed from the Commonwealth Games squad. Does this mean curtains for the midfield stalwart, given that he is battling age and with it pace along with personal problems off the pitch?

Also read: Sardar Singh: When I first walked into the team, Seniors guided me. Now it's my turn.

This regular tinkering of the team and with it the lineup will not do good for the near future. One understands that all these preparations would add up to the 2020 Tokyo Olympic Games. It helps to groom young players but at the same time dropping big names doesn't do good to their confidence either!

Moreover, consistency in results can only be brought around with consistency in its players and that starts right from selection itself. After all you can't expect a player to deliver if he is not selected often to give you the results! 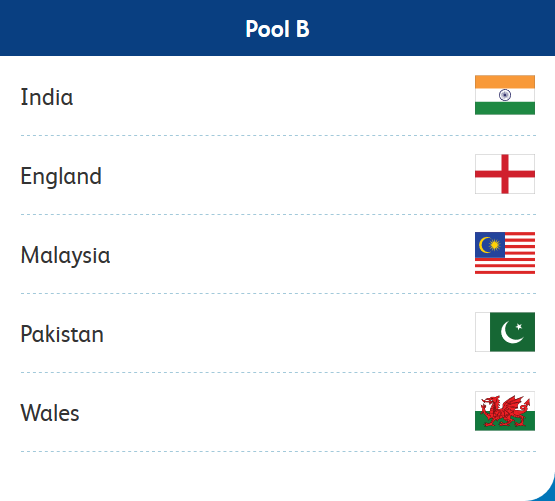 The tournament will be held Gold Coast City, in the southeast of the Australian state of Queensland from April 4-15. India is placed in Pool B along with England, Malaysia, Wales, and Pakistan! It will commence their campaign against arch-rivals Pakistan on the 7th of April. It would be relatively easier to beat Malaysia who are not that good except at home during the Azlan Shah tourneys.

However, the match against lowly ranked Pakistan would still be a difficult one on its days, due to the emotional bearing it has on the players. This clash will be momentous given the fact that former India coach Roelant Oltmans would be at the helm of the Pakistan men's hockey team this time around after having signed a contract of two-and-a-half-year recently!

Oltmans and his team would be looking for some sweet revenge given the former's unceremonious sacking as India coach and the latter being the team that was mauled 7-1 and 6-1 in the Hockey World League Semi-Finals middle of last year. Plenty at stake and many scores to be settled, be it personal or team-wise!

Oltmans knows the Indian team in and out having been in the Indian camp for four years - first as High Performance Director and later as chief coach since 2015 until his sacking in September, 2017.

Hence, this would by far be the match of the tournament even bigger than the one against an eventual knockout clash with the Australians irrespective of the rankings. Whatever be the result, the fans would be in for a treat. Asian hockey will eventually come up on top from a man who with his wisdom and tenacity set up the platform for hockey revival in India!

Once the initial group stage hurdles are cleared, a semi-finale against the Black Sticks or the Mark Knowles led mighty Aussies would be a difficult offering for a relatively young and inexperienced team. As such a bronze would be a realistic aim as of now.

It all depends on how we negotiate England and New Zealand. The team definitely needs to move on dwelling from its past mistakes and the fresh faces as part of rotation would partly help in that. The team still needs to create more penalty corners and start converting them into goals. To win consistently, one has to score from the slightest smell of opportunity that comes passing by.

Here's hoping that the team learns from its past mistakes be it the Azlan Shah or the World Hockey League (WHL) and comes out all guns blazing in the Commonwealth Games.