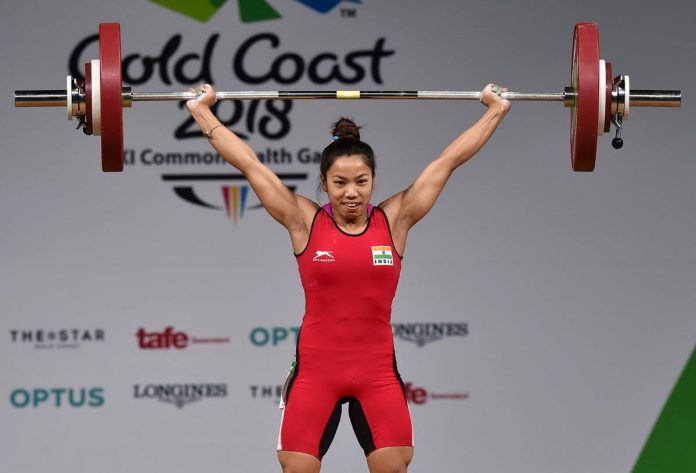 India secured its first Gold medal by virtue of an incredible performance from weightlifter Mirabai Chanu in the Women’s 48 kg category. After a silver medal win earlier in the opening day, which was also in weightlifting, India continued its good run!

Mirabai’s total lift amounted to 196 kg, she was ahead by a long margin from the Bronze medal winner whose lifts amounted to 170 kg. A gap of 26 kg, between the top two, an incredible feat by the Indian indeed! She broke her personal best, the Commonwealth Games record and also the Commonwealth record.

#GC2018Weightlifting | A SECOND MEDAL FOR INDIA.

The athlete was North-East was flawless in her lifts; she lifted 86kg in the snatch and 110 in the clean and jerk category to emerge victorious in Australia. She first lifted 109 kg to ensure a Gold medal, and then she made successful attempts at heavier weights (107kg and 110 kg).

Mirabai Chanu qualified for the 2016 Rio Olympics but couldn’t make any impact as she failed to lift the weight in any of her three attempts in clean and jerk section. The Manipuri produced a commendable performance in 2017 when she won the Gold medal at the 2017 World Weightlifting Championships in the Women’s 48 kg category, which was held in the United States.

She tried hard but had to settle for a Silver medal in the previous edition of the Commonwealth Games in 2014, in Glasgow. But Mirabai Chanu made no such mistakes this time, winning the Gold. The nightmares of the 2016 Rio Olympics will be healed to some extent, but definitely, she has a bright future ahead! Sathwika Sama - Modified date: June 29, 2020
“Sammy Speaks” is a 7 part blog series with South Asian Games Gold Medalist – Sathwika Sama. Over the course of the next seven weeks, Sathwika will share details of her journey/experiences in the international tennis circuit Other articles in the “Sammy Speaks” series can...
Read more