Commonwealth Games 2018: 21 names excluded from the Indian contingent as ‘extras’ 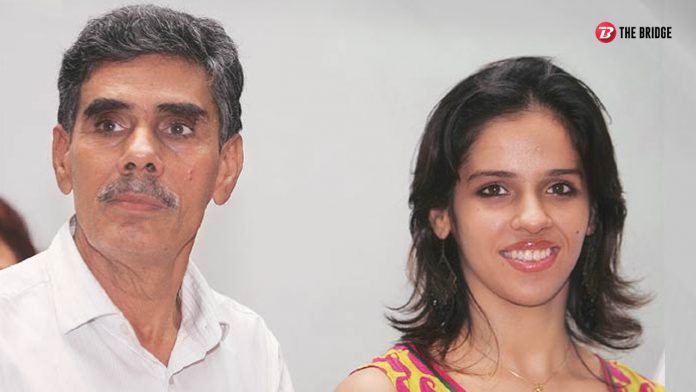 Twenty-one suggested names were dropped from the Indian Olympic Association’s (IOA) list of non-athletes as part of the Indian contingent next month for the Gold Coast Commonwealth Games by the Sports Ministry of India.

Among them are Saina Nehwal’s father Harvir Singh and PV Sindhu’s mother Vijaya Sindhu. But the most shocking revelation has been the exclusion of Ronak Pandit, who is a former shooter and also the husband of Heena Sidhu.

Ronak is also the High-Performance Director of the Indian pistol and rifle team. More importantly, it will pose a great threat to the Indian shooting team as the gun permit issued by the organizers of the Commonwealth Games has been issued in his name because he is officially the team manager.

The permit is given by the organizing country to bring weapons from the participating nations to the airport and from there to the armoury in without any hassle. The absence of Ronak may cause a problem in the above-mentioned matter as the permit is required to bring in the weapons and also take back home after the Games.

This is not the first time that Ronak is facing such a situation, as he was also not granted permission to fly to Rio de Janiero as Heena Sidhu’s coach at the Olympic Games. During the 2012 London Olympics, Heena and Ronak had issues with Government funding and it was only after the event got over that the sanctioned money was received.

Dr. Arun K. Mendiratta, who is the appointed Medical officer of the contingent, has also been barred from making an appearance in the upcoming Commonwealth Games which another controversial decision is taken along with the exclusion of physiotherapist Hema Valecha.

The Indian Olympic Association is not inclined to pay the expenses of ‘extra officials’ for the upcoming Commonwealth Games which includes the costs incurred in the Games village, flight fares, boarding, and lodging. The IOA expects that the concerned federation should bear the expenses.

The Gold Coast Commonwealth is set to begin on April 4th and will conclude on 15th of the same. This is the 21st edition of the mega event.