Heart of gold, will of steel: Satyapal Singh is serving as coach without the limelight 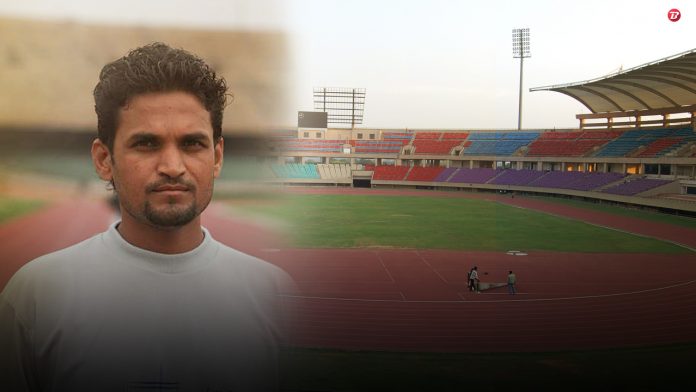 Satyapal Singh has just finished giving instructions to his athletes. He is now making his way towards where I am standing when he catches one of his athletes and jokingly scolds him not to wander around and instead do a bit of stretching.

As we are walking towards the field, he jokingly tells me that his players were keeping him a little longer than expected, as he came a little late to coaching. Much-loved among the sporting fraternity here at JLN, the Para-athletics coach sits down and recounts his story.

“I was born in a small village in UP, Machhli. In my house, except my father, nobody had managed to study beyond tenth class. My father was working in the UP police at that time and even went on to war against Pakistan in 1965 and 1971,” he tells The Bridge

“However, after 1971, my father got posted to Jammu and Kashmir. Once there he turned to sports, athletics to be precise. He was the main reason for me to develop an interest in this field as well.”

“My father directed me towards the field of sports, helping me keep up my fitness, and making me run. Slowly, my interested started peaking in sports, and I decided to pursue the field fully. I even did my studies in this field. “

In fact, the Dronacharya Awardee did not leave any squares unticked while pursuing a career in sports. Evidence of the reality is that he has so far completed his B.Sc in Physical Education, B.P.Ed, M.P.Ed, M.Phil, Ph.D., and a Diploma in Sports Coaching. Satyapal also topped the university in the first three courses.

“In 2004, I finally completed my education and started my coaching career. Aside from my education, I was constantly on the field, playing, as well. However, I was never that good to represent the country on a national level,” admits the Para-athletics coach.

“Sports was my passion and my hobby at the same time. I thought that since I couldn’t do well in sports myself, it should not stop me from helping others. What I couldn’t do as a sportsperson, I wanted to do as a coach. I wanted to represent India at an Asian and a World level.”

When Satyapal finally started coaching in 2004, he didn’t have another job. He started out as a coach without taking any salary from the government or fees from his players.

To this day, the Para-athletics coach has been coaching free of cost

However, that has not barred Satyapal from ever doing his duty. Every day, he is on the grounds of the Jawahar Lal Nehru Stadium, helping the differently-abled make their mark in the realm of sports.

“If I am in Delhi, you’ll find me on the ground. I have never been absent otherwise, regardless of the situation and to this day I am working without any pay.”

Satyapal takes two coaching sessions in one day- one in the morning and one in the evening. In between, he is at Acharya Narendra Dev College in Delhi, where he is an Ad-hoc teacher. Even though not a tenured Professor, Satyapal thanks his Principal Savithri Singh, saying she has been a massive support to him whenever needed.

“She had helped me always and understood when I wanted to go and coach my athletes. She understands that this is something I’m passionate about and give it my all to fulfil. She always adjusts when I am in such a situation where one thing is clashing with another, and for that, I would like to thank her,” says Satyapal.

When he is not at his college though, Satyapal Singh is helping Para-athletes go and write their names in the history books.

He has been a coach for the differently-abled since 2007 and has coached them to various victories. His athletes have won medals on an international stage ever since and have even gone on to become Arjuna Awardees. Satyapal himself is a Dronacharya Awardee.

In fact, the Para-coach has been one of the most decorated coaches of India, having coached outstanding Para-athletes such as Yogesh Kathuniya, Ankur Dhama, Sandeep Singh Maan, and Deepa Malik among others.

The Plight of Para-sports

The radiant light of the sun has begun to give way to the milder hues of the evening, as we sit and talk on the grounds of JLN. Satyapal’s second shift of the day is just about over, but the Para-athletics coach is still in demand. Various coaches and players stop in their tracks to come and greet Satyapal, exchanging a few words even.

After a few breaks, we get back underway, with the Para-athletics coach discussing an issue close to his heart.

“Para-sports was never really popular in India. It still isn’t. But when I saw the dedication of these Para-athletes I was moved. It occurred to me that they are more dedicated and focused on achieving their goals. As a result, I joined as their coach full-time.”

However, it is not easy being the coach of a field that is unrecognised despite all their achievements. Despite this, Satyapal is unmoved in his motives and is helping the athletes deal with this degree of negligence.

“The effort put in by the Para-athletes is huge. The amount of effort hey put in day-to-day in astounding in itself. One of my athletes Anil Kumar, who uses a wheelchair, comes to coaching from Dwarka daily, without any taking any leaves. “

“Ankur Dhama, another one of athletes, who was India’s first blind athlete to take part in the Paralympics, has to face similar situations. He is now very well-known, but no one was willing to know his story before. Where he lived, how he managed to come here, how did he train, where did his supplies come from? These were the questions nobody was willing to ask before,” says the Para-athletics coach.

For Satyapal personally, each of his students’ victory matters. Athletes such as Ankur Dhama and Yogesh Kathuniya (who recently broke the world record for Discus Throw), are even more motivated after winning at an international level, the coach recounts.

However, the support from the government and general public alike is little. In situations like these, Satyapal’s job becomes even more difficult. How does he get athletes to train and how does he make them stay?

“For me, their performance is the last factor. Motivation comes first. To get a para-athlete to come and train at the stadium every day is a challenge in itself.”

“Let me tell you a story. There was an athlete, Neel, who came to me two years ago. He lived near Mehrauli in Delhi and had a motorised accident. He was rendered helpless by anyone who saw him or passed him by.”

“So one day he came to me, to train and to become a Para-athlete. Two of his friends brought him and helped him with everything. The first thing I told his friends was to let him do his own work, let him get on a wheelchair himself. “

“Helping these athletes gain self-confidence once again is more important. Neel, for example, was brought in by a car by his friends on day one. Today he himself is able to drive and take his family around. I believe gaining that sort of self-confidence back is a medal in itself,” Satyapal recounts.

“For a Para-athlete, a medal is no doubt important. However, more important is a healthy lifestyle. Any Para-athlete needs to maintain a healthier lifestyle. I believe that Para-athletes need sports in their life more than any regular athlete.”

“However, even if they do have a huge requirement of sports in their life, it is as difficult for them. Negligence in this situation doesn’t help either. So to motivate a Para-athlete, to get him to the stadium, to help him through his problems is a challenge in itself,” admits Satyapal.

In fact, the coach has been a huge support for Para-athletes financially, as well. He has brought in equipment which is required by the athletes out of his own money. Despite the lack of financial support from the government, the Para-coach is not demotivated and is thankful for them for even providing a field to play on.

“We have received the grounds from the government, which is a huge helo in itself. There is support from above time and again but I feel sometimes it is lesser than we require,” Satyapal acknowledges.

As he gets up to leave, Satyapal gives a final word on what he expects from his and his athletes’ future, “We want to win medals at the Asian Paralympic Games and the Paralympics, nothing less would suffice.”

The coach takes his leave with that, leaving a lasting impression; displaying nothing but a heart of gold and a will of steel.

Indian Para Badminton player Manasi Joshi is in full strength to convert her World Championship performance and result to the Paralympics when the sports makes its debut.
Read more
News 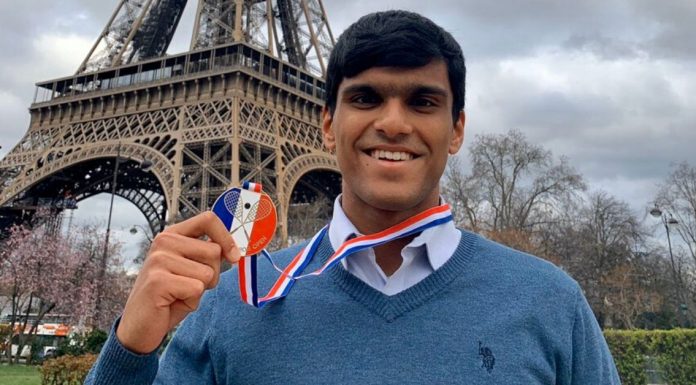