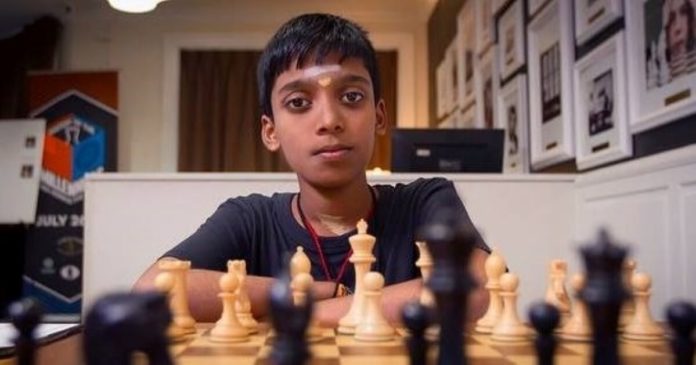 Six titles will be up for stake as the World Youth Chess Championships kicks off in Mumbai from October 1. The tournament, which is being held in India for the very first time, will see 66 countries as 700 participants battle it out for the next fortnight. Among them, about 56 are title-holders, three are Grandmasters, and six are former world champions.

India’s second-youngest Grandmaster GM Praggnanandhaa R will be the star attraction from the 145-member Indian contingent. The 14-year old will take part in the Under-18 format, where he is the top seed with an ELO rating of 2567. He will face stiff competition from Armenia’s Grandmaster Sargsyan Shant, who has an ELO rating of 2562 and is seeded second in the event. He also won the Under-16 World Championship crown last year. The third Grandmaster is India’s Iniyan P.

Praggnanandhaa is in a rich vein of form, having recently emerged with the top honours at the Xtracon Open that was held in Copenhagen earlier this year. The other Indian worth tracking will be Arjun Kalyan from Chennai, who is on the verge of becoming the next Grandmaster from India.

The tournament will have competitions in the Under-14, Under-16 and Under-18 categories for both girls and boys. Of the 145 Indians, 68 are girls, while 77 participants are boys. Five players from Mumbai are also participating in the event that will be held at the Renaissance Hotel. It will also be streamed live on social media.

Russia’s Shuvalova Polina is the top seed in the Under-18 girl’s category, with Indians Vantika Agrawal (fifth seed) and A Harshini (ninth seed) being in the fray as well.

The Under-16 boy’s event sees USA’s Niemann Moke as the top seed with Aronyak Ghosh seeded sixth. International Masters Sankalp Gupta and Raja Rithvik are seventh and ninth seed respectively. In the Under-16 girl’s division, Russia’s Leya Garifullina is seeded first, while Indians Mrudul Dehankar, Salonika Saina and Savitha Shri are seeded third, eighth and tenth respectively. The 12-year-old Savitha will participate in this category, after choosing to skip the Under-14 event.

The Under-14 section sees India’s Sreeshwan Maralakshikari and Divya Deshmukh as the top seeds in the boy’s and girl’s events respectively.

The event has been organised by the All-Marathi Chess Association, along with the All India Chess Federation and will run till October 13.

The Sports Ministry on Saturday announced the doing away with of the Rs 2 lakh cap on the salary given to Indian coaches training...
Read more
131,545FansLike
12,356FollowersFollow
7,206FollowersFollow The Bridge Desk - Modified date: July 1, 2020
Former World number archer 1 Deepika Kumari and World Cup bronze medalist Atanu Das tied the knot in a ceremony held on 30th June, Tuesday. Both archers have collaborated in the past in the 2013 World Cup mixed doubles held in Columbia and won. The...
Read more