Nihal Sarin: The 14-year old Grandmaster who is always thinking of his next move. 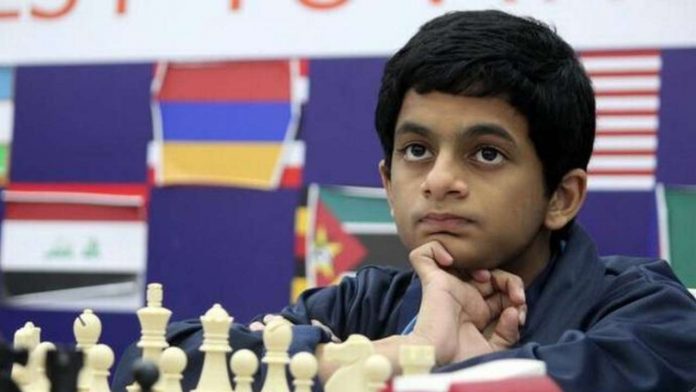 The boy’s feet could barely touch the ground in 2014 when he played in the World Junior Chess Championship in Pune, the premier tournament for top juniors (U-20) in the world. Nihal Sarin was only 10 years old! Yes, a full decade younger than the actual age limit prescribed for the tournament. Four years into this tournament, the boy has become a full-fledged Grandmaster, competing with the likes of the globe’s best including Anand, Nakamura, Karjakin, Harikrishna, Gujrathi, So, Aronian, and others.

How was this rise possible?

As we think about this unique and practical learning approach that the boy took, it wasn’t all that simple. There were some short-falls and moments that took place by chance. In fact, Srinath and Nihal developed their strong bond by a stroke of luck. Srinath says, “I started working with Nihal from 2016. We first met at the Delhi Open. His laptop had crashed, and I happened to be carrying an extra one. I lent it to him, and funnily enough we were paired in the next round. I managed to win quite comfortably. Post that, I started visiting him once every few months. Initially, I didn’t notice anything special in him. After a few months, his incredible speed of improvement amazed me. When we played again in June, the following year, in the Zalakaros Open, he was already winning against me. I managed to draw with great difficulty. He showed incredible progress between each one of my visits.”

Now, as we approach the end of 2018, Nihal has strongly established his mark on the chess ladder. He was given the rare opportunity to compete in a round robin tournament against the super-grandmasters of the world. This tournament, called the Tata Steel India Rapid and Blitz Championship, was held in Kolkata from November 9th to November 14th. Although Nihal played in the rapid portion of the event, the blitz opportunity being given to his contemporary GM Praggananandha, he showed remarkable play. He didn’t finish at the bottom of the final rankings, despite being the lowest rated in the field. He drew against stiff competition, and what’s amazing is that he didn’t treat this event like a huge deal. Even though one might feel intimidated In such situations, the boy kept his cool and prepared for the event like any other. He took each match as it came, and displayed his true potential.

The Tata Steel Tournament, which was a one-of-a-kind event organised for the first time in the country, has taken the chess viewership to another level in India. There were hundreds of enthusiastic spectators, press conferences, autograph signings, and much more in this spectacular few days in the capital city of West Bengal.

With prodigies like Nihal Sarin needing this kind of exposure at a young age, one can say that we are heading in the correct direction as a country with the possible second future world champion in the game of sixty four squares. Nihal Sarin, the young man from Kerala, is sure to be that hope for our nation. Now, we can only wait for his next move. Sagnik - Modified date: July 12, 2020
Born in Mizoram but made in India. It is a phrase that is often associated with Lalbiakhlua Jongte’s career trajectory that shows no sign of levelling off any time soon. But for the coronavirus pandemic, chances are that the 17-year-old goalkeeper would have officially joined...
Read more