Video game versions of most sports entail entirely different skill sets from the real thing; manipulating a remote device from a couch bears little resemblance to being sacked by a 300-pound lineman. But online chess is essentially the same game, and when other sports were halted in March under a worldwide shutdown, fans were left starving for something to watch — and do. With newfound time on their hands, people have turned to online chess by the millions.

The Maharashtra Chess Association (MCA) held a webinar on Sunday where the point of focus was on the challenges and opportunities the chess world have to offer in the times of the pandemic. The webinar will be conducted LIVE on the Facebook page of Maharashtra Chess Association had some of the biggest names of India and world including the former World Chess Champion, and India’s greatest ever Grandmaster Viswanathan Anand. The webinar also included the Director-General of World Chess Federation (FIDE), Israel’s Emil Sutovsky. The other guests who joined the webinar are Dr. Nitin Kareer, Principal Secretary of Government of Maharashtra and ex-President of MCA; Bharat Singh Chauhan, Hon. Secretary of AICF, Chairman of FIDE TEC; WGM Soumya Swaminathan; India ranked 2nd GM Vidit Gujrati; Anirudh Deshpande, Chairman of Amanora Parktown. The webinar was moderated by Siddharth Mayur, President of MCA and Grandmaster Abhijit Kunte.

Speaking on the possibilities chess stares at, Mr. Sutovsky said, “The coronavirus crisis has brought a setback to all activities. Most events have stopped. The biggest mistake will be to just sit and wait, Chess could go online and it should capitalise. We should get more and more people to join chess. Online chess is booming. We also have to balance it properly, so that it doesn’t remain an online game. Need to strategise, how to resume after the crisis. India has a huge influence on chess. Besides, it is getting popular every day and gets good media coverage. We have to find a way to popularise chess. We have to promote it in school levels. I think one major task is to come up with sponsors. Sponsors will able to support the players.” Praising the contribution of Viswanathan Anand, he said, “It was Viswanathan Anand, who made India to chess map. Before that, we couldn’t understand India would be a great chess country. Now India is one of the powerhouses in chess. India should be proud of its chess fraternity, we have female players like Humpy Koneru. We have to encourage more people to play chess, through a strategic partnership.”

Viswanathan Anand says he is more happy about the fact that chess is thriving online, despite the lockdown being imposed. “The most significant thing to happen in 2020 is that we are overcoming the psychological barrier of making things online. Chess has been playable online for decades, but we are better prepared now. Had this been 10 years earlier, we couldn’t have found this solution. People are open to the idea of doing things online, we should be open to utilise it fully. It would be very convenient. It can be very useful in the future. MCA is always very imaginative with their Chess league,” he said.

Bharat Singh believes, though chess, in its physical form has taken a hit, once the COVID-19 crisis is over, it won’t take much time to resume and fall back to earlier glory. “Since COVID, the growing chess population is a great asset for us. With govt support and sponsors many have taken chess. After COVID 19, the popularity may dip. But we have a lot of superstars now in the country and a lot of people follow them. Within 6 months, we can come back with the same bandwidth. We can start our chess tournaments online, maybe we can coordinate with centres and have the game played without cheating. It can go to national championship levels as well,” he said.

Grandmaster Vidit Gujrathi pointed out, ” Since lockdown in COVID more people have shown their interest in chess. We can organise more exhibition matches. We can market it better. As a player, one can organise a limited number of tournaments. When organisations come along, it works well in tandem. Chess can enter e-sports arena. It brings a new audience. To give an example, in Google Trends, the term ‘chess’ was searched for more than Virat Kohli since March. We can capitalise the online platform. Organisations and players, coming together can create a difference.

Women Grandmaster Soumya Swaminathan, spoke about bringing a change and uplift the standard of the online tournaments played in India and stressed on the importance of taking care players’ mental health by roping in specialists, mental health professionals and motivational speakers.

Our players need to develop an attitude like Megan Rapinoe: Maymol Rocky 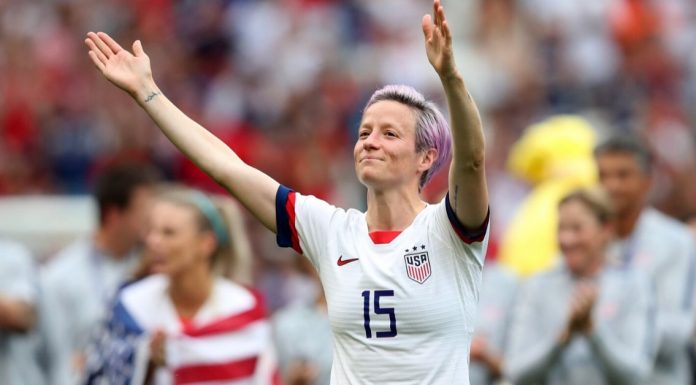 Press Trust of India - Modified date: July 13, 2020
Indian women's football team head coach Maymol Rocky wants her players to "develop an attitude" towards the game similar to American forward Megan Rapinoe, who won the Golden Boot and the Golden Ball at the 2019 World Cup. Recalling her meeting with Rapinoe during the...
Read more