India had won the gold in the FIDE Online Olympiad in August and the victory by the women's team is another boost to the game in the country.

The Indian women’s team claimed a 6-2 win over Indonesia to win the gold but the men’s side settled for silver after losing to Australia in the final of the Asian Nations (Regions) Online chess championship here on Sunday. India had won the gold in the FIDE Online Olympiad in August and the victory by the women’s team sans top players such as Koneru Humpy and D Harika is another boost to the game in the country.

The men, however, went down 3.5-4.5 in a close final to Australia after losing the first match 1.5-2.5 and sharing honours in the second duel 2-2. In the women’s finale, Woman Grandmaster P V Nandhidhaa provided India the first point, beating Chelsie Monica Ignesias Sihite before Padmini Rout took down Medina Warda Auilia. The in-form R Vaishali and captain Mary Ann Gomes drew their games to secure the first match of the final 3-1.

Congratulations to Team Indiaa 🇮🇳 for their brilliant performance at the #AsianNationsCup 🙌🏻❤️

In the second match, the Indians overcame the reverse faced by Vaishali against Irine Kharisma Sukandar on the top board as Bhakti Kulkarni, Padmini Rout and Nandhidhaa registered wins over Aulia, Sihite and Dita Karenza respectively to seal the triumph. The Indian women had also topped the preliminary phase with Vaishali shining with a score of 6.5 points from 9 games to win the gold for top board.

In the men’s final, the defeats suffered by B Adhiban and S P Sethuraman at the hands of Anton Smirnov and Max Illingworth in the first match proved crucial as they went down 1.5-2.5. The experienced K Sasikiran pulled one back for India, beating James Morris, while Nihal Sarin settled for a draw against Temur Kuybokarov. The second match of the summit clash saw India and Australia share honours at 2-2.

Captain Surya Sekhar Ganguly, who replaced Sethuraman, beat Illingworth but Kuybokarov cancelled out the advantage by beating Sarin. The two other games featuring Adhiban and Sasikiran ended in draws thus handing the Aussies the top prize. 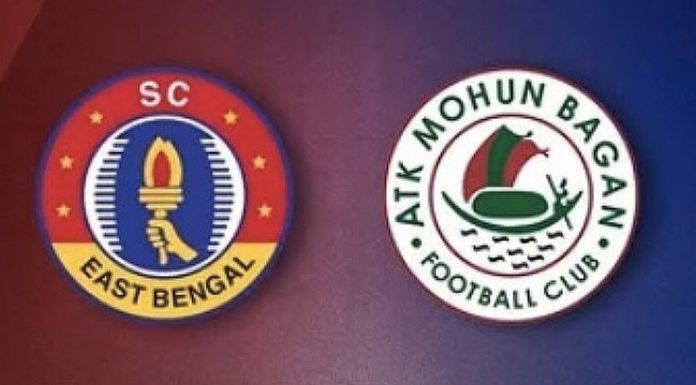 Sayan Chatterjee - Modified date: November 27, 2020
It’s derby day for Kolkata football. The two legacy clubs, ATK Mohun Bagan and SC east Bengal are set to face off in the first ever derby in the Indian Super League (ISL). Over the years, their rivalry has thrown up numerous displays of...
Read more