Ajay Patel is the new All India Chess Federation President 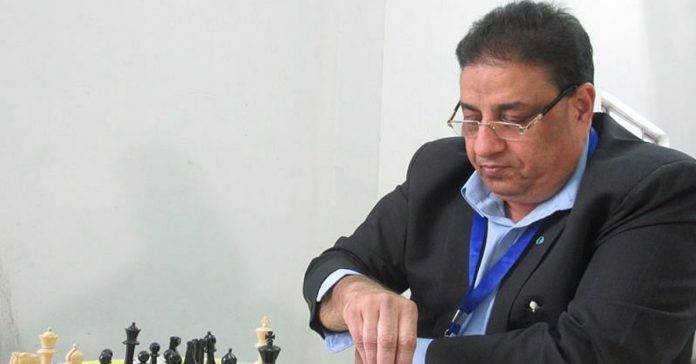 The All India Chess Federation (AICF) will see Ajay Patel take over the president’s role from P R Venketrama Raja after the former was elected unopposed. Bharat Singh Chauhan will be the Secretary of the body.

In total five office bearers, who will hold their positions till 2023, were declared the winners by the returning officer Justice Kakkir Mohammed Ibrahim Kalifulla, a former Supreme Court judge.

Over the years, the AICF has been split into two camps, with one faction being led by Chauhan and the other by Raja. The officials who were elected yesterday were led by Chauhan.

Initially, the scheduled elections of the governing body were slated to be held in Hyderabad on February 23, 2020, which will not take place. However, the group led by Raja are still hopeful of fresh elections with the Madras High Court yet to give their verdict. On Tuesday, Raja and Co. had approached the court against the rejection of their nominations by the returning officer, and sought relief against the same. If the court passes a judgement that their nominations were wrongly rejected, the elections on February 23 will go as per planned.

“As the election process has been concluded, all original relevant files will be forwarded to the Registry of the High Court, Madras on February 12,” Kalifulla said.

He had, earlier, rejected the nominations of 23 candidates, including that of Raja, as they failed to file the papers in person, a norm that has been enlisted in paragraph 6.4 of the National Sports Development Code. Kalifulla had been appointed as the returning officer of the AICF elections by the Madras High Court after the two factions had wanted the elections and the general body meetings on two different dates.

Star Indian sprinter Dutee Chand concedes that her revelation of being in a same-sex relationship last year led to people looking at her "differently"...
Read more
131,474FansLike
12,332FollowersFollow
7,195FollowersFollow The Bridge Desk - Modified date: July 1, 2020
Five countries, India, Iran, Saudi Arabia, Qatar and Uzbekistan, have put their hat in the ring to host the 2027 Asian Cup, the Asian Football Confederation (AFC) confirmed on Wednesday. It was back in April that the All India Football Federation (AIFF) submitted its bid...
Read more