How often have you based your idea of someone when you first see the person? As the old adage goes, what may be easy on the eyes may not be always real. And in sports, even the wisest men fall prey to deceptions.

Take the case of Raunak Sadhwani, the mild-mannered, diminutive school kid. The 13-year-old from Nagpur is the youngest International Master (IM) from Maharashtra and 65th Grandmaster from India. Soaking up all the praise that has been crossing his way post his recent feat at the FIDE Grand Swiss tournament, he says:

‘You got a lifetime title, Raunak!’ He hurriedly passes me a smile. Wise beyond his teenage years, the Nagpur kid possesses a certain sense of calmness and the aura is sure to rub off on you. Talent is universal, but opportunity is not, and talent cannot assuredly thrive in a vacuum.

Raunak began his journey long before he could actually think of himself as a professional chess player when he played chess with his father at home recreationally. “His father taught him chess. So when he used to come back from work, he used to sit and play chess with Raunak for hours. Just when we thought he is becoming more involved with the game, we made him join an academy. After playing in several tournaments, he only became better at it,” explains his mother.

While he is soft-spoken, he is signally self-assured when talking about chess. You admire him and he will crack his mouth open diffidently, into a more universally accepted expression of contentment. Raunak’s reserve is in stark contrast to his parents.

His mother, Heena, who accompanies her son to chess tournaments around the world, can’t stop beaming enough. “Becoming a GM at 13 years is simply amazing. People take 25-30 years to achieve this feat. There are times when we become upset after he loses a game. But then he would tell us, ‘It is only a game, you shouldn’t worry. Cheer me up for my next game.’ That’s how he convinces us,” she admits. It is, perhaps, this temperament that helped him clinch stellar victories over the past decade.

Ask him about chess, and you will see a different side of him — the calm steel of a chess prodigy who has overcome challenges and so quickly learnt to take them in his stride. Currently in the 8th standard, Raunak scored his first Grandmaster norm this year at the Aeroflot Open, the second at the Porticcio Open and the third recently at the Grand Swiss.

The only time the youngster takes a break from chess is to play more sports. “I don’t enjoy watching TV much. I like playing table tennis and football.” When asked whom he idolises in football and table tennis, “No, I don’t follow them much,” came the reply. Ask him who is his favourite chess player and pat comes the reply, “Kramnik and Vishwanathan Anand”. Raunak had the luxury to train with former World Champion Vladimir Kramnik, where the duo worked together for the Kramnik-MicrosenseIndia Chess Program in Switzerland this year.

Raunak’s is the kind of commitment that has been acknowledged by players such as Vishwanathan Anand, the top-ranked Indian chess player for almost two decades. “Congrats to Raunak Sadhwani! He starts the new chessboard of GM’s. Funnily, I once played him in a simul and mentioned that he had great talent. A few years later at IOM chess, he has me on the ropes. And I thought this kid is just something else!!” read a recent tweet by the champion.

Indeed. His prodigious potential is backed by the right amount of dedication and confidence, the two elements that go a long way towards forging a new champion.

“Life Outside the Lines” is a new weekly column in collaboration with one of India’s promising Gen Next player, Mukund Sasikumar. With candid honesty,...
Read more
Chess

Former world chess champion Viswanathan will be finally reaching India late on Saturday after being stuck in Germany for over three months due to...
Read more
Fitness & Wellness 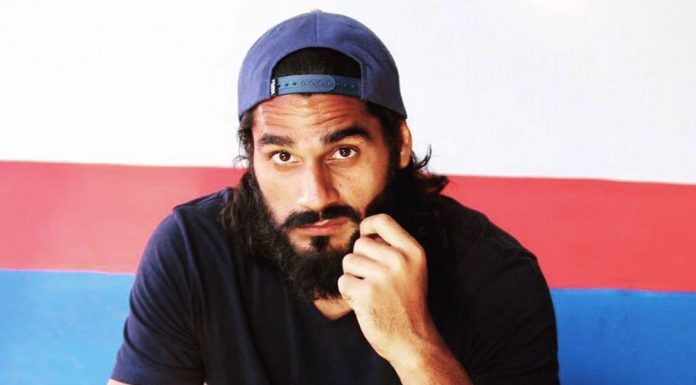