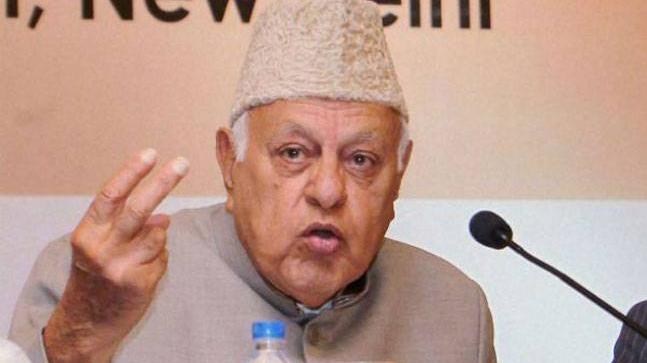 After DDCA elections attracted the rest of the country’s attention for the blatant nepotism seen within its ranks, it’s now another State Cricket Board that has come under charges of misappropriation of funds given to it by the Central Authority of Cricket in India. A sum of Rs 43 crore was allegedly siphoned off from the total amount by the officials who have been implicated in the chargesheet.

The chargesheet names prominent faces like former Jammu and Kashmir chief minister Farooq Abdullah and three others. Farooq Abdullah was the President of the Jammu & Kashmir Cricket Association (JKCA) at the time of the incident. The chargesheet speaks of the money given to the State Association for promoting the sport in the state between 2002 and 2011. At a special court, the CBI filed the chargesheet in Srinagar and it says that the former Chief Minister conspired with the treasurer of JKCA and others for undue siphoning off and misappropriation of funds, according a CBI spokesperson said in New Delhi.

There are many other State Cricket Associations affiliated to BCCI which would find themselves embroiled in similar illegal acts of embezzlement & cheating in case a fair & independent investigation is conducted by the agencies against their officials. #HopeThisHappensSoon

The other high profile names in the chargesheet are the then JKCA general secretary Md Saleem Khan and the then treasurer Ahsan Ahmad Mirza, and J&K Bank executive Bashir Ahmad Misgar.

However, a statement from Farooq Abdullah’s party, the Jammu and Kashmir National Conference (JKNC), says that the former Chief Minister has full faith in the judicial procedures and will be cooperating to the best of his abilities. “Pertinently, it is important to yet again highlight, it was Farooq Abdullah who sought the registration of an FIR relating to this matter in the first place. Dr Farooq Abdullah has led his life guided by the strictest principles of selfless public service and probity. He is certain that truth shall prevail,” the party said.

The Central Bureau of Investigation had taken the case over from the State Police back in 2015. A division bench of the Jammu & Kashmir High Court had passed an order for the same which resulted in the central authority taking over.

The order was pronounced on September 3, 2015 by a bench comprising of the then Chief Justice N Paul Vasanthakumar and Justice Bansi Lal Bhat. The proceedings were based on a PIL filed by two former cricketers Majid Yaqoob Dar and Nissar Ahmad Khan into the alleged scam. The Bridge Desk - February 28, 2020
A semifinal berth secured, the unbeaten Indian women's cricket team would look to address some of its batting issues in the final Group A match against a deflated Sri Lanka in the ICC T20 World Cup on 29 February.
Read more