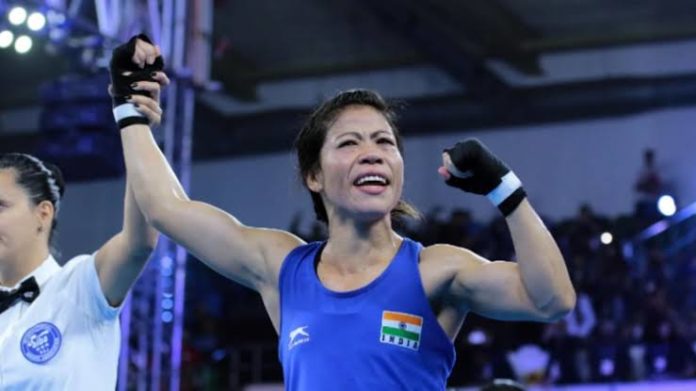 Suzuki India has spearheaded a great initiative of paying tribute to three distinguished sports personalities like world champion Mary Kom, para-athlete Bhupendra Sharma, and Vikas Dimri, who has conquered Mount Everest and the Ironman Race in the same year.

Pitching its third generation Swift, Maruti Suzuki India has recently launched a campaign in an attempt to celebrate the lives of three sportspeople who overcame hurdles to find success. The campaign named ‘Swift Limitless Stories’ is created by Dentsu Impact.

“Swift has always celebrated performance,” said Anupama Ramaswamy, national creative director of Dentsu Impact. She then added, “And the ‘Swift Limitless Stories’ campaign has been created to do exactly that, with one difference — it takes the ‘Be Limitless’ philosophy beyond just the car.”

Nearly two decades of involvement with boxing, Indian Olympian Mary Kom still remains a force to reckon with despite the metaphoric hurdles she has had to go through in life. With an unbridled passion for boxing, she has shown to the world that the world of boxing is not limited to a man’s domain alone. In 2014, she brought glory to India after becoming the first Indian woman boxer to win a gold medal at the Asian Games.

Not all was lost for para-athlete Bhupender Sharma when he met with a fatal accident that cost him his right leg. Then followed the difficult journey of survival. It was then that Bhupender mastered the art of self-discovery, and in the process realised his passion for table tennis. He represented India at Table Tennis for the disabled. But that is not all. He has learned swimming and is a rocker mountaineer. Bhupender’s story tells us that there is no limit to learning and that one should fight the urge to accept defeat.

A corporate banker, Vikas Dimri has achieved what only a few throughout history have achieved. He holds an experience of reaching the top of the giant Mount Everest, despite several failed attempts. Reaching the top of the Everest that stands at 29,035 feet requires preparation physically as well as logistically. The long stretches of ascents are exhausting, but that couldn’t stir Vikas’ determination to make it to the top.

Shashank Srivastava, executive director of marketing and sales at Suzuki India believes that the campaign is an excellent initiative to forge a connection with the audience. “We want to engage with our target group in a more meaningful way. The Swift Limitless Stories is a way to build a higher level of brand salience to associate with performance but in an emotional way. It is also going to be our long-term strategy,” opined Shashank.

Their stories reveal that there is no substitute for hard work, determination, and commitment to passion. “It salutes the undying spirit of certain special achievers who never accept things as they are and keep pushing past all limits to achieve their dreams,” said Anupama.

“These stories celebrate individuals who keep challenging themselves to become their better version. We wish to associate Maruti Suzuki with visual dynamism and pursuit for excellence,” suggested Shashank. Press Trust of India - Modified date: June 1, 2020
World silver-medallist Amit Panghal and the seasoned Vikas Krishan were on Monday nominated for the Rajiv Gandhi Khel Ratna award by the Boxing Federation of India, which picked only Olympic-bound names as its nominees for the annual honours. The BFI has nominated world bronze-winning trio...
Read more