Indian boxer Shiva Thapa secured himself a medal at the ongoing Ready Steady Tokyo Boxing Olympic Test Event after picking up a victory in his quarterfinal bout on Tuesday. Meanwhile, six other Indians made the semi-final stage without even having to take the ring, in Tokyo.

Thapa beat the local fan favourite Yuki Hirakawa in a 5-0 verdict to make his way into the medal rounds. Assam born, Thapa won his third national title earlier this month. In the next round, he faces another Japanese boxer in Daisuke Narimatsu, in the semifinals on Wednesday.

Elsewhere, for his six other compatriots, they were all guaranteed a medal without a fight taking place as they all either got byes or were assisted by the small size of their respective draws. Former junior world champion Nikhat Zareen was also included in this part of the draw.

Apart from Nikhat, Sumit Sangwan (91kg) who was an Asian silver medalist and was also crowned national champion earlier this month, Ashish (69kg), Vanhlimpuia (75kg), Simranjit Kaur(60kg), Pooja Rani  (75kg) have also made their way into the semifinals.

Sangwan will face off against Kazakhstan’s Aibek Oralbay, while Zareen will square off against Japan’s Sana Kawano on Wednesday. Zareen recently made the news for her bitter row over selection for next year’s Olympic qualifiers where MC Mary Kom was chosen over her without a trial.

Former Asian Games bronze medalist will go up against Brazil’s Beatriz Soares. She also won a silver medal at the Asian Championships earlier in the year.

The other boxers part of the Indian contingent will know their opponents once the quarterfinal bouts conclude on Tuesday evening. The only disappointment for the country was the quarterfinal exit of Anant Choapde, who lost 2-3 in a closely fought contest to local favourite Tosho Kashiwasaki. 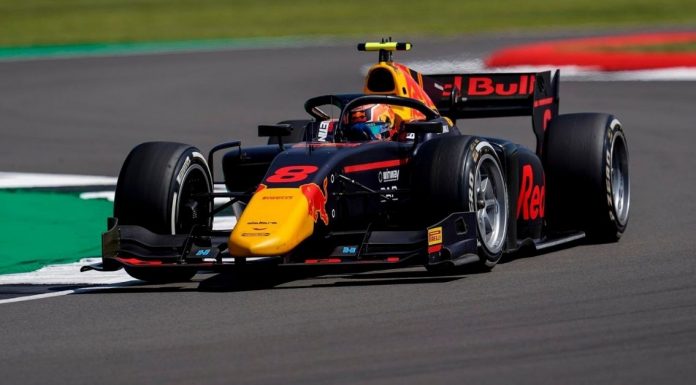 Press Trust of India - Modified date: August 2, 2020
India's Jehan Daruvala jumped six places in an action-packed final three laps to finish fourth in the sprint race here on Sunday, his best result so far in the FIA Formula 2 Championship. It was a much-needed result for Daruvala, who had to endure slow...
Read more