Guwahati: After defeating Simranjit Kaur in the lightweight category in a split decision Sarita Devi looked above during the second India Open Boxing tournament in Guwahati on Friday evening inside the Karmabir Nabin Chandra Bordoloi Indoor stadium.

It was an emotional affair for the 37-year old Manipuri pugilist.

“It was for my mom who passed away last year. She meant everything to me. Whatever I have achieved, it’s because of her,” Sarita said after the bout breaking down in tears.

In April she also won bronze in the Asian Championships in Thailand but this is the first gold of the year as well in the India Open for her. In the inaugural edition last year, in New Delhi, she had won silver.

“My mother was suffering from cancer…it was her last stage and I couldn’t concentrate. During the Championship, family members used to keep a TV in her room so that she can watch my bouts…when I lost in the Championship, she was shocked… and after three days she died,” Sarita added.

Sarita who had seen hardship before hitting the national headlines for winning medals for the country at different international tournaments, said that it was her mother who helped them to grow after the early demise of her father.

“After her demise, whatever I have achieved or played is because of her. I lost my father at a very young age…and mom has worked so hard to bring up us. When she was alive, I couldn’t bring gold for due to several problems… But I didn’t lose the determination and continued my hard work… I’m happy that I got gold,” Sarita added.

Sarita who is 37 years of age is also hoping to bring an Olympic medal.

“I have a feel that mom is looking me from the above…that’s how I am continuing my hard work… I have the fire inside to win the Gold in the Olympics…So, I will continue to work hard. I was also needed to prove that despite of my age, I can fight a younger opponent…because of the Olympic qualification,” she added.

The second edition of the India Open has been marred by the lack of participation of foreign teams. Though 16 countries were supposed to take part, just 13 could attend the event with less number of boxers resulting maximum all-India semi-finals and finals.

Sarita, however, said it’s not an easy tournament.

“Though the participating countries are less, the competition is tough among the Indian boxers. Earlier, we didn’t have much tournaments in India. So, the number 1 boxer would continue to be number 1 for a long time but now with the new boxing federation, there are more tournaments and more competitions. Now, the boxers are getting more exposures. That way, it’s not an easy one…it’s a pretty tough tournament,” said Sarita.

On her opponent Simranjit Kaur, Sarita said it was a tough bout.

“She is young, energetic and is the silver winner of World Championships. I was confident of winning…though she is young but experienced. The credit goes to my hard work and the support of my family especially my husband,” she said adding that it was in 2016 South Asia Games where she had won gold.

On the news generation boxers she said that they are lucky unlike them.

“We had to struggle a lot. We got the facilities and sponsors only after playing in the Olympics. But these younger kids are getting all the facilities including the service of the foreign coaches besides the exposure trips. They should dream big and perform better than us. The government is also providing the facilities,” Sarita added.

She also expressed hope that the Indian boxing will go to the top if the current system the way the Boxing Federation of India (BFI) is doing.

Deepti Martolia is a yoga instructor who has been practising and has over a decade’s worth of experience in yoga. She is also the...
Read more
Boxing

“Life Outside the Lines” is a new weekly column in collaboration with one of India’s promising Gen Next player, Mukund Sasikumar. With candid honesty,...
Read more
131,008FansLike
12,136FollowersFollow
7,155FollowersFollow 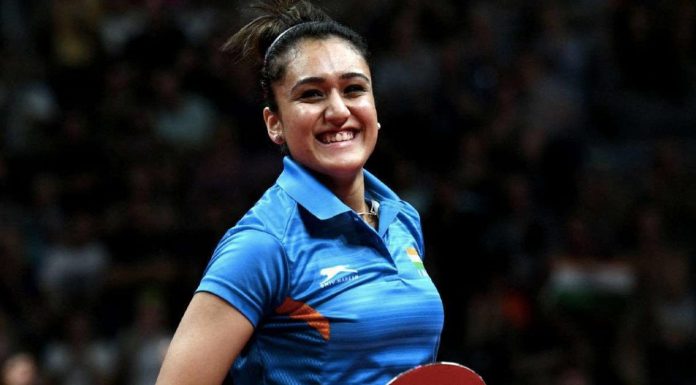