The documentary has been titled 'I Rise' and is being made by Manipur filmmaker Borun Thokchom. Films Division, Mumbai is producing the film and it will be released soon. 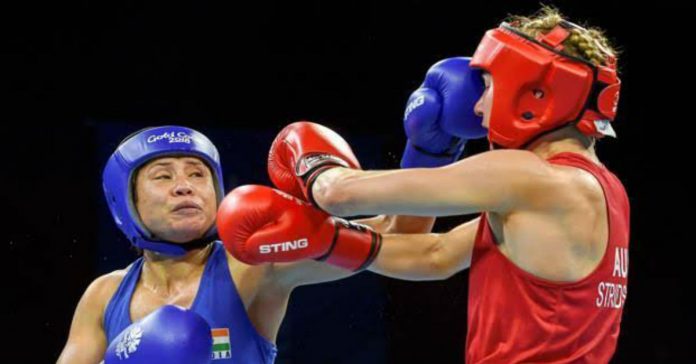 The story of boxer Sarita Devi is all set to be narrated as a film. The documentary has been titled ‘I Rise’ and is being made by Manipur filmmaker Borun Thokchom. Films Division, Mumbai is producing the film and it will be released soon for public viewing.

Devi is an eight-time Asian Championships medalist and she has experienced many ups and downs on her way to sporting excellence. Boxing followers believe that she hasn’t got the due recognition which she deserves.

One of the lowest ebb of her career was the 2014 Asian Games in Incheon. The ace boxer clinched bronze medal in 57-60 kg category but she refused to accept the medal after protesting against the match decision. While many felt that the Manipur boxer was right in her approach, AIBA suspended her for the ‘disrespectful’ act. The 52-minute documentary starts off with that incident.

“She (Sarita) says that she was very much aware that she will be expelled from boxing but she was protesting so that this kind of injustice doesn’t repeat to other boxers,” director Thokchom told The Bridge.

Thokchom further said that in spite of the fact that performing so well over the years, Sarita is somehow underrated and he felt the need to highlight her life through this documentary.

“I felt that Sarita is somehow neglected even though she is equally doing well like Mary Kom. So as a filmmaker I felt that it’s my duty to highlight her life and her struggle,” he said.

The filmmaker has also tried to highlight the efforts of Devi to uplift the aspiring sports persons.

“In spite of her fame and glory, she is passionate about empowering people who are marginalised and runs an academy that trains and encourages destitute children to create an identity through boxing,” he added.

Devi was born in Thoubal Khunou in Thoubal district in Manipur to a poor family. She was honoured with the Arjuna Award in 2009. Devi and Mary Kom – both the contemporaries from Manipur have an exceptional record in women boxing in the last two decades.

Last year she won gold in the India Open Boxing tournament in Guwahati which she dedicated to her mother who had passed away in the previous year.