A doctor attached with the Indian boxing team on Monday tested positive for COVID-19 even as all the pugilists who have assembled for training in Patiala came out negative but stared at a possible suspension of the proposed camp due to the development.

The 11 boxers, including Asian Games champion and world silver-medallist Amit Panghal, will be retested as they were at the same quarantine facility with the doctor. “Dr Amol (Patil) was in quarantine in a centre outside the main campus of national Institute of Sports (NIS) Patiala. As per protocol, before he is allowed to enter main hostel and sports arena, he was given the COVID test on the 7th day (of quarantine) and tested positive,” the Sports Authority of India said in a statement to PTI when asked about the development.

“He has been shifted to the state-run COVID centre. Those who are identified as primary contact will be tested tomorrow. The quarantine period for all persons staying in the same quarantine facility has been extended by one week. The centre has been sterilised as per protocol,” it added. The boxers have, however, tested negative but will undergo a second round of testing on Tuesday. “Dr Patil is completely asymptomatic, not even mild symptoms are there. He will recover soon enough,” said a source close to the team.

Patil has been a regular in Indian boxing and travelled with the team to the 2018 Commonwealth Games and the world championships last year. The pugilists were due to start training later this month or early in August after the Boxing Federation of India got the SAI nod to conduct the national camp amid the pandemic.

The conduct of the camp is currently being overseen by SAI after the Delhi High Court stayed the sports ministry’s recognition to 57 national federations including the BFI. Nine Indian boxers have qualified for the Olympics, postponed to 2021 due to the pandemic. They are — Amit Panghal (52kg), Manish Kaushik (63kg), Vikas Krishan (69kg), Ashish Kumar (75kg), Satish Kumar (+91kg), MC Mary Kom (51kg), Simranjit Kaur (60kg), Lovlina Borgohain (69kg), and Pooja Rani (75kg).

Of these, Mary Kom continues to train at her home in Delhi as attending the camp was optional. As per the SAI’s safety protocols for training, boxers have been barred from doing human sparring, told not to access the ring and use their personal equipment for all forms of training. They were to be offered cover for COVID-19 in their medical insurance, as per the SOP made by the BFI. The boxers and the federation also have to sign consent forms acknowledging the risk of resumption before being allowed back at the SAI centre. 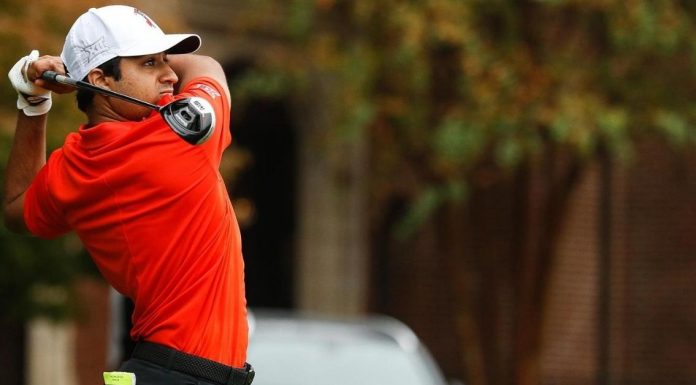 Press Trust of India - Modified date: August 14, 2020
Marching on in splendid fashion at the US Amateurs, Indian-American golfer Aman Gupta won both his matches to enter the quarter final of one of most prestigious amateur tournaments in the world. The 21-year-old Gupta, one of the last players to get into the...
Read more