Boxers from the North East have enormous potential: Mary Kom She is the world’s number one boxer and a record six-time world champion which definitely means that she doesn’t need any introduction. There are a few sportspersons who come to define their sport in the long run because they end up inspiring an entire generation after them. Mary Kom is one such figure.

Over time, she has lifted boxing of India to the next level. Very recently, she registered a win at the Boxing World Championships in November and became the only woman to bag a medal in each of the seven editions of the tournament. Her list of achievements notwithstanding, the boxer from Manipur also runs an Academy in her home state where the talent is limitless and potential varied.

She speaks to The Bridge on the upcoming boxers of the region from where she belongs.

Here are some of the excerpts:

Mary: There are quite a few boxers who are from the North East in the current national camp, it is heartening to see them pursuing the game passionately. In our time there were very few names but if you look around today, we have a handsome number of North-Eastern pugilists right from the junior division to the youth and in the elite categories. As long as these boxers continue with their hard work and keep themselves focussed, it will be an exciting time for the boxers and the sport in the region. They have enormous potential.

It is easier to say that Manipur can become a boxing capital; see the crux lies in the fact that, potentials can only become reality when these boxers continue to excel in a sustained fashion and they just are not individual brilliance who shine once in a lifetime.

Mary: Yes people look up to me and that surely is a responsibility and an honour. I have been fighting for the last 18 years and in the course of that, I have seen how these boxers look up to me! I always try and interact with these young boxers, tell them what it takes to be a boxer of repute. They are always motivated to see me box and I also try to encourage them whenever I can. Recently, there was a set of junior boxers in the same tournament as us, I could see the admiration in their eyes when I was talking to them but like I keep saying, each of them has to really work hard to become a champion, there are no shortcuts.

Mary: It was a great victory and his win created a ripple across Manipur, in fact, the whole country. As a young boxer, it had an impression on me as well and many of my generations got inspired by his story. Manipur, in general, has always been thrown a lot of names in sports and especially in boxing. We in Manipur are basically very ‘jiddi’ (stubborn) people and it is our determination alone that has taken us so far and I will continue to motivate the next generation boxers with my performance as a player and through my academy which is already working with quite a sizeable number of handpicked boxers.

Mary: For any sport to grow, it is important to create an ecosystem and once that is implemented the benefits will start showing automatically. I am trying to do a similar model with my academy too, I am lucky to have a very experienced coach by my side who is currently in charge apart from that I also take a keen interest. I have worked closely with the coaching staff to create the player’s manuals as well as keep instructing the positives from the various sparring videos that my coaches keep sending me. There are quite a few girls who we have identified but we have a long way to go. I believe with the coordinated efforts of Sports Authority of India (SAI) and Boxing Federation of India (BFI) we can create great success stories for the future.

The academy also boasts of a state of the art gymnasium and I believe the starting point of right training is optimum fitness and strengthening and my coaches are focusing on such basic point right from the start.

Share
Facebook
Twitter
WhatsApp
Email
Linkedin
Previous articleInvesting in swimming is a risk worth taking: Virdhawal Khade
Next articleOlympic boxer says Sports Authority of India did not release money for his treatment 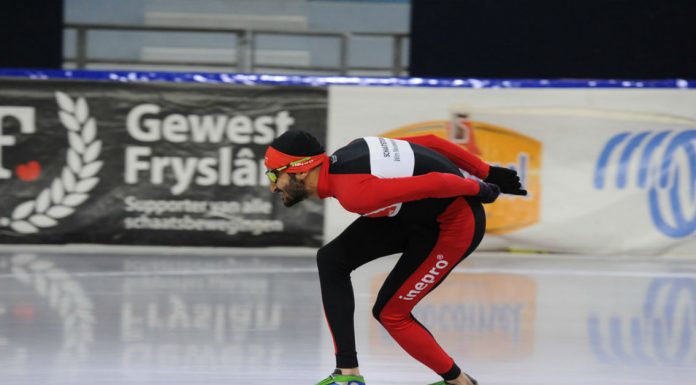