A geography teacher at a government school in Bihar's Siwan district can take pride in the fact that he has done something which is barely done by any sports teacher. 45-year-old Sanjay Pathak has helped 25 girls from the school make it to state and national levels as well as eight girls playing for Indian teams in sports like hockey, rugby, football, handball, athletics, and ball badminton.

In 2009, when two 11-year-old girls, Tara Khatun and Putul Kumari, won gold medals in athletics (100m, 200m, 800m, and 1,500m races) at the Panchayat Yuva Khel Abhiyan, Pathak realised the young athletes have huge potential, which is untapped in rural areas in Bihar. He was well aware of the lack of institutional support in the state. 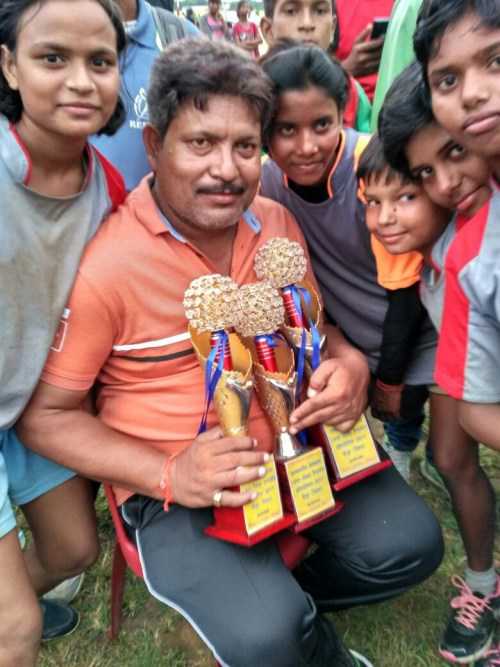 Even though he is not a sports teacher, he took it upon himself in 2016 to clear up a paddy crop-growing land in his ancestral village in Laxmipur to set up the Rani Laxmibai sports club. The club has since earned the distinction of having sent several girls from Siwan to national and State-level tournaments.

Girls at the club were routinely harassed. Young boys would trespass the ground and throw bottles at the girls, village elders even taunted Pathak for 'allowing' girls to play in shorts. He even drew the flak from his own colleagues, neighbours and relatives hounded the parents of the girls. However, they couldn't make a dent in Pathak's morale. He used to clean everything up in the morning and have a fresh start to the day. 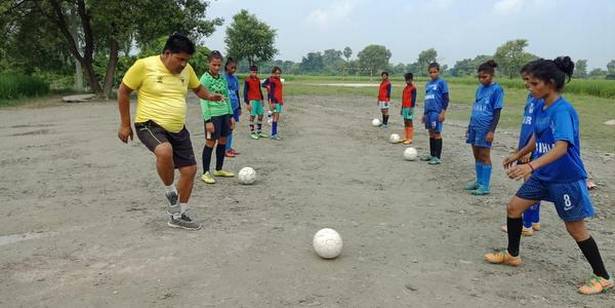 The club by Sanjay Pathak has earned the distinction of having sent several girls from Siwan to national and State-level tournaments. (Source: Scoo News)

The girls themselves were eager and Pathak managed to convince their parents to allow them to come for training after school hours and to stay in the hostel in his club. Along with the patriarchal mindset, Pathak was imposed by the caste-based problems. Dalits are not allowed to mingle with everyone but Pathak ensured that everyone sits and eats together.

Many girls have since passed out from his club, representing the state and country, with Pathak's success coming because of the government's help but despite the lack of it. His club has a gym, or trainers nor not even a proper ground, all basic infrastructure for sport. The club's one-room hostel houses 20 girls, with the older girls cooking for them all in a small adjoining kitchen. He laments that his athletes' diet may be suffering. One of the girls under Pathak's tutelage, Amrita Kumari, was called up to the India U14 football national camp. She continued to rise through ranks and in 2014 she led the India U16 team in the AFC U16 Championship qualifiers in Sri Lanka. She got called up by Kenkre FC to play in the last edition of the Indian Women's League (IWL). After appearing in the top professional league of the country, she is gunning to conquer the final frontier.

Also read: The search for India’s next Sunil Chhetri is poised to be a lengthy one

"They should get at least four slices of bread, jam, butter, two bananas, and an egg for breakfast but I can only provide dalia in the morning and egg once a week. Sometimes I worry if I am harming these girls because they don't get the nutrition they need." Pathak had told in an interview with The Hindu.

One-fourth of his salary used to run the club, which goes towards paying for food, kits, travel, and school fees for residential students, which is often not enough. Pathak believes if his students are given proper diets, a gym and other training facilities, they could win an Olympic medal.