NBA India Academy graduate Princepal Singh, a forward of six feet and 10 inches from Punjab, has signed to play in its ‘G’ League next season. Singh is the first academy graduate to sign a professional contract. Singh joined ‘The NBA Academy India’ in 2017. Throughout his time in the NBA Academy, Princepal participated in several high-profile international basketball events, including Basketball Without Borders (BWB) Asia 2018, BWB Global 2018, and the NBA Global Camp 2018.

While Satnam in 2016-17 and Amjyot in 2019 played for respective G-League teams, Palpreet remained unpicked after he was drafted in 2016.

Accordingly, Princepal will be the third Indian player to play in the G-League. He will represent the 21-member NBA-Select team. Since 2018, the NBA started giving top young prospects from across the world a chance to begin their professional careers. He will get a direct contract by the NBA. In the G-League, Princepal will be coached by Brian Shaw, a five-time NBA champion with nearly 30 years of experience as an NBA player and coach.

In a press meet on Wednesday, Princepal said, “I will try to develop myself as a player my target would be to play in the NBA league one day.”

Singh, hailing from Dera Baba Nanak village in Gurdaspur district in Punjab, knew nothing about the basics of the basketball till the age of 14. His father Gurmej Singh is an electrician. He used to play volleyball in his village. Later, he came to Ludhiana’s Guru Nanak Stadium Complex to get enrolled in volleyball. He had never even seen a basketball stadium until then. It was Jaipal Singh, coach at Ludhiana Basketball Academy (LBA), who saw Princepal convinced him to play basketball seeing his height. He was a quick learner and became a more proficient player than his peers. “I didn’t know much about basketball earlier. I watched the game in Ludhiana, and that’s how I slowly picked it up,” said Singh.

‘In 2018, Singh was drafted to play in the Indian men’s team for the Super Kung Sheung Cup International Basketball Invitation Championship in Hong Kong. Earlier this year, he was the member of the Indian men’s basketball team when they defeated hosts Iraq in the FIBA Asia Cup 2021 qualifiers in Baghdad. With the victory, India also ended their three-and-half-year drought at the continental competition.

Singh has trained at NBA’s elite Global Academy at the Australian Institute of Sport (AIS) centre of excellence in Canberra with 13 elite student-athletes from across the world since 2018. “The journey in Canberra was an exciting one. Training under the coaches and trainers was one of the best things I could have asked for. Besides, I got the exposure to play with some top-notch players,” said Singh.

The NBA G League gives top young prospects a chance to begin their professional careers while receiving mentorship and life-skills training. Singh will have the opportunity to accelerate his on-court development alongside top high school recruits from the class of 2020 Jalen Green, Isaiah Todd, Daishen Nix, Kai Sotto and Jonathan Kuminga who have signed to play in the NBA G League for the 2020-21 season.

What is a Select Contract?

A Select Contract is part of a new professional path in the NBA G League for elite athletes who would like to develop their skills as a professional basketball player before they are eligible to enter the NBA Draft.

How much will players on signed to a Select Contract earn?

What is the timeline for Select Contracts?

Select Contracts will be available beginning with the 2019-20 NBA G League season.

To sign a Select Contract, a player must be 18 years old by September 15 of the year he’ll play in the NBA G League and be considered an elite prospect.

Is there a maximum age for players signed to Select Contracts?

No, there is no maximum age for a player to sign a Select Contract, but he cannot have gone through an NBA Draft process.

Who decides which players are offered Select Contracts?

Strickland, who played in the NBA for 17 seasons and brings a wealth of collegiate and amateur coaching and administrative experience, will focus on educating elite prospects about the comprehensive components of the NBA G League’s professional path. Feaster, who had a successful 10-year playing career in the WNBA, will helm a group tasked with identifying those eligible players and overseeing the implementation of the professional path initiative. She has been serving as head of NBA G League player personnel and coach relations since last year.

How many Select Contracts will be offered?

Are players signed to Select Contracts eligible to be “called-up” to the NBA?

No – players signed to a Select Contract are not eligible to play in the NBA because they won’t yet have gone through an NBA Draft.

When will players signed to Select Contracts be eligible for the NBA Draft?

Can players signed to Select Contracts be on any NBA G League team?

Players signed to Select Contracts will be allocated to G League teams by a yet-to-be-determined mechanism which will be finalized prior to the 2019-20 season.

Does the NBA parent club of an NBA G League team a player under Select Contract is on own his NBA rights?

No –players signed to Select Contracts will all be eligible for the NBA Draft immediately following their season in the NBA G League.

Yes – While the specifics of how scouting players signed to Select Contracts will be solidified prior to the 2019-20 season, the intention is that those players will have an opportunity to be scouted by all 30 NBA teams during games and practices

What off-the-court opportunities are afforded to players signed to Select Contracts?

The NBA G League is working on the specific opportunities for players signed to Select Contracts, which will include academic scholarships, life skills training and mentorship programs. 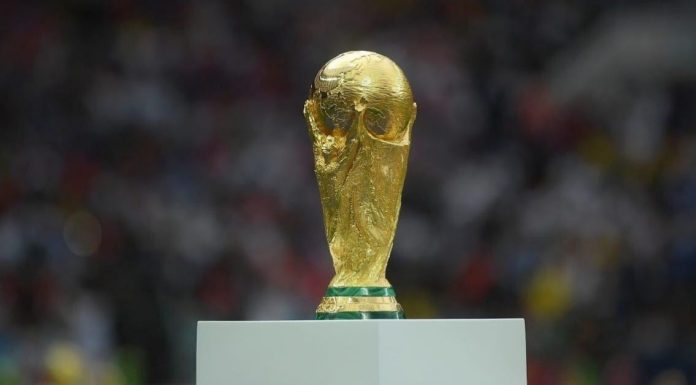 Press Trust of India - Modified date: August 12, 2020
The Indian football team will not see any action this year with the Asian qualifying matches for the 2022 FIFA World Cup on Wednesday getting postponed to 2021 owing to the COVID-19 pandemic. The Asian Football Confederation postponed all men's qualifiers scheduled in October...
Read more