Answering to a question as to how difficult it was to played basketball in Bihar during her time she said, “Bihar did not have a superb infrastructure for sports especially basketball during my time, but, where there is a will there is way. I belive hardship helps in creating the fighter in you. If the time and tide are not in your favour that is the best time to build character and that is what has made my character. Even though there were limited facilities, I managed to play basketball at the highest level and not only that I also am a 4-Dan black belt in Taekwondo. So I have played the individual and team sport and both of them have helped me shape my character.”

Neetu also pointed out that the role of parents is also very important in a sportspersons life. “I would request all parents to allow their kids to take up at least one team game and also martial arts if possible because sports help you learn the importance of winning. It helps you with team work and many things that will help shape you inside out in life. I love winning and this winning spirit is because of basketball.”

When quizzed why she did not try to play professional basketball Neetu said, “I never thought of playing professional basketball as there was no facility, no coaches and no one to guide us therefore, I guess I could never think of taking up the sport professionally.” Neetu also said that ill treatment of players also pushed her away from the game. “When I was young I used to follow PT Usha a lot. She was a celebrity back then and when the news of her being offered a clerks post in railways came to me I was shattered and may be that was the time I thought there was no future in sports. Treating a legend like PT Usha in such regard will never have a positive impact on upcoming sportspersons not back then and not today.” 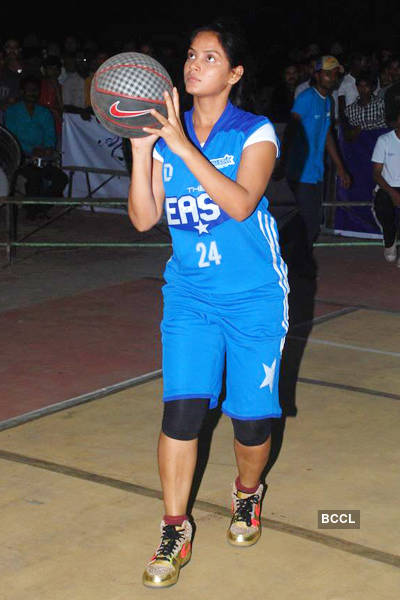 “Things have changed a lot today, players are getting recognition but still cricketers get far more attention and a game like basketball lacks it, which needs to change.” she added.

Neetu also threw some light on the role of Bihar government in promoting sports, “Bihar government hardly did anything to promote sports in the state when we were playing. There were hardly any facilities for sports like basketball, volleyball. Things may have changed today but still a lot needs to be done especially for Basketball.”

Neetu Chandra is also the first producer from Bihar to win a national award. Neetu has her own production house named Champaran Talkies and won a he National Award for the film Mithila Makhaan. The national award-winning film was directed by her brother Nitin Chandra.

Neetu also remembered late Basketball legend Kobe Bryant, who recently lost his life in a helicopter crash. “Being a basketball player and fan i always followed Kobe. He was a legend and the news of his death did shatter me.”